In our endless quest for objective data, I stopped in at Bennison’s Bakery in Evanston, IL to get the latest on their Trump v. Clinton index. With this reading, people have to put their money where their mouths are. Or maybe vice versa. Whatever. 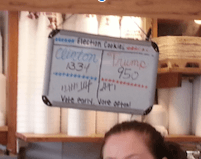 They’ve been selling Clinton and Trump cookies and closely watching the numbers and trends, posting up to the minute totals behind the counter.

Hillary is clearly running away with it, with 1346 Clinton cookies sold versus Trump’s 956 as of Noon today. That proportion has been pretty steady, Assistant Manager Katie Smigielski told me. No big jump for Hillary after the debate, but small, steady improvement in her favor over the last couple weeks, Katie says.

But: Evanston is very Democratic and liberal. Democrats outnumber Republicans three to one in Evanston, based on which ballot they take in primaries. Adjusting for that, it sure looks like Trump’s support is stronger than anybody suspects. 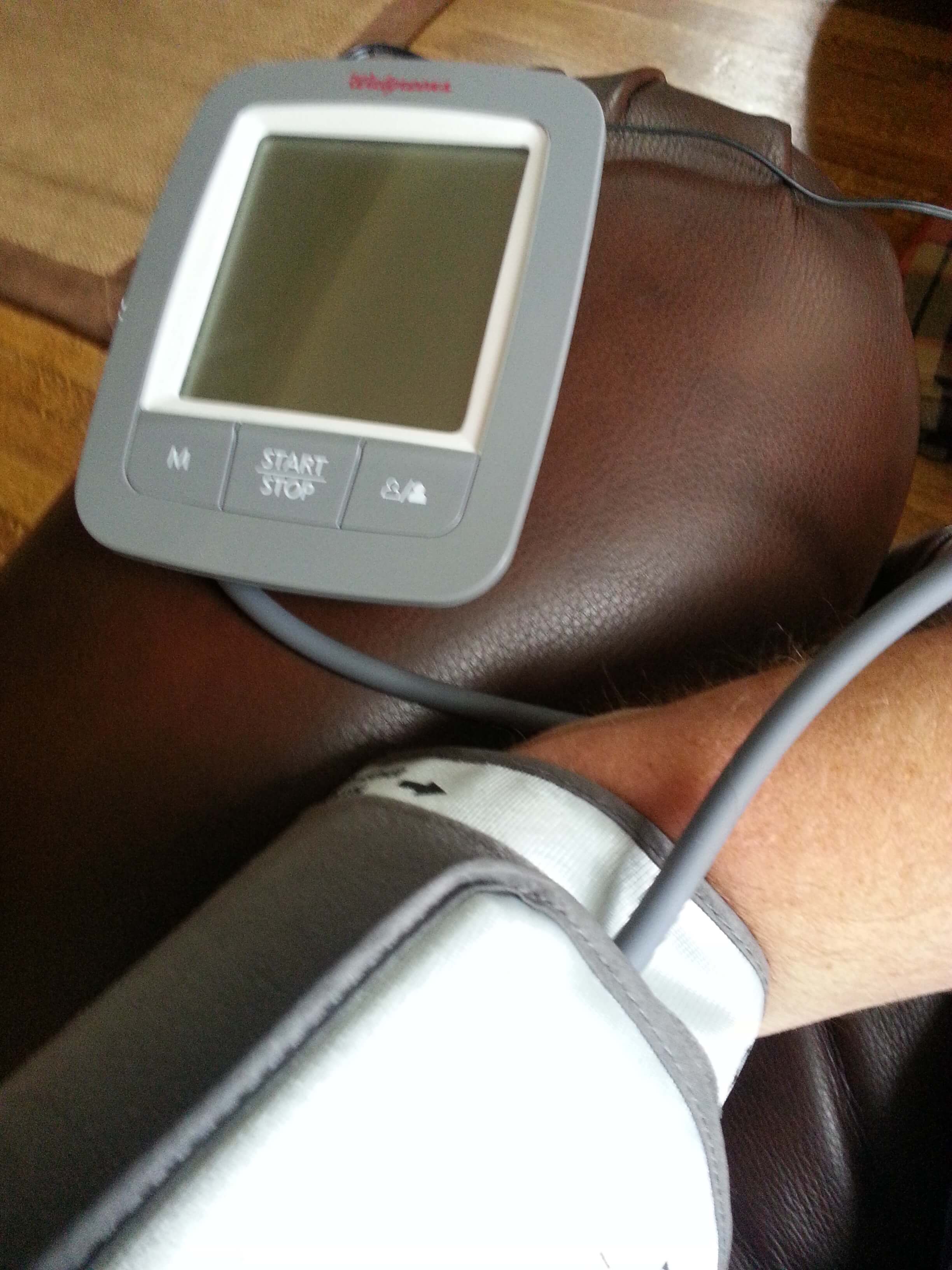 Speaking of objective data, I’ve also been tracking my blood pressure and correlating that with Chicago and Illinois fiscal problems going unaddressed. It’s a perfect 1:1. A straight line towards hypertension ever since I started writing here. Dr. Walker’s Amber Restorative apparently isn’t working, so I’ve scheduled an appointment with the doc. Time to up the meds and exercise more.

Update: This was written before the release of the the audio tapes with Trump’s comments about women.