You probably know Illinois has a huge backlog of unpaid bills — $8.7 billion as of yesterday. The state pays hefty late payment penalties on most of those bills. Through the first seven months of this fiscal year, the State spent $337.9 million on interest penalties, according to The Civic Federation.

But you may not know that the Illinois Treasure sits, indefinitely and inexplicably, on roughly $11 to $15 billion of state money (not college savings account money or funds held on behalf of municipalities), mostly in near-cash short term investments. We’ve written often about the mystery behind that. Today, that balance is $15.3 billion.

Well, a bill pending in the Illinois Senate would authorize the Treasurer to use that cash to buy invoices owed by the state.

It’s Senate Bill 2858 and it raises all sorts of questions. For starters:

•  How much of his money would the Treasurer use for this? It’s the last money we have in the piggy bank, and the state ought to be extremely careful about how it’s used. The bill would exempt only money set aside for bond payments, which isn’t very much of what the Treasurer holds (less than $2 billion, I believe, based on data I got through a FOIA request a couple years ago).

•  Why give the Treasurer sole authority to decide how much of this money to use for this purpose? Treasurer Micheal Frerichs, in my opinion, is among the last people we should give that authority to. See our earlier articles about his grandstanding and playing activist social justice investor with our money.

•  Whose receivables would the Treasurer buy, or not buy? Political friendlies? Those he deems most worthy? Would he buy them at a discount or a premium? 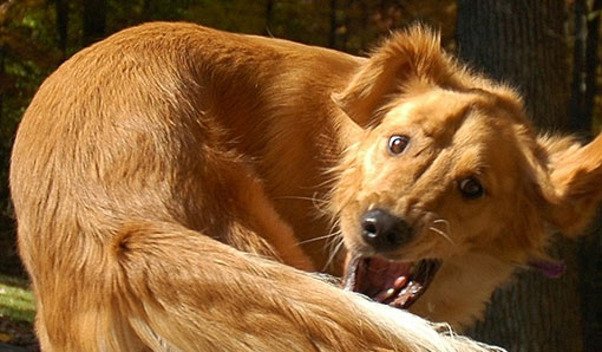 •  Why not just use the money to pay the bills directly? The accrual of late payment fees would be lower on what the Treasurer would buy under the proposed law, but why is that better than direct payment? The whole concept of buying your own invoices is like a dog chasing his tail.

I emailed the bill’s sponsor, Sen. Heather Steans (D-Chicago), for some answers but got no response. The bill appears to be serious, having gone through committee and set for a second reading.

Currently, the state lets certain companies buy the invoices owed to vendors under the Vendor Assistance Program. Those companies pay the vendor upfront then pocket the payment that comes from the state together with any interest or penalties.

That program has been criticized because the companies doing the purchasing have had political connections. Former Governor Jim Edgar, according to  the Chicago Sun-Times, was “cashing in” this way, serving as chairman of one such company. Other companies doing most of the purchasing, according to the Sun-Times, include one founded by Madigan aide-turned-lobbyist Brian Hynes and Patti Solis Doyle, a former campaign manager for Hillary Clinton whose brother is Ald. Danny Solis (25th).

The bill would make the Treasurer a qualified purchaser under that Vendor Payment Program.

Currently, the Treasurer’s $15.3 billion is earning just 1.5% per year, being in investments with an average duration of just under a year.

Maybe there’s some sense to using some of the Treasurer money for this purpose, but the questions I’ve listed and more need to be answered thoroughly and the program would have to be strictly controlled with far more detail than is in the current bill.

The relevant part of the bill is reproduced below.

*Mark Glennon is founder and Exec. Editor of Wirepoints. Opinions expressed are his own.

The Democratic Party brings us these kinds of governing gems. The Democrat Party should be banned in Illinois, all its leaders forbidden to leave their homes.

If the state pays 1% interest per month on all bills that are more than 90 days past due, why not create a Taxpayer Invoice Investment Fund where I can “invest” my money in overdue invoices (pay them myself) and the state pays me back at a lower interest rate? The state could cut its interest/penalty costs in half and I could get a return far better than the market would provide on a risk free “investment” because the state can’t declare bankruptcy. Treat it like an open market with taxpayers “bidding” their services at competing interest rates and loan… Read more »

The state is now handing out free abortions, we seem to have money for that but not a vendor who provided tangible value in the form of goods or service? I guess killing off low income babies saves money?

Wow, you can’t make this stuff up. The Dem legislators spend their time and efforts creating ways to “manage” the disaster caused by years & decades of fiscal irresponsibility — instead of changing the course of the “Titanic” and becoming fiscally responsible spenders.