UPDATE 11/4/18: Northbrook residents apparently woke up. At today’s caucus meeting, more than 400 residents showed up at what turned out to be more of an endorsement session. More moderate voices have made their opinions known and, according to one resident I spoke to, it was clear that the caucus committee was improperly functioning more like a partisan political party, and most attendees saw through it.

I’ve heard from several Northbrook residents over the past couple days who’ve been stunned to find what their obscure caucus election system may be about to inflict. A couple broader lessons are at hand. 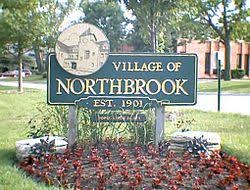 It’s run by a board comprised of the village president and six trustees.

Three of its board members are up for reelection – incumbent, experienced members who appear broadly popular and nonpartisan. But thanks to what appears to be a skillful power play in the village’s caucus system, they may be getting shoved aside in favor of three challengers chosen for their position on social justice issues and hot button national political topics. A detailed Patch article is linked here.

I confess ignorance about how screwy the caucus system can be and, evidently, lots of Northbrook residents have been remiss, too.

The system usually turns on who gets slated by the Northbrook caucus’ 10-member candidate selection sub-committee, I’ve learned. That already happened, and the three new challengers were approved by the caucus’ committee as a whole.

But who sits on those committees? How did three newcomers get slated with so many residents being unaware? Technically, every resident is a member of the caucus, but those I talked to are scratching their heads about when and how the call went out for formation of the selection committee.

“The lack of transparency in selecting committee members and in interviewing candidates is very disappointing. I’m also concerned that this is an effort to hijack the Village Board to adopt a far-left ideological agenda,” said T.J. Brown, a Northbrook resident I spoke with. He said he’s worried about “sidelining real issues for the board to focus on like residential and commercial development, infrastructure, police and fire protection, and zoning.”

“I also worry that our community will be torn apart,” Brown said. “I’ve witnessed other local communities suffer from the personalization of political issues. I prefer to look at my political opponents as just that —  opponents. They are not enemies, but neighbors.”

On that, Brown cited involvement of somebody he’s right to be concerned about. Guess who? Our old friend here at Wirepoints, State Senator Dan Biss (D-Evanston), who indeed has taken an active role helping the challengers in Northbrook. For some insight on Biss, see our recent article about his encounter with my colleague, Ted Dabrowski. A few years ago, Biss cast off his moderate image and chose to become champion of Illinois’ extreme left.

Apparently, however, the final result is still to be determined, A full meeting of the caucus – all residents — will be held at 2 p.m. Sunday at Northbrook’s Wood Oaks Junior High School. I haven’t been able to get a clear understanding of how the rest of the process will work, or how difficult it will be to overcome the slating that’s already completed. What I would say is Northbrook residents better skip watching tomorrow’s Bears game and get to that meeting (unless they’d prefer to have their town managed like, say, Evanston).

That’s one broader lesson from this: Folks who live in communities with caucus systems should study up and pay attention.

The second lesson is about the new, far left’s organizational skills at the grassroots level. No less than Steve Bannon, despised by the far left, has been making a regular point of saluting them for how well-organized, determined and effective they’ve become at street level politics, nationwide.

Northbrook stands as an example.

January 14, 2021
Mike Madigan’s tenure as House Speaker is over after nearly 40 years at the helm. In his place, Democrats have elected Hillside Democrat Emanuel “Chris” Welch to lead the chamber. Madigan’s loss of power is a monumental change, but just because he’s gone it doesn't mean Illinois’ problems are over.
View Comments (44) | Add Comment