In another display of utter dysfunction, Illinois’ state legislators have botched the implementation of their most recent pension “reform” – a new Tier 3 retirement plan. That plan lets new state workers choose between the existing Tier 2 defined benefit pension plan and a new hybrid plan that contains both a defined benefit and defined contribution plan. 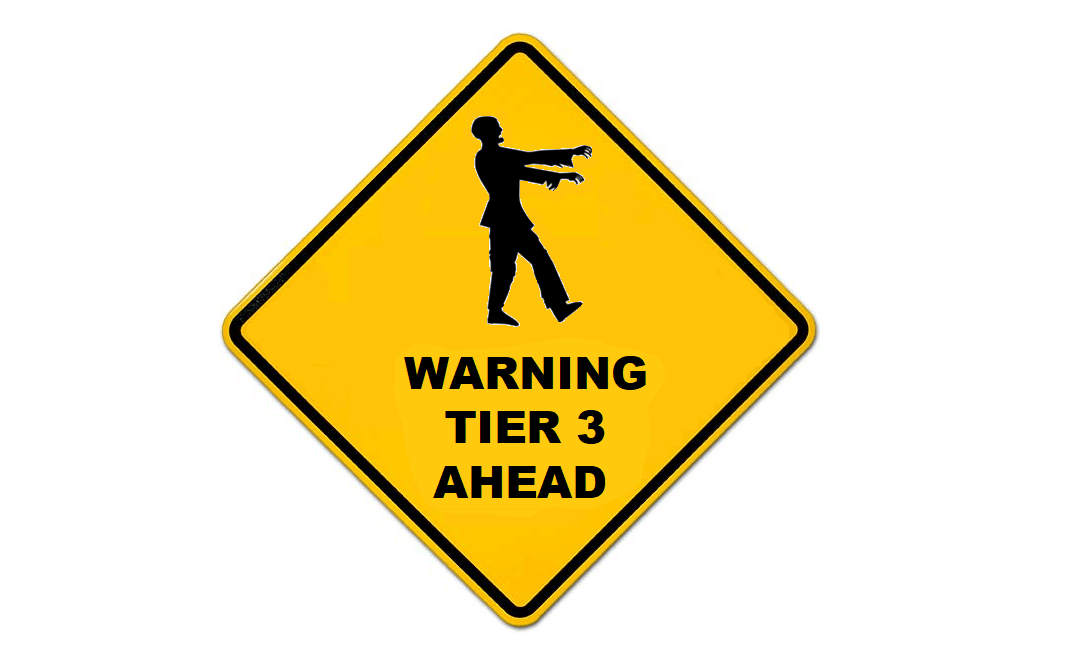 Tier 3 was shoved into the state’s omnibus budget bill back in July of 2017. It was one of the token gifts given to Republicans in exchange for their help in overriding Gov. Bruce Rauner’s veto of the 2018 budget.

Now, nearly a year and a half later, the Tier 3 hybrid plan hasn’t been implemented. And there’s little sign of any action on it. The law that originally created the plan needed lots of fixes for it to work, according to the state’s retirement systems. But the bill that makes those fixes has been stuck for months in the House Rules Committee. That’s where bills go to die.

So nothing is happening, and Illinois’ pension shortfall continues to worsen each day. That matters when you consider what JP Morgan recently said about Illinois pensions – that the state may eventually need bankruptcy protection because of its overwhelming debts. Read Wirepoint’s take on that here.

What’s fascinating about all this is that few know about the failures of the Tier 3 implementation. And nobody is reporting on it. Nor is anyone being held accountable. Scour the press and you’ll see nothing recent on it (only the Illinois News Network covered it well last year, highlighting the implementation problems).

The debacle is not surprising. Nobody that I know has ever seen any financial analysis of the Tier 3 plan that was passed, or where any savings might come from. Neither Gov. Rauner nor any of the bill’s sponsors ever released any numbers publicly.

And given that the Tier 3 plan was shoved into the 700-page budget bill that nobody had the time to read, I’m convinced that few actually knew the details of the plan anyway.

Originally, the legislature was optimistic enough about the new Tier 3 that it budgeted $500 million in savings for the 2018 budget. Those savings never came about since the new plan was not implemented. Wirepoints wrote about that predictable outcome back then.

By the time the 2019 budget came around, nobody even bothered to budget any savings, seeing the plan was going nowhere.

The 2018 budget ended up passing, but when it came time for execution of the new scheme, many problems were identified by the retirement system administrators responsible for implementation. For one, did the Tier 3 hybrid come with retiree health care benefits or not? That’s an important consideration for new employees who will be given the choice between the existing Tier 2 plan and the new Tier 3.

Questions about survivor benefits and IRS regulations on the Tier 3 plans plans also needed to be addressed, in addition to a host of other smaller items. All those details, big and small, had to be fixed before Tier 3 could be offered to anyone.

Both caucuses and leadership reportedly worked to put together a new trailer bill, SB 779, that properly addressed all the needed fixes.

Then it all blew up. Republicans reportedly united in opposing the new law, largely because the pension bill favors Chicago. Unsurprisingly, Chicago Public Schools had been carved out of the Tier 3 plan.

That meant one of the most important reforms in the law, that local governments begin covering the cost of their own yearly Tier 3 costs going forward, would not apply to Chicago. The state, therefore, would continue to foot the bill just for Chicago. Republicans said it was another bailout.

It wasn’t just the Republicans who opposed Tier 3, though. The union-backed Center on Tax and Budget Accountability said it didn’t save enough money and wasn’t worth it. Not surprisingly, the CTBA opposes any form of defined contribution plan.

For now, the fixes for Tier 3 sit idle in SB 779, waiting for one last shot before the bill dies at the end of the year. If the legislature fails to act before then, attempts to revive the Tier 3 plan will have to start over with a new bill and a new General Assembly.

If nothing is done, Tier 3 runs the risk of becoming zombie legislation, a half-done mess stuck in Illinois’ pension code.

Tier 3 was a poorly-constructed compromise made by a divisive and disorganized General Assembly.

What’s worse, it’s just another law in a long line of distractions, from pension obligation bonds to the original SB1, that have kept lawmakers from addressing the pension crisis head on.

Voluntary hybrid plans, no matter the form, are not the real fix for what’s wrong with Illinois pensions. What’s really needed to fix Illinois is the subject for a whole other piece.

But the debacle does serve to show just how dysfunctional Illinois is. A two-year budget impasse wasn’t enough of a crisis to bring about real change. It appears that only true upheaval, perhaps even bankruptcy, may be the only force that leads to real action.

Before bankruptcy becomes the only available way to escape from the ever growing public pension liability that is swallowing up all the tax revenue of the state, the Illinois Constitution, Article XIII, Section 5; Article VIII, Section 2(b); and Article IX, Section 6 must be repealed and amended.

Let’s hope we don’t need a true upheaval–that would be something like Puerto Rico. In the show “Frontline, the Pension Gamble” that one Kentucky teacher admitted she might not get the pension she’s being promised. Maybe if you get a lot of people like her there could be some changes.