Step back from the trees and see the forest as you go through the “grand bargain” legislative package Springfield is considering. The details matter less than one overarching question about breaking the death spiral Illinois is in:

Will the grand bargain slow the flight of people and employers from Illinois or accelerate that exodus?

I hope you already know why that question is paramount. Nothing matters unless the exodus is stopped. State revenue is declining. The tax base is shrinking. Debt is growing. The deficit is accelerating. Employers are leaving. If the result is more flight the death spiral will quicken.

You can answer the question as well as anybody. It’s as much a matter of perception and psychology as policy and detail. And debate all you want about fairness and and merit; this is about how it would be received and perceived.

I’ll run through the elements of the grand bargain, but keep two points in in mind that aren’t apparent from the bills themselves.

First, there is indeed, as grand bargain supporters argue, much to be said for getting a budget passed — any budget, maybe even if it’s phony and unbalanced. A budget for the remainder of this fiscal year is part of the package. More money would flow quickly to starved social service agencies and others dependent on state money. I, for one, would like to see at least some of that restored. That money would come from release of at least some of the $13.2 billion now sitting unused with the Illinois Treasurer because it has not been appropriated or budgeted. It would also come from tax increases if grand bargain supporters prevail. And it’s also true that want of a budget is itself a reason why people are losing confidence in the state and fleeing.

Second, don’t think for a minute that anything close to a truly balanced budget would result even if all the new taxes in the grand bargain become law. As we and others have documented repeatedly, government budgets are nearly meaningless. Illinois’ true deficit is not the $4 to $7 billion commonly discussed in Springfield and the press but more like $13 to $15 billion and maybe more.

Here are the other 11 elements as they stood last week that, together with a budget bill, comprise the grand bargain. Keep in mind it’s all subject to revision as it is renegotiated this coming week:

So, you decide. Will the 50% of Illinoisans who already tell pollsters they want to leave change their mind? Won’t they ask how this fixes anything? Where are the “concessions” from those who destroyed the state? More taxes, more borrowing, further deficits and little else? Fairly or not, won’t most people focus on just that last bullet point — a huge tax increase? 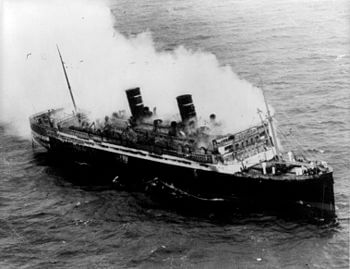 Illinois should be compared to a badly damaged ship taking on water and far from a safe harbor. Worse, an intense fire has now broken out — which is the exodus of our tax base — and extinguishing that fire should be the priority. Some of the crew needed to save the ship are abandoning it. Others are looting it. A fight goes on between two groups of officers trying to steer the ship in different directions — Governor Rauner and the majority in the General Assembly. But for now, all eyes are on the fire because, unless the loss of our tax base is reversed, everybody is doomed.

There’s a short answer to what Illinois should be doing, ideally, to address its crisis. Everything ever mentioned — dozens of things large and small we’ve written about or linked to on this sight that would reform the state’s operation and improve its climate for employers and taxpayers. I can think of no proposal made by anybody that’s too drastic given the scope of our problems. If a tax increase is unavoidable for solving the near term budget crisis, it should be presented as a temporary bridge to reforms that will take years to have an impact.

The General Assembly will have none of that, which is why Governor Rauner should be thinking about that sinking, burning ship analogy. He doesn’t control the whole ship, but he still has access to its public address system. He should use it to lay out both a short and long term vision to discourage more from jumping ship. Maybe he should be clear that we’ll go down unless he gets full control of the ship, which is to say he must get a new legislature in two years.

But he can’t ignore what his passengers see — that the ship is listing and on fire. It’s time to fight his way back up to the bridge and use the microphone:

This is the captain speaking. Here’s our current situation…. Here’s where I must have your help… Here’s how we’ll get this ship safely home….

One of the worst parts of the grand bargain is that Illinois is now attempting to manufacture laws that will essentially make their junk bonds “risk free”. Wow risk free junk bonds, that’s a lot like “free college”. By guaranteeing payment to bond holders over taxpayers in the event of default to make loaning to Illinois more palatable. The state is basically creating an FDIC equivalent for its crappy bonds and using the taxpayers as the underwriters. Fist we got shafted by law in the Illinois constitution, now we can get shafted by a government distorted bond market, by law.

People of Illinois; Go to illinoispolicyinstitute.org and read the balance the budget info! Very enlightening! Everything mentioned in those articles needs to be implemented ASAP; not the feces and excrement in the “Grand Bargain” ! Then call the “prostitutes” in the General Assembly; who only care about themselves and get in their FACES; real hard. Also; Why don’t we just model the policies put in place by other successful states with strong economies?

Please look at Census Bureau numbers. The Illinois population decline did not begin until after Rauner was elected and the state had no budget. Even if you are correct in stating that the true annual budget shortfall is 13-15 billion, which I think is a wild exaggeration but whatever, isn’t closing 5-7 billion of that better than doing nothing at all? Guess what: courts can and will order tax increases at some point if politicians fail to do so, as the ruling in Kansas yesterday illustrates.

People didn’t just up and leave as soon as Rauner arrived and the budget stalemated. It takes years to relocate — find a new job, sell home, etc. so blaming Rauner just doesn’t fly. The $13-15B estimate is hardly a wild exaggeration. U of I economists and Jim Nowlan came up with the same number. The link in the story is to an earlier one with those sources. It’s not hard to calculate. Look at the current run rate of cash loss (about $8B per year) and add the things that aren’t in that number such as the underfunding of… Read more »

You’ve made this simplistic observation before. Illinois’ bigger problem is its fastest growing demographic consists of elderly people whose retirement income isn’t taxed. Just 5 years ago, there was a 12 percentage point differential between people under 18 versus over 65. That’s down to 8.8 now. That doesn’t bode well. You don’t need to leave Illinois to negatively impact state revenue, just retire. But honestly, I would expect a slightly deeper dive into the numbers and more insightful remarks from a professor. You’re cherry-picking of dates and spouting numbers with little to no context is lazy work, even for a… Read more »

I guess that’s what happens when the free money quits coming in.

You got me when the intense fire broke out on the badly damaged ship.

November 28, 2020
Illinois has announced $2 billion more in additional borrowing from the Federal Reserve. Only one state or city in the entire country has borrowed from the facility since its inception: the state of Illinois. All others have successfully raised billions from the traditional markets during the pandemic.
View Comments (31) | Add Comment