The average Chicago voter should understand what’s really going on with the pension bond the city is considering, so here’s a plain English version for folks who don’t usually follow these things. 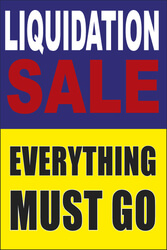 This is important because the city is now looking hard to find whatever it owns not nailed down that it can sell of to lenders. More on that later.

The city initially wants to borrow $10 billion through a bond sale and give the the money to its pensions. Those pensions effectively are in debt to the tune of about $28 billion, according to the city. It thinks the pensions can invest the money in the stock market and earn more than the city will have to pay as interest on the bond.

But this would be no ordinary bond sale, and that’s what you must understand. The city would use the new “securitized” bond idea. Don’t let your eyes glaze over — it isn’t that complicated.

With a securitized bond, the city actually sells full ownership of some asset, and that asset is used to to make payments on the bond. That asset is revenue flowing to the city. Chicago has already started selling that off those assets. Last year, it sold 92% its future sales tax revenue as a way to raise money for other purposes.** It’s like letting a lender complete a foreclosure sale prior to the loan being made.

It’s like asking your bank to give you a loan on good terms by offering to sell them your future paychecks. That might be illegal for a bank to do with you, and it probably should be for Chicago, but that’s the idea.

However, securitized bonds are like ordinary loans in major ways. The revenue that’s sold is only for enough years to cover repayment of the bond, and any excess beyond principal and interest gets returned to the city.

So, why do a securitized bond instead of an ordinary bond? After all, ordinary bonds, like ordinary loans, are often backed up by mortgages and liens on future revenue.

The answer is that, while you might think the prospect of Chicago going bankrupt is farfetched, the bond people don’t. Mortgages backing ordinary bonds, they fear, might not hold up in bankruptcy. To lend to Chicago and many other troubled Illinois towns and cities on reasonable terms they wanted something they hope will be bulletproof even in bankruptcy. The Illinois legislature gave them just what they want. Last year, the state authorized securitized bonds under a new law written to get them as comfortable as possible.

For ordinary Chicagoans, as opposed to bondholders, that’s exactly the problem. The risk is that bondholders will take everything. That risk exists regardless of whether its a formal one (which the state would have to authorize) or just a gradual descent into the abyss.

A city has to be able to use its revenue and other assets to pay for services. Otherwise, it can’t function, even under a formal bankruptcy. If everything is liquidated or diverted to pay off lenders, you might as well put up the “going out of business” sign. It’s called an “assetless bankruptcy.” The bank has first dibs on everything. Services and taxpayers be damned.

Is everything really being hocked? Chicago certainly appears willing to go in that direction. It hasn’t yet identified what assets it would sell off to back the $10 billion pension bond, but I am guessing that would be the new telecom and sewer charges it authorized last year. There’s not much left that’s not already mortgaged.

Worse, as reported by the Chicago Sun-Times, Chief Financial Officer Carole Brown told aldermen the city may sell even more than $10 billion in pension obligation bonds if there’s enough available city revenue to support it. In other words, she’s looking around for more stuff to hock for even more borrowing to fund pensions.

“Alchemy turns Chicago’s junk into gold.” That’s how a Bloomberg article described securitized bonds. “Cash for body parts” is how I described it earlier.

For additional details on the proposed Chicago bond, our earlier articles are linked here:

**Update 9/3/18: The asterisked sentence was revised to clarify Chicago’s securitization so for. To further elaborate, Chicago conveyed ownership of about 92% of its future sales tax revenue to a separate corporation, STC. The city then authorized up to $3 billion of bond offerings by STC backed by the sales taxes that were conveyed. Chicago proceeded with two bond sales in December 2017 and January 2018 for $744 million and $680 million, respectively, for a total of $1.4 billion. The city retains a residual right that returns to it the sales taxes sold beyond what’s necessary to cover principal and interest on the bonds, but subject to strict coverage ratios. New bonds cannot be issued using the sold tax revenue unless total sales taxes for the previous year exceed 400% of total sales tax collections for the previous year.

It is also Alchemy for creating Dark Money political contributions – potential underwriters try to out give each other in secret super-pacs affiliated with Mayor to get a shot at bonds, in addition, hedge funds private equity are donating in hopes of investing the proceeds

These “bonds of last resort” remind me of the episode of Twilight Zone 1986 “The Card” on you-tube.

We can no longer deny existence of the overwhelming Opioid Addiction Epidemic that has become one of the major causes of death in America. While, casually unaddressed, is the similar addiction to uncontrolled government (political vote buying, patronage, corrupt, and pure stupid) spending, and the ever ballooning, out of control, public debt (that’s your debt) that will never be repaid and is even more deadly destructive because it directly affects innocent people by imposing higher and higher taxes and fees. Our elected officials just CMA and “kick the can” down the road – that can of worms that doesn’t disappear,… Read more »