Five years ago this week I almost died off a beach on the Atlantic near Fort Lauderdale. I tell this not just because some of you are heading soon to a beach for spring break. Instead, regardless, you can take away from my experience what I did.

I had enjoyed swimming in waves all my life. I’d been pulled out before, but no big deal. I float easily, and swimming to the left or right as you’re supposed to always avoided the current.

But I was smart and cautious, I thought. I knew it’s usually middle-aged guys who have swimming accidents because they aren’t aware how much strength and buoyancy they’ve lost, so I decided just to stand in the water about waist deep. The waves were coming in but weren’t very big — three feet or so.

After a few minutes bouncing up and down in the waves, my feet no longer touched the bottom, so I swam toward the shore. I looked up and saw I was farther out, so I swam harder. Still no progress, so I turned left — south — horizontally to the beach, to get out of the current.

The waves seemed to pick up, though I’m still not sure if they really had. They were breaking on top of me, pushing me under and pulling me farther out. I turned in towards the shore but still got nowhere. I got tired and cold. I knew I was getting in trouble. I swam harder.

Catching any air became a struggle and I was getting exhausted fast. I looked toward the beach and, treading water, yelled for help and waved. I could occasionally see my wife and two kids up on the beach. They had no idea I had a problem. Few others were there. The waves were too loud for anybody to hear. I yelled as loudly as I could but realized that, too, was wearing me out and wasting energy, so I turned and swam again left and towards the beach.

Now the waves became dark, powerful and ugly, smashing me me down hard then pulling me out into deep, cold blackness. Getting my face up often enough to breath was everything. I was utterly terrified, and I knew panic and exhaustion were what I had to overcome to live.

“Stay rational and conserve strength,” I kept telling myself. “Think.” I tried just floating but only got pulled out farther and still struggled for air. I fought again to get off to the side, but I could see the treetops on the beach often enough to know I wasn’t getting closer. 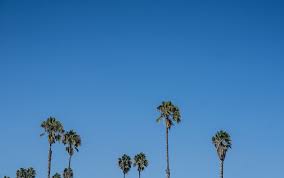 It’s those green treetops against the blue sky in the distance that I remember most, and the longing just to be in that world again.

It occurred to me that, when I went in, the waves weren’t coming straight in but diagonally — out of the east-southeast. Maybe I had been swimming upstream in a way, and maybe that’s why I made no progress, I thought. I had a decision to make: Should I turn and swim the other direction?

If I turned around, I figured I would at least have to get back to where I started and then beyond. I actually thought about the probability I’d have enough energy to get back to where I began. One out of three, I clearly remember thinking. Better that than what I was doing, so I turned to the right and swam as best I could  — west-northwest towards the shore and still hoping to get out of any current. I now felt I was at least moving. I couldn’t swim more than a few strokes at a time, stopping to try to tread water long enough to gulp air and hoping I’d feel the bottom.

I did, at last. I hit a sandbar and could stand up — barely. It took a couple minutes to puke seawater and regain enough strength to wave and yell. I got the attention of an off duty lifeguard who came out and got me.

I lay on the beach until an ambulance came, crapping in my trunks, shivering and still puking seawater.  My heart was racing out of control and wouldn’t drop — atrial fibrillation. At the hospital they put the clappers on me, which is like hitting the reset button. That worked. After one night in the hospital, I had no further problems, except every muscle in my body was totally spent and sore for two weeks.

I had none of the common near death things. My life didn’t flash before my eyes, and there was no burst of light. I had no moment of religion or prayer, but then I’m not religious in a conventional sense.

One odd thing may have helped save me. I rarely read fiction, but an old friend from school, Bill French, had often talked about how much he liked Hemmingway’s For Whom the Bell Tolls. I finished it the day before the event. It’s the ending that’s powerful because of how the key figure, Robert Jordan, faces death with mental composure. I hoped as I read it that I could manage the same when I’d be looking at the end. I think that made a difference helping me maintain concentration and avoid panic. Thank you, Bill.

I’ve never had a bad day since. It’s like I have a magical gem in my pocket I can whip out whenever I’m down or feeling sorry for myself. It’s gratefulness for the very simplest forms of life — leaves, bugs, everything. Fresh air flowing into my lungs and firm ground under my feet. Green treetops against a blue sky. They’re magnificent now and I treasure them often each day.

Know that you have the same gem in your pocket. Use it when you need it. Take pleasure in it.

And respect the water.

This explains so much about you and why you do what you do. Thanks for sharing. Making my kids read it before the summer!

Amazing story and how incredible you reacted to save yourself ! I think you should print this story every Memorial Day when the unofficial summer begins. I’ll link to it to send my adult kids. Frightening how it can happen so easily !

Great story Mark. It is stories like these that make the problems in Illinois less important. Sure, Illinois is in trouble, but there are too many people with lives here for it to all just go down for certain. Life is very short, and this state bringing us down so much really does no one any good.

Thanks for that life affirming testimony. Harrowing, humbling.
Well told.