Here’s something you don’t see every day: Chicago’s progressive Reader aligned with conservative Breitbart. Both had articles Wednesday slamming the Obama Center to be built in Chicago’s Jackson Park. 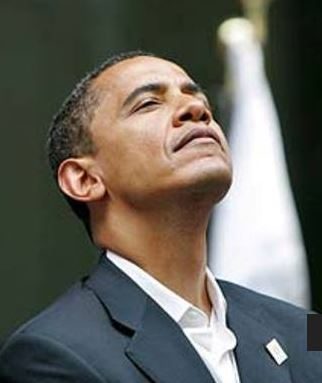 And everybody in between, it seems, is upset with the proposed center for one reason or another. The community organizer has managed to inspire unusual unity:

•  Fiscal conservatives worried about our insolvent state object to how some $200 million was quietly appropriated in Illinois’ recently enacted budget for roadways around the center. Federal taxpayers will reimburse Illinois for 80% of that money, which was the subject of our recent Wall Street Journal article.

•  Local folks have long objected, claiming the Obama Foundation, which is building the center, isn’t directing enough jobs and benefits towards them. No surprise. When I visited the site a few weeks ago it looked like most of the work was being done by the usual Chicago union white guys. The Nation earlier criticized the absence of some form of community benefits agreement.

•  Many University of Chicago graduates, who serve as de facto guardians of the architectural and intellectual standards of the neighborhood, don’t want a scar on the area. Some are behind the federal lawsuit now pending to stop construction.

•  Believers of the rule of law say statutes were trampled on to cram authorization through, which is outlined in the legal complaint.

•  First Amendment hawks like me object to use of taxpayer money and exceptionally valuable land for what will be a political training camp in part. A First Amendment claim is part of the lawsuit.

•  Environmentalists and conservationists were particularly infuriated to see pictures of mature trees being mowed down for the center on land that’s supposed to be permanently dedicated as parkland.

•  And everybody just seems fed up with all the lying, including the federal judge. It was originally pitched as privately funded, presidential library, but it’s neither. Recently, the city got the judge to allow it to continue mowing down trees on the parkland site based on the city’s claims that its work was separate from the center. The plaintiffs in the lawsuit filed a motion saying the city basically lied about that. Before that motion would be heard, the city turned tail and agreed to halt its work.

The judge, apparently unhappy with the city’s conduct, said Thursday he was “disappointed” with what it had represented to the court, and proceeded to issue an order helping the activists seeking to block the center. According to the Chicago Sun-Times, he set the next court hearing for Oct. 24, which will allow the activists to make a presentation to the judge before the City Council votes on the project — and they can use the discovery process to force the city to reveal information.

That City Council vote will be on a new ordinance that would, among other things, ratify a 99-year lease of the parkland for total rent of $10. The proposed ordinance basically puts lipstick on a pig, as opponents see things. See the rebuttal to the ordinance below by Herb Caplan, one of the University of Chicago grads behind the lawsuit.

DOES CLAIMING THAT A HUMONGOUS 23 STORY TOWER AND CLUSTERED BUILDINGS TO BE BUILT IN AN HISTORIC PUBLIC PARK WILL BE IN THE PUBLIC INTEREST MAKE IT SO ? – WHO ARE THEY TRYING TO FOOL.

In the face of a lawsuit challenging the legality of everything they have been doing, our soon to be departing Mayor and the City seem to be compulsively unable to see the public trust issues intrinsic to their destructive efforts to sacrifice priceless and irreplaceable dedicated lakefront public park land in the historic Jackson Park. It is telling however, that they have actually, inadvertently, admitted all the allegations of illegal conduct detailed in the Complaint filed against them by their creative efforts to conjure up a new variety of their deceptive bait and switch and shell game tricks.

The key to understanding what the City is now attempting to do is this: Instead of the Obama Center receiving the park land and owning the buildings outright, it will still construct and operate the Center in the public park; but under the new ordinance the City will now technically become “owner” of the intrusive 235 foot, 23 story Obama Center because the Obama Center will immediately transfer its ownership of the Center buildings to the City, BUT the City will immediately lease it back, surprise, to the Center together with the underlying public park land for its private use for 99 years for only $10 bucks. The City wizards invent more magic.

The provisions of proposed new Obama Center ordinance , many laugable, try to patch all all the holes in the old ordiance and give it a new paint job.

(2) Instead of an outright City and Park District gift of public property, potentially renewable forever , the proposed new ordinance “drastically” limits the gift , on paper, to just “99 years.”

(3) Instead of paying $ 1 dollar for the land, the new ordinance will raise that to an exhorbitant “$ 10 dollars”.

(3) Instead of the Park District being authorized by law to collect that hidden tax on the taxpayers of Chicago to pay for the maintenance and repair of the Obama Center facilities, which the City had secretly engineered as an amendment to the pre-existing statute, the new ordinance “claims” the Obama Center , now to be owned by the City, will not receive benefits of that tax , and as the “lessee” will “bear responsibility for maintaining and repairing the Center’s buildings and grounds”. But will it ?

(4) The City also has assumed an obligation to pay for “incremental remediation costs” coming out of the environmental investigation when they agree to provide a “site ready for development.” The risk to the City goes up exponentially when one remembers that the proposed Obama Center garage has to go underground on what is now landfill and where that landfill came from the Columbian Exposition. The City has not disclosed how much all that will cost, but the Obama Center knows because they have been soil testing for over a year now, and this is why the provision is secreted in the document.

The Mayor, the City , the Park District and the proposed Obama Center now have an opportunity to respect the public trust and serve a real public interest. The ideal solution to building an Obama Center on the south side and benefiting local residents has always been locating that Center on private land in a neighborhood needing investment and local development, not trashing a needed open, clear and free public park.

A wonderful example of how the location process could have been perfected can be seen in Englewood (https://blockclubchicago.org/2018/09/18/how-you-can-help-transform-a-vacant-englewood-lot-into-a-safe-community-oasis/) where the local Resident Association of Greater Englewood (RAGE) and the non-profit Chicago Cares have transformed abandoned lots to serve the needs of the community. Former President Obama could embellish rather than tarnish his legacy by following that example.

The lazy drug addict bum Obama has spent his whole life doing nothing but cashing government checks. Why stop now?

We’re not interested in rumors or gay bashing here, so knock it off.

Most sane people couldn’t care less about the gay rumors.
Qualified to be President? Did anyone bother to find out what accomplishments (if any) he made as a Community Organizer?
Not only was Obama not qualified to be President, we’re actually fortunate he wasn’t more successful with his agenda because most of his beliefs were (and still are) downright destructive to our country.

I think the downlow life Obama has led certainly would impact the family oriented visitors going to the edifice to Obama’s titanic ego. Sanity has nothing to do with it. Decent folks do not wan their children exposed to the homosexual lifestyle much less venerating a closeted homosexual.

Obamas first mistake was his ego… as he proceeded to choose the building design and architect all by his lonesome. Unfortunately for him, he approved a building that looks much like the metropolitan correctional center in the south loop. With high concrete walls and jail-cell thin slits for Windows, that monstrosity is an eyesore in a beautiful turn of the century park. Fortunately for us the architect produced a building that will never get built and the park will hopefully stay a park. If Obama is still married to that ugly design then it actually miGht look good on the… Read more »

He’s more like an idiot-savant, but the type who gets everything wrong……but sounds like a smart guy.

The Obama Presidential Center is worse than just an ideological training-center, it’s planned to be an Obama-themed tourist attraction, including a museum to display Michelle Obama’s dress collection, and a luxury golf course which will occupy the remainder of Jackson Park and all of another adjacent public park. And still worse, an office complex for the Obama Foundation, who are already moving in to the neighborhood. Pay-to-play scheme for political access, if you need political favors then the Obama Presidential Tower is the place to stop and pay your toll. It’s a huge cash machine for Obama, not just a… Read more »

How many baseball fields were removed?

Are others slated to be removed?