You might remember when the capitol lights almost were shut off a couple years ago because the bill wasn’t getting paid. That was avoided but, figuratively, the lights are off.

Consider what the story of House Bill 2584 says about how our General Assembly works. The bill would give a massive windfall to existing bondholders that they didn’t bargain for. But the real story is about how such a bad bill could get as far as it has, unquestioned, and what that shows about how Illinois operates.

The bill would retroactively slap a blanket mortgage on all future tax revenue and fee income to secure repayment of all bonds issued by Illinois towns and cities, both bonds already issued and those to be issued in the future. Why is that important? Because every cent of your local tax money will go to bondholders if needed to pay bonds, not towards government services. And for countless Illinois municipalities that are insolvent or headed that way, bondholders indeed may have to use that mortgage to seize tax dollars to get paid. For those places, if the bill passes, no tax revenue would ever be available for services until bonds get paid in full.

The bill is a bit like Senate Bill 10, which we wrote about a couple weeks ago, but worse.  Senate Bill 10 is about mortgaging revenue that flows from the state to municipalities. This new bill is about tax dollars collected directly by municipalities. It’s worse because it would secure bonds already issued, including general obligation bonds that are usually unsecured. Both bills would put Illinois towns and cities at risk that any bankruptcy (whether a formal bankruptcy or not) would become an assetless bankruptcy — a hopelessly “collabered up” zombie — as we’ve described earlier. And they would give priority to bonds over unsecured creditors, which include pensioners for the unfunded portion of their pensions.

The rationale for the bill is that it would lower municipal borrowing costs because the debt would be secured. That’s no reason to secure bonds already issued, which is a pointless giveaway. In fact, securing old bonds could raise future borrowing costs because the available collateral — tax money — would have to be shared with old bondholders. Also, the bill would simply make borrowing easier. Is that really what we need — more borrowing and more mortgages on public assets? At a minimum, the bill should be limited to future borrowing and it should be optional for the municipality. As written, the mortgage is automatic and mandatory. In my view, nothing should be done to make borrowing easier unless we closely revisit borrowing caps.

The scary part is how such a bill could get so far without being questioned. It has already passed committee and two readings with no questions or objections being raised. Passage by the House is imminent.

I called the bill’s sponsor today, Rep. Anthony DeLuca (D-Chicago Heights). He had not considered the issues I’ve raised. Why not? Because, he told, me, you can reasonably assume that any valid concerns would have been raised by legislators, the press, lobbyists and committee staffs. Indeed, no objections have been raised on either side of the aisle or by the governor’s staff, I’m told. And nothing in the media.

That’s what’s so horrible. Is there nobody with some financial sense to raise the questions I have, which are obvious? But that’s how Springfield works: A lobbyist goes to a well-intentioned legislator, as I think DeLuca is, and says “here’s a bill to lower borrowing costs.” Legislator has the bill drafted and assumes somebody who understands it will fix it or critique it. Nobody does so it must be fine. 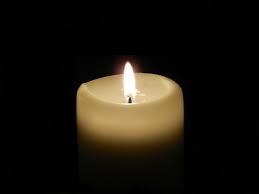 Except for one legislator, that is. I said earlier the lights are out in Springfield. Not entirely. At least one candle burns brightly — Rep. Jeanne Ives (R-Wheaton). She’s not even on the committee responsible for this bill, but she routinely sits on the House floor and actually listens to what’s going on, which almost nobody else does. She was alarmed and alerted me to the bill this afternoon.

“This happens all the time,” she told me today. “This is routine. Things get voted on that aren’t vetted and aren’t understood,” she said in exasperation.

I’m guessing the bill now will be killed or changed significantly, thanks to Ives who will fight it and maybe also to this article. But what kind of government is this? A legislator calls me, laying on my couch in my underwear with a beer, a computer and my dog, and that’s how a bad bill gets exposed?

Update 3/15/17: Word today is that the bill has at least been slowed down and is getting a closer look. Ives may have saved taxpayers billions of dollars — no exaggeration.

Mark Glennon is founder of Wirepoints. Opinions expressed are his own.

Mark, If this bill passed and a City filed for bankruptcy, do you believe all the City’s assets would go FIRST to pay bondholders 100% ?

My understanding is that Municipal Bankruptcy, being handled in a Federal Court can (with bankruptcy judges indicating a willingness to do so in several recent Municipal Bankruptcies) throw out all such State-level agreement and refuse to accept a Bankruptcy Plan that the FEDERAL Judge does not feel is reasonably fair to ALL parties.

Insofar as the assets are needed to pay the bonds, yes, they would go towards payment of the bonds. The bankruptcy judge has to approve the plan, but they do not have discretion to undue “secured debt” — debt that’s backed up by a lien, security interest or mortgage, and the plan cannot say otherwise. Secured creditors come first. That’s the whole point behind this bill and SB10.

Thank you. Just wondering though if a Bankruptcy Court judge would consider a lien on future general tax revenue differently (think unenforceable in a Bankruptcy where the first priority of future tax revenue is typically earmarked for essential services) than a lien on say a building or a lien on toll road revenue.

Your skepticism is sound, I think. Technically, there is no legal reason why a properly granted first lien on future revenue of any kind should not be enforced. It’s done all the time. However, when true crises emerge, established law tends to get thrown out the window. Suffice it to say it will be litigated.

The videotape of the 2nd reading and short debate is where?

Therein lies one of many problems in the Illinois Dysfunctional Assembly.

The system is rigged against the taxpayer and has been for decades or we wouldn’t be in this pension mess.

How likely is it an appointed State Rep would be in that position if Michael Madigan didn’t want him there.

It is notable that Wirepoints scoops CapitalFax on a bill that can harm pensioners.

Anthony DeLuca is also sponsoring House Bill 0278 which hikes the amount transferred from the State General Revenue Fund to the Local Government Distributive Fund (LGDF).
The LGDF is funding for municipalities.
The State can’t pay its bills so the State House passed HB 0278 which transfers more state funding to local governments.
Now HB 0278 is in the Senate.
http://www.illinoispolicy.org/illinois-politicians-vote-to-divert-300m-from-state-coffers-to-fuel-local-spending
https://ilnews.org/12488/lawmakers-looking-divert-scarce-state-funds-cities-counties

If Rep Ives or someone else can identify the lobbyist, you can easily check to see who the client is. Lobbyist has to file with eh /Secretary of State and disclose all clients. That would tell you a lot abut what the real purpose of the bill is. And it isnt to help lower borrowing costs for municipalities– that’s for sure.

I get the feeling they are “pouring a legal foundation”, much like the constitution pension clause, now. In planning to screw over the taxpayers “legally” in the next decade. Every law I see from Springfield is just another legal device that insures money can only flow in one direction and taxes are on a upward ratchet jack with no ability to go down. And now a law that specifically re orders the line of bankruptcy priority. I really don’t think they are clueless, they just don’t respect us.

“Reasonably assume???!!!” Omg! Omg! Omg! No one could bother themselves to look where the pensions were headed!!!
It was a sunny day when cushy promises were made on the backs of taxpayers but no legislators, on our behalf, cared to look at that eventuality!
We are SO screwed by these morons!

We hear all the time about how Cullerton and Madigan are pretty sharp and know what they are doing. Did they miss this or does anyone think they are in bed with the bond holders? As for the R’s excluding Ives – pretty embarrassing. Hello Jin Durkin, is anyone home?

Those are both good questions. I’m not usually on the side of the unions/pensioners, but they should be screaming, too. And the more I see if staff analyses of bills, the more I worry about them.

Twhe lobbyist who proposed this is working for the interests of market makers in the Illinois bond market, not the interest of the state or taxpayers. By securing junk bonds with a contract that literally indentures every taxpayer to a system of unfree labor, in an unfree bond market. The Illinois market will be intentionally distorted in a way that makes junk bonds “risk free”. So is the net result that Illinois bonds are suddenly no longer junk if they are simply insured over other debt? Does this somehow stop the increase in junkiness of our debt? In a real… Read more »

November 25, 2020
The subversion of democracy by suppression of the free exchange of information and opinion is no longer just a threat. It’s here.
View Comments (45) | Add Comment

November 24, 2020
The strategy of shutting much of the state down – from lockdowns to school closings – has done far more harm than good, in part because it’s taken health officials’ eyes off of the elderly and the infirm.
View Comments (16) | Add Comment

November 19, 2020
Mamie Cosey and her family are victims of a growing malaise impacting cities across Illinois, where residents are taxed out, services are being slashed, police and firefighters are losing their jobs, and public pensioners are losing their retirement security. A recent law that garnishes city tax revenues to pay for pensions is making things worse.
View Comments (22) | Add Comment