“Extreme,” “right wing,” “radical,” “hard line,” “reactionary,” “out of touch.” That’s Governor Rauner’s new staff in a nutshell, according to the screams of many Illinois Democrats and political reporters.

Is it true or are they within the mainstream?

To answer honestly, go through their positions on issues at the forefront in Illinois and ask what the public thinks and what the rest of the country is doing. What you and I think about their ideas is a different matter. I’m asking only what should be labeled extreme versus middling.

First, a little background. Key people Rauner brought in through a major staff shake-up this month came predominantly from the Illinois Policy Institute. It’s the IPI that inflames the critics. New hires from IPI include Kristina Rasmussen as Chief of Staff, Mike Luc 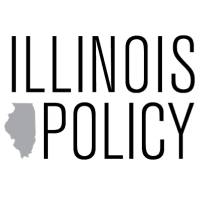 ci as Policy Director and Diana Rickert as communications chief.

IPI is fiscally conservative and committed to libertarian and free market principles. They are true believers in limited government. Let’s stipulate that the IPI isn’t mainstream on all it stands for. It has occasionally taken libertarian principles to the extreme, like when it praised Houston’s absence of any zoning ordinances.

But this is about the actual, major issues Illinois faces that the new staff will be addressing. Go through them and ask whether, on the whole, IPI’s positions are within the range of conventional opinion:

•  Labor policy. IPI is intent on crushing union power, particularly public sector unions. But all of our neighboring states plus Michigan are right-to-work. Both Governor Walker in Wisconsin and Mitch Daniels, when he became Indiana Governor, drastically reduced public union power as soon as they took office. What may seem radical to Illinois is the law in other places. The IPI and Rauner no doubt would gladly swap labor policies with those states.

•  Taxes. IPI has been firmly opposed to any tax increases for the state, at least without major reforms. Mainstream or extreme? Polls consistently and overwhelmingly show opposition to raising taxes in Illinois. Raising the income tax to 4.99 percent was approved by 35% and opposed by 61%, according to a Paul Simon Institute poll. That poll did find support, however, for a “millionaires tax” and for making rates progressive. Still, hostility to tax increases is hardly a radical viewpoint in Illinois.

•  Reduced Medicaid coverage. IPI wants to “throw 600,000 people off Medicaid,” wrote columnist Rich Miller. Most of Illinois would oppose that, I would guess, but it’s tricky. What we’re talking about is Medicaid coverage for certain adults who were not already covered by Medicaid, which states were given the option to offer under Obamacare. Some states, including Wisconsin, never offered the option. The cost is mostly borne by the federal government but Congress is considering entirely eliminating its subsidy. It’s part of the debate about how to fix Obamacare, which nobody has a popular answer to. The public likes Obamacare’s expanded coverage but isn’t willing to pay for it.

•  Slashing state money to municipalities. IPI proposed a no-new-taxes budget that depended heavily on eliminating over $4 billion from funds passed from the state to local governments and school districts. That’s impossible to do immediately and IPI deserves criticism here, though it’s mostly an issue of botched communication.

When I challenged IPI on this they emphasized that their actual proposal was to offset those reductions by eliminating unfunded mandates the state imposes on those local governments, including what pension benefits they offer and prevailing wage requirements. IPI never explained that and they did not sync up the time-frames. In concept, however, eliminating the need for the state to pay for unfunded mandates imposed on municipalities certainly would not seem like a radical idea to most Illinoisans.

•  School Choice; reduced funding for education. IPI supports vouchers and school choice, and believes much could be cut from spending without impairing education. Polls consistently show support for school choice, with one poll showing over 70% support. However, Illinoisans overwhelmingly oppose cuts to education spending (over 80%), even if they’re not willing to pay for it. That’s an old story long told by polls. People say they support education spending but answer differently about tax increases for it.

•  Pensions. IPI consistently calls for replacement of our current public pensions with a 401(k)-style plan, which the public strongly supports

•  Property tax freeze. IPI supports the freeze its critics have ridiculed. Illinoisans are furious about their property tax and overwhelmingly support the freeze, apparently no matter what the consequences. Only 9% oppose it according to one poll.

While those are the issues over which IPI is most often said to be out of touch, there are also the issues of term limits and legislative map reform, which are a big deal to Illinoisans. IPI supports widely popular reforms that have been stifled by opponents. On these, it’s clearly the opponents who are out of touch.

I think the above is a fair list of the major battles IPI has fought and that are likely to continue. Maybe your list is different, but ask yourself if, on balance, IPI is really outside the mainstream on what matters. I don’t think so. In fairness to IPI’s critics, part of what they’re saying is IPI’s agenda could never get through the General Assembly. That’s true — for the near term.

But that’s really the point of this exercise. Most of what’s mainstream on the street and in other states gets dismissed in Illinois as extremism because it won’t happen.

It’s the Stockholm Syndrome, as State Sen. Chapin Rose (R-Mahomet) put it earlier this week. That’s when hostages begin to trust and respect their captors.

Speaking about the pending school funding bill, which is widely criticized as a Chicago bailout drafted by Chicago Democrats, Rose said, “What’s amazing to me is how many downstate school superintendents are falling for this. They are being led by the architect of their own demise. It’s the worst case of Stockholm syndrome I’ve seen since Stockholm.”

Ditto for most of what goes on in Illinois. If something can’t pass the establishment in the General Assembly and its enablers in the press, it’s “too radical.”

That’s part of The Machine’s astonishing political success. The narrative it has successfully set was captured in a wonderful video collage of House Speaker Michael Madigan, linked here: Moderation, not extremism. Moderation means gimmicks and phony reforms, and those who challenge them are extremists.

The press and many Democrats don’t like their captors in certain ways but they’ve accepted their imprisonment so completely that challengers are dismissed as cranks. They indeed “are being led by the architect of their own demise.”

Make the case that IPI will lose to Springfield if you want but don’t say they’re radicals.

*Mark Glennon is founder of Wirepoints. Opinions expressed are his own.
5 Comments
Newest
Oldest Most Voted
Inline Feedbacks
View all comments
Jeff Carter

one of the issues with zoning is that elected officials get to be kingmakers. Opportunity for graft abounds and many take full advantage. If Rauner is going to get past the Madigan Republicans, he has no choice but to pursue a libertarian agenda that most voters agree with but machine politicians on each side of the aisle reject.

Great article, Mark! However, in my opinion, I think that the next 18 months, much like the past week, are going to be a disaster for Gov. Rauner, if he continues down this road. Taking a “far turn to the right”, as perceived by many voters, is not a great strategy at this point, and I believe it is going to fail. The reasons being: IPI doesn’t understand the “Chicago Machine”, and they don’t understand the importance the election in 2018. None of the top people brought in recently are from Chicago, nor do they have an understanding how “Machine… Read more »

“…part of what they’re saying is IPI’s agenda could never get through the General Assembly…” yet many people agree with IPI’s core tenets. And we wonder where the disconnect is.

Stockholm syndrome, rooted in generational trust in a party by a high concentration of lock step voters in a few counties who are financiallyy illiterate or at best ignorant of the facts or benefiting. IPI and wirepoints presents clarity but the tax payers are outnumbered by the tax benefactors in Illinois, those benefiting go beyond the poor, it’s the whole gov sector and bond market feeding. Add that to the uninformed and you have the majority not believing or even knowing captivity. It is mainstream to ask how you can over budget by four billion each year for 30 years,… Read more »

Even Steve Andersson has succumbed to Stockholm Syndrome, or more likely, simply paid off. I would wager some new greater than usual business will be coming his law firm’s way soon.