This could be a great opportunity to educate the general public about the primary thing bankrupting Illinois, Chicago and many other towns and cities.

Defined benefit public pensions, most of you probably know, account the lion’s share of our state and local fiscal crises. And what’s the main thing wrong with them? It’s that they take in contributions from taxpayers and employees and invest that money in things with an uncertain return, yet the payout to pensioners is guaranteed. Pensions typically assume a guaranteed rate of return of around 7.5%. The market rate for long term, guaranteed rates in fact is only about 2.25% (the 30-year Treasury rate).

Who is responsible when returns don’t meet the promises guaranteed to pensioners? Taxpayers and those who rely on government. That’s a big reason why taxes are going up and services are being slashed. There are other problems with the pensions and how they have been underfunded, but that central mismatch of what’s possible versus what’s guaranteed is their biggest flaw. It’s for that reason that all financial economists of any stripe, including Nobel Prize winning economists, mock the foundation of public pension numbers. 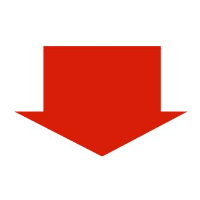 Politically run pensions have been playing in Guaranteed Rate Field for many decades. We just haven’t called it that until now, and the public would never have bought tickets there had it known the true price.

And, yes, that really is the logo of Guaranteed Rate, the company that bought the naming rights!

I am a lifelong Sox fan. I still call it Comiskey Park because I thought the name “The Cell” was just awful. Who ever could have guessed it just got worse.

I thought this was sarcasm at it’s finest! I am shocked it is on the level 🙂

September 29, 2020
Ted was on Univision warning Illinoisans about the negative impacts of tax hikes like the progressive income tax. He warned that giving billions more to the most corrupt politicians in the nation would only make things worse.
View Comments (4) | Add Comment

September 28, 2020
Mark was on with Mike Flannery of Fox 32 Chicago last week discussing why reforms are needed in Illinois, not a progressive income tax.
View Comments (11) | Add Comment