It goes by its acronym, ESG (environmental, social, governance). That’s when managers of public money are directed to set aside their concerns about rate of return and, instead, strike a blow for whatever social cause seems popular. 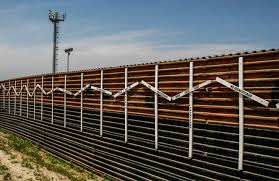 The latest is HB 0280, a pending bill that would prohibit Illinois pensions from investing in any company contracting with the federal government to build a wall on the Mexican border. It’s sponsored by Rep. Will Guzzardi (D-Chicago). To enforce the prohibition, the bill would require the state to compile a list of all companies contracting to do any work on the wall, for inclusion on a blacklist.

Professional fund managers generally hate ESG restrictions. They are trained to make money, which you’d think taxpayers and pensioners would want as well, not virtue signalling by lawmakers. If it passed, it would have no impact on whether the wall gets built. An Illinois employer like Caterpillar or U.S. Steel could well end up on the blacklist.

Maybe it’s just a bill and won’t go anywhere – maybe the bill itself is just virtue signalling. But with the far left rapidly ascending in Illinois, efforts like this are expanding. We wrote earlier about Chicago City Treasurer Kurt Summers’ ESG proposal for all $7 billion he manages. Illinois Treasurer Michael Frerichs has gone further. He’s already playing social justice activist with no authorization or oversight, with stock he doesn’t even own – stock owned by 529 college savings plan owners.

It’s nice to know some folks will feel good about themselves as Illinois’ pensions bleed dry.

the illinois destroyers are hard at work. and the defection continues.

So I barely made it theu the first College Illinois fund scam by the Daley clan. Now Frerich wants to destroy any gains they made. A lot of people almost got hurst with College Illinois. Luckily this is my final semester to get my kids thru college and my money was still there.

Guzzardi is an advocate of rent control. Need I say more?

Pritzker said he liked the idea, too.

Can they legally do this? Tell Pension managers who to work with and invest? Freedom of Association, First Amendment.

My experiences have been that investing based upon political criteria is generally not the best way to choose investments, However, based upon the State of Illinois’ finances, we can see what financial geniuses the politicians and their appointed administrators are.

The wall needs to be built by MIMES. They never seem to get out or in. Problem solved!

Despicable law makers still not grasping or even trying to grasp the problems this state faces. They just push a personal agenda instead of fixing the state’s problems. How do people continue to elect these idiots?

What if the wall contains solar panels?

October 25, 2020
Jefferson's views about cities were not embraced by the nation for 230 years, but that may be changing. Most of his other views were held sacred, but that, sadly, is also changing. Time will soon tell which ones prevail.
View Comments (5) | Add Comment