Illinois Comptroller Susana Mendoza is among the Illinois politicians I’m least inclined to defend, but she got a bum rap in the Better Government Association’s latest fact-check. 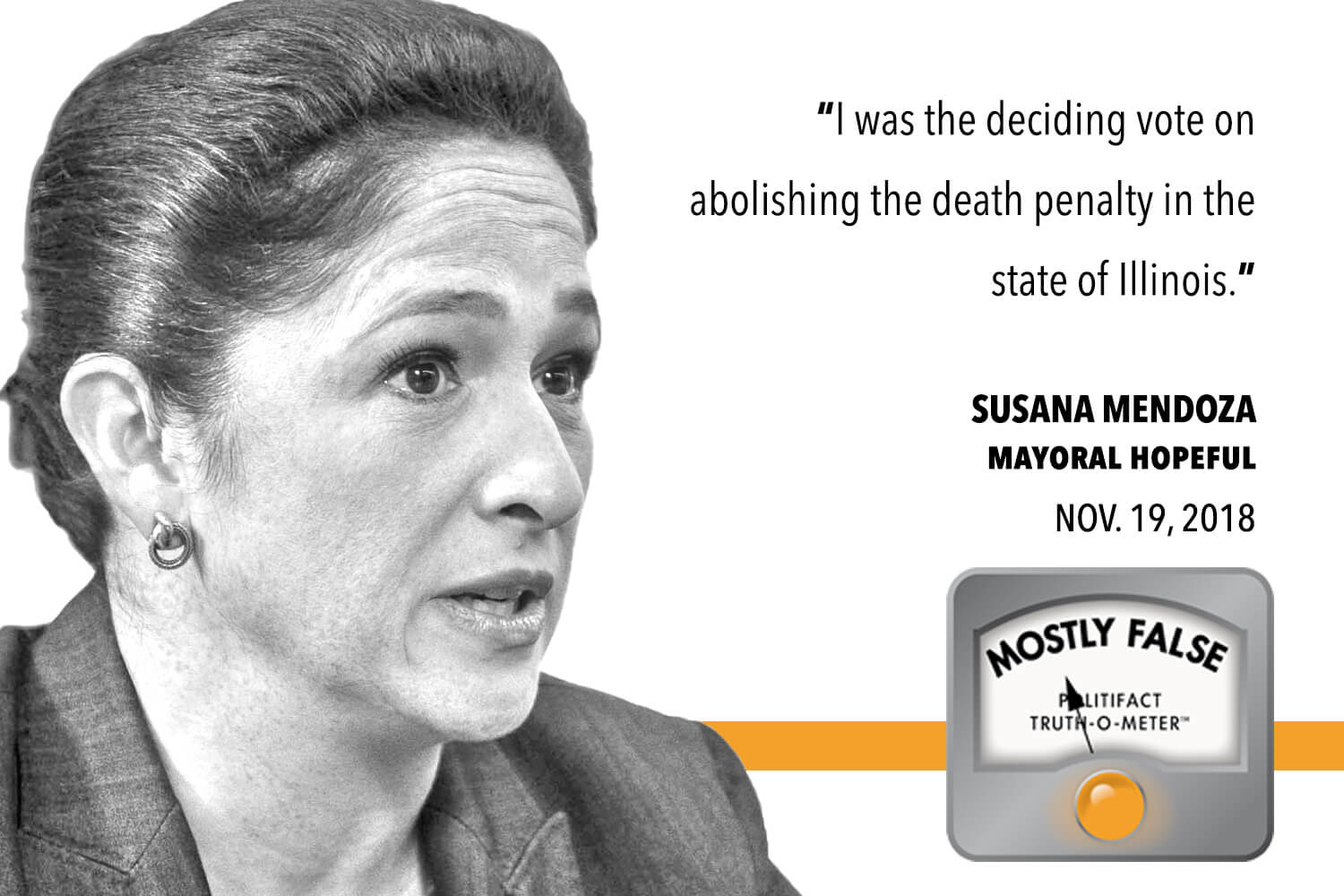 Mendoza claimed she “was the deciding vote on abolishing the death penalty in the state of Illinois. That’s “mostly false,” says the BGA.

Mendoza earlier supported the death penalty but changed her mind because, she said, so many false convictions have been exposed. That change of opinion on the death penalty is pretty common. Then, while in the Illinois House in 2011, she voted to abolish the death penalty, and the measure passed with the bare minimum of 60 votes.

That makes her claim “technically correct that the measure would have sunk had she voted the other way,” yet the BGA still rated it “mostly false.”

What’s the logic in that? Beats me. It’s true that any other member voting with her could make the same claim, but that hardly justifies slapping her with a nasty headline. She explained her change of position openly and indeed cast a decisive vote.

Dumb fact checks have become routine for the BGA. Another recent one with similarly baffling logic labeled Governor Rauner’s claim that machine Democrats are “corrupt” as mostly false, even though the BGA article explained why “corrupt” is a subjective word that could well fit.

When Andy Shaw was president of the BGA I complained about their fact checks and the answer came back something to the effect of this: Sometimes the right complains about us and sometimes the left, which means we are balanced and doing our job.

No, that doesn’t cut it. Make the damn things fair and sensible.

–Mark Glennon is founder and executive editor of Wirepoints.

January 23, 2021
A sweeping, radical rule is pending for Illinois K-12 teachers that should prompt everyone, of all political stripes, to fear about the fundamental roles that teachers and classrooms are assigned to fulfill.
View Comments (54) | Add Comment