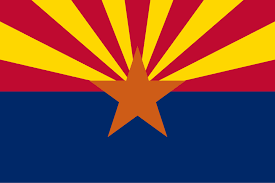 Arizona has a state constitutional protection clause identical to ours in Illinois. Arizona also has a pension problem, though not as severe as ours.

Arizona voters on Tuesday passed Prop 125 to amend their clause to allow benefit reductions. The amendment had bipartisan support. Details are linked here.

So far, we’ve seen no reports of the working class collapsing, vulture capitalists enslaving the masses, or dogs and cats living together.

Nor have we seen any legal challenge based on federal constitutional issues. It’s inexcusable that Illinois hasn’t acted to amend its pension clause, which our courts have interpreted as a suicide pact.  An amendment might be challenged under the Contracts Clause in the United States Constitution, but we think that challenge would probably fail.

-Mark Glennon is founder and executive editor of Wirepoints.

Maybe you should research what Arizons actually did. This and prop 124 from two years ago opened the constitution for only one purpose and had the support of the public safety unions. This was change from a permanent benefit increase of up to 4% to a 2% COLA. The funny thing is the PBI only took effect if there was money in the PBI which was funded only if the system earned only 9% in a year. The end result will be that most likely retirees will see higher colas over the next 20 years now than they would of… Read more »

The article that you link to provides very little detail about whose benefits will be cut. Will people who are already retired see a cut in their automatic annual increases (not COLAs, because they are a fixed percentage and not tied to inflation)? Or will changes apply only to current employees going forward, i.e. to unearned benefits and/or required employee contributions? Also, are the Arizona public pension plans structured the same way as in Illinois, in the sense that a specific, dedicated percentage of employee contributions is used to partially fund the AAIs in retirement? Oh, and a few more… Read more »

Don’t forget the dedicated percentage of employee contributions used to partially fund the AAIs in retirement has been enhanced 3 times since its inception. Technically, employees are only paying for the right to 1.5% simple interest COLA. Absent the constitutional guarantee, I agree the state could never take away the entire COLA without reimbursing participants. I’m fine with their originally agreed-upon 1.5% simple formula.

You need to get this article more widely disseminated.

What, you don’t think Rich Miller will be writing about it?

No wonder Madigan fights both tooth and nail

“Those against Prop 125 argued that these officers and elected officials signed on to their jobs in the past with the promise of a specific pension plan and benefits package and believe that these agreements should be upheld.” So someone begins a career as a corrections officer because of 4% COLA when they retire? So that same 21 year-old job candidate wouldn’t have taken that job if there was a chance 20 years later he’d have to work 2 extra years to achieve full pension vesting? Is that how career decisions are made? This whole concept of a “pension promise”… Read more »

“Those against Prop 125 argued that these officers and elected officials signed on to their jobs in the past with the promise of a specific pension plan and benefits package and believe that these agreements should be upheld.” They sign on with the CONTRACT that is IN PLACE when they are hired. Once that contract ends the entire employment agreement is open for renegotiation. Just like the same wage is never going to last their entire career, neither can pension formulas. This is a ridiculous “argument”. The private sector changes employment terms and conditions all the time, when it is… Read more »