“Illinois is Better Off Bankrupt.” That’s the headline on a RealClear article last week by two economists.

It’s getting lots of attention based on our site meter. Bankruptcy-for-states, particularly Illinois, is certain to get more attention. In fact, we have it on good authority that discussion about it by the people who count will resume in earnest after November’s election.

So, for those unfamiliar with the concept, here are the basic background and links to earlier articles on it:

Bankruptcy-for-states would require federal legislation signed by the president. Currently, the United States Bankruptcy Code only authorizes government bankruptcy for municipalities in states that have allowed it.

Talk about it isn’t new. In fact, though it got little coverage, Governor Rauner spoke openly last year about his expectation that Congress should, and would, authorize it.

Debate about it, mostly behind the scenes, has focused heavily on two concepts. The first would give states the option of something resembling a full reorganization akin to Chapter 9 bankruptcy for municipalities or PROMESA, the special law passed for Puerto Rico, in which all debt would be subject to adjustment.

The second alternative is narrower and would address pensions only, along the lines of what the Manhattan Institute has proposed. See their article on it linked here. We’ve called it “Bankruptcy Lite.” It would give states the option to use a limited form of bankruptcy under which just pensions could be reformed. Our discussion of the two options is linked here.

Our sources now indicate that when talks resume the focus will be on the second alternative. That’s because the broader, first alternative would hurt bondholders, making support in both the House and Senate unlikely, both being majority Republican for now.

However, If Democrats retake the House in November’s election, as many now predict, prospects for the second alternative would probably be impaired because Democrats would be more protective of pensions.

My earlier primer on bankruptcy-for-states is linked here, and addresses the legal issue whether Congress could authorize it.

Whether Congress should authorize it is discussed in my article linked here.

“The case for allowing states to declare bankruptcy is also made in a Bloomberg article linked here. 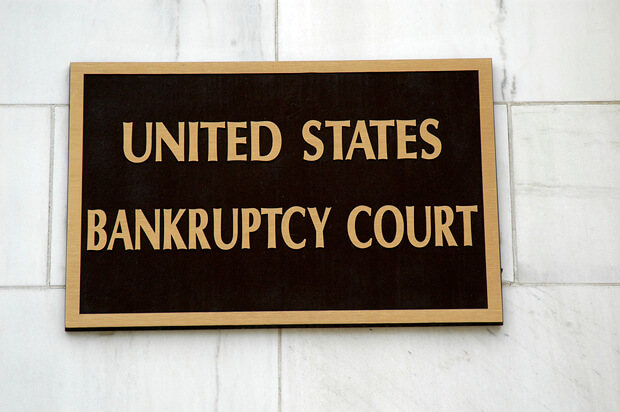 Our view at Wirepoints remains that debate should commence – yesterday. Using the federal bankruptcy power to offer a reorganization option to Illinois and other deeply trouble states is inevitable and unavoidable, however undesirable it may be. Exactly what form it should take remains to be determined.

–Mark Glennon is founder and Executive Editor of Wirepoints.

I have a solution. We, the people, the taxpayers, who are aware, informed, knowledgeable, know that the insane pension amounts, along with the insane number of government employees, those ‘patronage’ jobs, is the crux of Illinois’ financial problems. Added to these incredibly lavish pensions and the amazing medical coverage, is the state income tax free frosting. Yet ours went up to 4.95% We, the people have tried in many legal ways to correct the situation with, pleas and votes, with zero gain, only further loss via ever increasing taxes. The results are black and white-Illinois is a collapsing entity as… Read more »

We have been down this road a few times before Mark, states do not need Congress or anyone else to repudiate/cancel/BK their debts. They do NOT have to declare BK, they just need to say we are repudiating our debs and that is the end of it. Game over. States cannot be sued, they are sovereign and are protected from lawsuit, in both state and federal court, from ALL creditors. Including pensioners (and citizens) of their own state. 11th Amendment is all IL needs. It is all any state needs to repudiate their debts.

And I continue to ask you what your authority is for that. A state can breach or default, sure, which is what your are saying, but it will face collection actions and its credit will forever be impaired by leaving the debt outstanding. Repudiation does not delete the obligation.

https://www.jstor.org/stable/1063536?seq=1#page_scan_tab_contents — a 1916 article in the Virginia Law Review about suing a state and enforcing a judgment. Rex seems to say that states have sovereign immunity. I believe that immunity is waived in court of claims statutes and the like. The century-old article seems to say there is some doubt about the ability of the U.S. Supreme Court to enforce a judgment against a state. No quarrel on the credit impairment, of course, but one wonders how things could get worse AND as they do wouldn’t enforcement of a judgment become even more difficult? Another layer: who would sue… Read more »

Cities and counties would ordinarily file separately unless congress passes a law permitting them to join together in some sort of common proceeding. Many of the same legal issues would be presented. Once the dominoes start to fall, it will be difficult to find lawyers or law firms that don’t have conflicts of interest. Maybe Mark knows if bankruptcy cases can be consolidated.

I don’t think you could consolidate, but you’re right that many issues would already have been resolved in other courts.

Instead of bankruptcy, you could do this:

Where does the federal government get the authority to override the IL Constitution by cutting pensions this way? Bankruptcy trumps the IL pension protection clause, but simple legislation is a different matter.

Could you get to Federal Court under https://law.justia.com/cases/federal/appellate-courts/F2/520/993/271940/ and structure it as a “republican form of government” or “civil rights” or “due process” [or other] issue?

You are on to something, though I have not looked closely at the particular case you cite. When it gets to the point that basic services are being denied, yes, I think a good case can be made for a federal suit of some kind that trumps other obstacles. A citizen in Harvey might well be able to make that case now. I know at least one major, nationally recognized legal expert who is working on that idea. I personally think the guaranty clause should be part of such a suit, though courts have long ignored it.

The OPTION to declare bankruptcy is just as important as declaring bankruptcy, just another weapon in the taxpayer bargaining arsenal.