Consider for now a single point about Governor Pritzker’s Fair Tax proposal, the specifics of a which he just released.

Assume he is correct that his new tax rates will raise $3.4 billion more for the state. That’s all you need to see that that his central promise to Illinois has been a hoax. Contrary to his persistent claims that a progressive income tax is Illinois’ ticket to salvation, $3.4 billion isn’t remotely close to solving Illinois’ fiscal crisis, much less funding all the other promises he has made.

To put $3.4 billion in perspective, Illinois could put that entire amount into pensions only and it still wouldn’t be enough to meet what’s needed yearly. The true cost is about $4.7 billion more per year than the roughly $7 billion Pritzker’s budget proposes for pensions. That’s based on the “actuarially determined contributions” contained in the most recent actuarial reports, and they’re based on assumptions widely regarded as far too optimistic.

Or consider the new school funding formula. It alone calls for annual increases that raise the annual cost by $3.5 billion ten years from now.

The total cost of stabilizing the state and funding Pritzker’s promises have ranged from $10.7 billion to $19 billion. Is anybody going to believe that $3.4 billion isn’t just more money into the abyss — another tax increase with no reforms? The 2017 tax increase was larger, raising over $5 billion per year. Did that discourage Illinoisans from leaving, as Pritzker said this new tax increase will? (Yes, he really said that at his press conference.)

As for the initial assumption – that Pritzker’s tax would raise even the $3.4 billion he claims – don’t believe it. Independent scoring will be coming. For one thing, Pritzker’s estimate is not “dynamically scored,” meaning it doesn’t account for tax avoidance that results from tax increases, such as people shifting their investments to tax-free alternatives or just moving out of state. 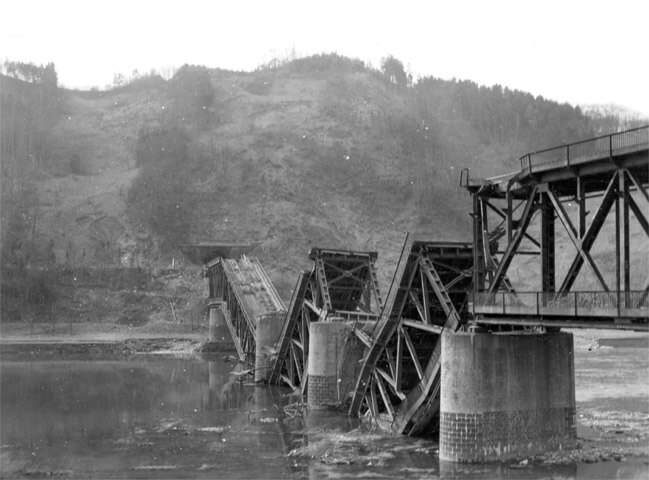 Pritzker said his newly proposed budget is a “bridge” to get us to where we need to be. “To get to fiscal stability and eliminate our structural deficit, there’s no quick fix,” he said in his recent Budget Address. “A fair tax system will allow us to eliminate the structural deficit that has plagued our state for nearly two decades.” That and much more would be funded through his Fair Tax, he said repeatedly during his campaign.

We will have much more coming soon on Pritzker’s tax proposal.

I was surprised to see the headlines about NYC in danger of going bankrupt again. Wasn’t it just a little while ago they said NYC was in fairly good shape with a “well funded” pension fund (or was that NY state ?) Does this mean the subway isn’t going to be fixed ?? The phantom $3 billion in tax breaks that was recovered by AOC should have helped.

No more taxes until Springfield can demonstrate that they can balance a budget and reduce the debt. They have taxed Illinois residents excessively and all they do with the new tax revenues is spend more money on programs that may benefit them, Chicago, and their democratic supporters. The rest of the state’s residents who do not support Springfield’s (under Democratic leadership for the past 25 years) mismanagement and abuse of power are forced to swallow a very bitter pill and pay for financial ineptitude and legislative incompetence. Remember in the 2016 election only the Democratic Presidential candidate only carried 11… Read more »

That sound of ruffling papers you here is all the dual income upper middle class married households switching their tax forms from filing jointly to separately. Since there are no separate brackets for single or married, it makes sense for any married two-income household to file separate. A two-income couple both making $250,000 and filing jointly would be taxed under JB’s plan at $31,685 (6.34%) before deductions. That same couple, filing married separately, would pay $24,620 (4.92%). Call it tax avoidance or smart planning, it would impact revenue projections. Does the state track how many W-2’s are attached to a… Read more »

Indeed. That hasn’t gotten enough attention yet. There are many, many deep flaws in Pritzker’s proposal, which we will be writing about in separate articles.

I’m not so sure this would work. Because the penalty on the federal side for filing that way would wash away the Illinois return savings. The federal tax tables really punish you on married filing single status. I’m not sure but can you file differently on state than federal?

It’s people like you giving advice too the wealthy that has us in this situation! Pay your share quit diverting money off shore and hidding it God Knows Where!

This so-called “fair tax system” is more devious than it initially appears. Once Springfield has constitutional power to enact a graduated income tax there is no longer any constraint or limit to continually enacting unbalanced annual budgets and readjusting and raising the marginal tax rates. The initial federal income tax rate was 2% and now there is talk in Washington of raising the top marginal rate to 70% or even higher to pay for all the “free” stuff being promised to the voters. Even now the Illinois income tax is imposed on supposed gross income that has already been reduced… Read more »

“Springfield … readjusting and raising the marginal tax rates.” Yes, if the progressive state income tax becomes law, what’s to prevent IL from increasing the rates every so often because it needs more revenue? The death spiral continues.

Where are the spending cuts sorely needed? In the RRstar here in Rockford all I read is the impact of the new minimum wage and what it will do to various taxing bodies like the park dist who hire seasonal workers and the like. This will result in higher property tax’s. I see very little if any in property tax relief which is needed. Add in all the pension mandates to local communities and see why this is a mess. Seems like some good intended people become politicians and then contract Taxaholism and then become chronic Taxaholics in short order… Read more »

Everybody, give the gov a break! Somebody just needs to tell him 3 billion is less than 10 billion. He probably doesn’t know. We need to explain it a way he will understand. Somebody go get about 13 twinkies.

It will be $3.4 billion after they raise the introductory rates…

Honestly though, it doesn’t matter. Income taxes WILL increase, regardless of the implementation. Recalling Warren Buffet’s recent comments about bankrupt states, its hard not to imagine a business exodus in the near future.

The sad part is that for a whole $65 in savings, the vast majority of Illinoisans making $100,000 and below will sell out everyone by voting this plan into place. They will delude themselves out of either ignorance, naivete or wishful thinking that the politicians won’t eventually come after them for more money once the high income earners and businesses leave or redomicile. JB will come ‘a knockin’ on yaw dooooor, not too long after that, and will use “the recession” as his latest excuse to soak everyone real good, thus putting everyone in worse position than they were before… Read more »

Tribal politics worked so well for them, so now they are moving on to class warfare, pitting those who get the cut against the rest.

You’ve covered the theme of one of our upcoming pieces. You’ve said it so well.

Without cuts in spending there are just not enough “rich” people living in Illinois to tax to pay for the billions in deficits that exist and continue to grow. I guess Prtizker’s tax plan means a need to create more “rich “people to bleed. That means simply reclassifying the tax paying middle-class as rich for those top marginal rates, and classify the lower class as middle-class so they will start paying taxes. Government pensions must be paid.

Exactly. In the not-too-distant future, many middle-class IL residents will find that they’ll considered affluent, as defined by the future progressive state income tax rates. Many IL residents don’t see this coming or choose not to acknowledge the inevitable. By the time they figure it out, they will have paid increased taxes, and their properties will have depreciated more. The savvy IL residents will relocate out of state now.