In perhaps the most sordid chapter so far in the fiasco this legislative session has become, Democrats Thursday introduced legislation to legitimize fake conservative candidates. If passed, it would have the potential to make the Republican Party a nearly permanent minority. The backlash apparently has Democrats reconsidering.

To understand how the bill would work, recall what happened last Fall when Sam McCann took on Bruce Rauner by running under the “Conservative Party” label. McCann was widely regarded as a fraud, supported by unions, as part of a Democratic attempt to dilute conservative votes that would otherwise have gone to Rauner. See, for example, a Chicago Tribune editorial on McCann linked here.

The new bill that passed in a House committee Thursday morning would have allowed for the so-called Conservative Party to field candidates for state representative or state senator in any district where McCann got more than 5% of the vote. The process of getting on the ballot would be much easier for fake candidates in those districts, which are numerous. McCann got 4.2% of the vote statewide but exceeded 5% in many districts. Going forward, Democrats and unions would then fund and support those fakes, as they did for McCann, to peel votes away from Republicans.

The new bill would also have required local elections officials, at taxpayer expense, to mail out invitations to apply for absentee voting. JB Pritzker did that in 2018 at his own expense. Rauner did something similar in 2014. The bill, however, would require that absentee ballot invitations be sent out to anybody who voted in 2018 which was a landslide year for Democrats, so it would favor them. 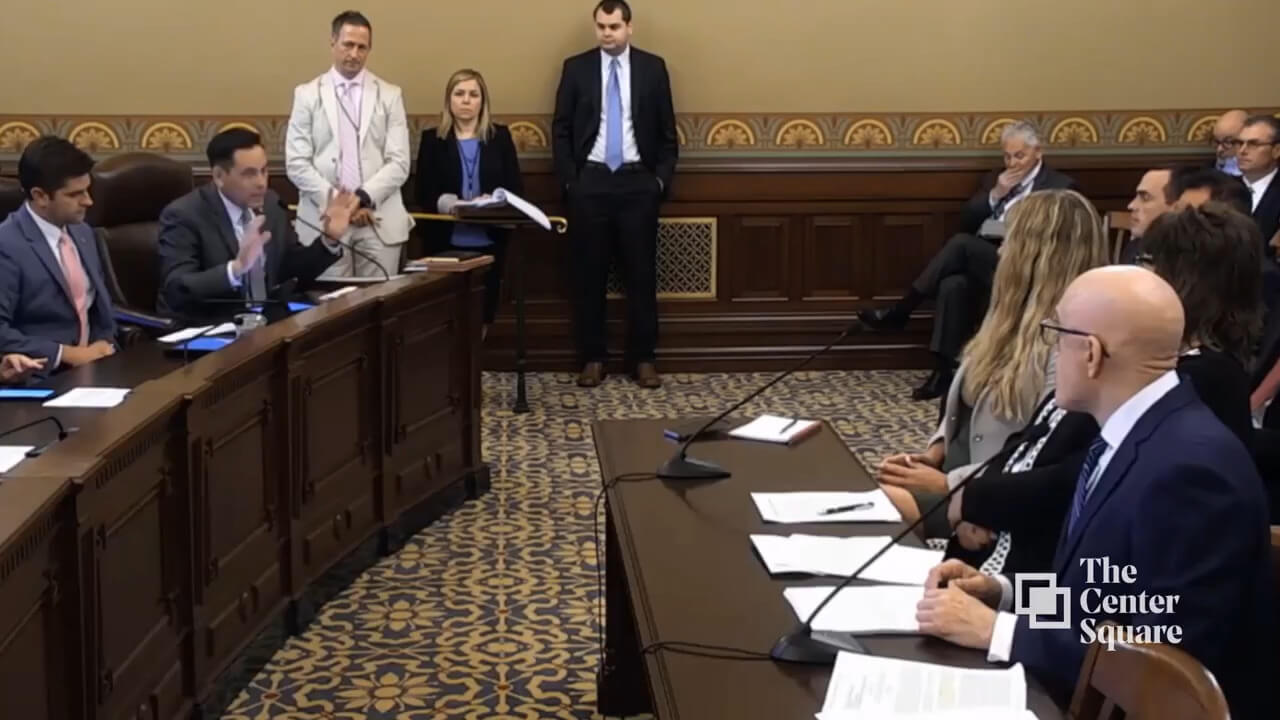 Republicans reacted with fury on Thursday. See the video of a testy exchange in committee linked here. State Rep. Tim Butler (R-Springfield) called the legislation a direct shot at the minority party. “You come down with omnibus elections bills that screw the other party,” he told Democratic Majority Leader Greg Harris. “That’s what you’re doing.”

Late Thursday, Harris filed an amendment that apparently deletes the third party provisions from the bill but leaves the absentee ballot provisions intact. Exactly what the convoluted bill will finally say and mean may not be known for a few days because it will be part of the thousands of pages of bills to be finalized before Midnight Friday when the session ends.

Neither the public nor most rank and file lawmakers will know much about what’s in those thousands of pages. So much for Pritzker’s promises of transparency. Our sources say Pritzker himself has little understanding and still less control over what’s happening. Democratic legislative leadership is running the show.

Doesnt the Madigan cartel already do this or is this just a way to make it sound legit ? They already throw in numerous candidates to water down votes in areas they control, which seems to be all of them. And these “shell bills” they come up with only to add whatever they feel like later on should be illegal. I sure hope the Burke indictments will keep drilling down to the king of all crooks. Madigan.

I would love to have seen the look on Madigan’s face when he realized that Solis was only one of many people wearing a wire during their conversations. These bills are likely his last gasp of air before he’s indicted.

Depends on how much money they can shovel to them so they don’t sing.

They’re singing. Solis folded when he was presented with evidence that he visited a massage parlor, for goodness sakes. These people didn’t take blood oaths, they won an office. They’ll all flip and obviously are flipping.