Many Democrats and Republicans alike now are asking that in the wake of Harvey, Illinois, which has exposed a huge risk now facing hundreds of Illinois towns and cities.

The answer is classic Springfield.

Under a 2011 law recently taking effect, towns and cities that don’t fund their pensions in amounts that supposedly would get them to 90% funding by 2040 now can have their share of state money intercepted by the Illinois comptroller and given to the pension to make up the shortfall. All the pension has to do is ask if there’s a shortfall, then the intercept is mandatory. Yet those funds that come to cities and towns from the state are critical for essential services. That’s what happened this month in the City of Harvey, and hundreds more are at risk around the state.

How did pensions get prioritized over basic services?

“It was was “bulldozed” through by Michael Madigan and John Cullerton in less than 12 hours, according to none other than Democratic strategist David Ormsby. “Madigan and Cullerton today pulled-off a real doozy. Wow,” wrote Ormsby. The intercept law was part of the “Tier 2 reform” bill passed in 2010, which was enormously complicated and understood by nobody.

The law turned out to be a disaster in many ways beyond the intercept provision. The whole Tier 2 scheme was bungled, putting it at risk of running afoul of Social Security safe harbor rules and forcing Tier 2 members to pay more than needed for their own benefits — subsidizing unfunded obligations to older workers with greater benefits. We detailed that  here three years ago. 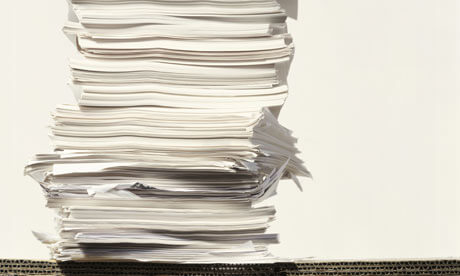 And how do you suppose Springfield has set out to fix the Tier 2 mess? By again bulldozing through a botched “Tier 3” reform nobody understood. Democratic leadership stuck it in thee 900-plus pages of “budget” law passed last July that members had only hours to read. The Tier 3 scheme is so convoluted that pensions say they can’t implement it until FY2020. It might never get implemented and may save no money.

That “budget” legislation included many other complicated items including the new school funding formula, the Chicago bailout and the new securitization scheme to protect bondholder interests in the same state money that is subject to the intercept law.

Who will win a priority fight between bondholders and pensions that exercise their intercept right? We don’t know yet, and that’s a story in itself.

–Mark Glennon is founder and executive editor of Wirepoints.

Hi I am so thrilled I found your website, I really found you by accident, while I was researching on Google for something else, Regardless I am here now and would just like to say thanks a lot for a incredible post and a all round interesting blog (I also love the theme/design), I don’t have time to go through it all at the minute but I have saved it and also included your RSS feeds, so when I have time I will be back to read a lot more, Please do keep up the fantastic job.

Ahhhh the old twisted way of presenting “facts”. Are you going to throw facts in here, or just try to scare people? Harvey frikin stoke money from Chicago and has more nepotism then you can count on your hands and feet. The Mayor is a crook, but you want to try trt throw this off on the pensions. Maybe the Police pension did this to draw attention to what’s gohhg on in Harvey. What town would only have $200,000 in operating funds? What town would lay off half their police and fire, but keep all of Kellogg’s relatives on the… Read more »

Mark,–I don’t know how anybody can keep up –but who’s first in line–the bond holders (under new secularization scheme) or pensions (under pension intercept) at the foreclosure sales in harvey and across the state?