Politics has moved from disagreement into rude, public attacks.

When your own elected representative confronts you in public – as if taking cues from Sen. Maxine Water’s political playbook – it becomes all the more outrageous.

I just experienced that first hand. My own state Senator, Daniel Biss, approached me in front of the food counter at my local Panera. He was nasty and aggressive in what he said and how he said it. And he thought he could just walk out and have the last word. 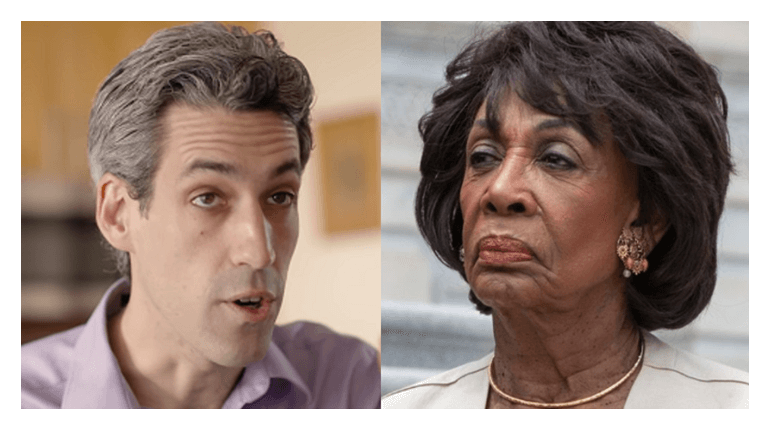 Sen. Biss and I have argued public policy in the past, both in panel discussions and policy forums. We’ve always been on opposite sides, whether it’s been pensions, income taxes or health care reforms.

For example, I’m for ending defined benefit plans and giving government workers control over their own retirements. Biss is for preserving the current pension system. I’m for scaling back government costs to what Illinoisans can afford. He’s for a progressive income tax hike so government can do more.

Biss has never liked my positions and he’s let me know that in the past. But this time was different.

He was leaving Panera with a companion when he saw me, then approached me while I waited in line at the counter. The following exchange took place:

“This is Ted Dabrowski. He’s a horrible person.”

I smiled, thinking the opening joke was over and that we’d actually have a normal exchange.

But then Biss repeated, emphatically, still looking directly at his colleague, “No, I’m serious. He is a horrible person.”

Still hoping things would take a better turn, I looked at his colleague and said, “Dan and I don’t agree on much.”

Then Dan went on, “We are going to destroy these guys. Destroy them.” At which point he turned around and walked away.

His colleague, now realizing she should walk away, too, seemed confused. I asked her, “Are you a candidate?” She said, “God no.”

And that was that.

Biss apparently thinks he can get away with such incivility. Toward one of his constituents, no less. I’m not surprised. But I am disappointed.

I welcome and respect disagreement on issues and Wirepoints’ worldview. After all, that’s what policy debates are all about. But personal attacks in public are wiping out what little civility remains in politics.

If Biss feels the need to personally confront me in a public space – and say he will “destroy” us – then Wirepoints’ policies and approach must be threatening his narratives. Which could be why he’s resorted to name calling.

I won’t do the same. Instead, I offer Sen. Biss the opportunity to publicly debate me on the policy issues he and I disagree on. We’ll see if he does the right thing.

The fascist Biss looks like San Hill from Star Wars

Ted you describe a personal encounter. An apparently quiet conversation in a line for Fast Food. Because the personal encounter took place in a local that is open to the public you felt the need to shout from the mountaintop your quiet injury. Sad testimony to your fragile self confidence. So you take that private encounter to the public airwaves in an attempt to disparage Biss publically…..but then you accuse Biss of making the public spectacle…..Maxine Waters Style? I missed the part where you got shouted out of the restaurant. Me thinks your sullen walk back to your auto, with… Read more »

There is no slander in telling the truth and public figures may (and should) be outed for gratuitous nastiness. Ted is doing the community a service by reporting this. It’s what “Dr.” Ford pretended to be doing with Justice Kavanaugh. Except Ted’s was spontaneous and contemporaneous and un-coached.

We’ll never agree on who “started” this process of threats and insults and character assassination but it’s not an admirable attribute of humans nor a very effective sort of debate.

There is another episode in which Biss thought he could do anything he wants and get away with it. He was one of the main authors of the blatantly unconstitutional pension theft legislation that was passed in late 2013. Thankfully, a unanimous, bipartisan Illinois Supreme Court overruled him. Biss is no more a friend of mine than yall’s.

No doubt some of these legislators are frustrated because there is a lot of pressure for single-payer health care and affordable college, but now the liberal politicians have to confront all of the pension debt on their balance sheets. The Dems in Calif. admit that the state can’t afford SB562, the single payer health plan.

Biss is behavior is just like Fascists, intolerant, hatefull, and encouraging confrontations. He doesn’ want to debate or discuss so resorts to thug behavior. Biss is a joke.

The day when one person who feels threatened by these new fascists and fights back will be the day that person ends up arrested. Welcome to the Fundamentally Transformed States of America. Thanks, Obama.

Waiting for Rich Miller of Capitolfax to pick up the story on Monday and ask Daniel Biss for a comment.

3
Bob Out of Here

You are like the little boy in that fairy tale. “The Emperor has no clothes.” I think people are beginning to see you and WP are right, and have been right all along. Destroying their carefully crafted lie in the process.

The very thin line that separated the Democrat Party from the Nazi Party has been erased. I’ll bet Bliss was even wearing a brown shirt, wasn’t he?

This has become the ritual of the Democrats. No discussions, no exchange of ideas, it’s their way or you are the enemy. I swear they are all deranged and should seek professional help!

This is a foolish tactic on his part, forget about strategy.

Anyway, is Biss running for anything this year? He lost the primary for governor, right?

Yes, he lost his seat, so he’s out. He’s moving on to a regional think tank called Rust Belt Rising, I believe.

Math destroys his narrative too, I’ll bet he hates math too.

Unfortunately, shades of things to come as the divide grows and the feelings of hopelessness expand across the state. Class warfare coming soon.

I attended my North Shore 40th high school reunion a few weeks ago. I lived in a North Shore town in my high school years – then middle class trending towards upper middle class but now upper middle class. There was a future in Illinois back then, although I didn’t stay after finishing at an overpriced so-called prestige East Coast school (they had a great basketball team). I live in a prosperous area outside of DC now, prosperous no doubt because of the titanium economic shield called the Federal Government. I was struck at my reunion by how little traffic… Read more »

I, likewise, attended my high school reunion last week — in Chicago Heights. People there are devastated. The whole south suburban area is ground zero of a catastrophic failure of government. Tens of thousands of stories of family financial tragedy.

Ummm there are other Midwestern states aside from Illinois.

Bliss should be careful not to denigrate those that buy ink by the barrel. Keep up the good work WP. You know you’re over the target when they attack you in public.

Where and when; I would like to see/hear this!

This is one major reason why I encourage others to lift weights and gain muscle. See if Biss is willing to pull stunts like that if you look like a body builder.

0
JOHN B POWERS
Reply to  Evan

I’d take Ted in a fight with Biss any day.

maybe Danny boys frustration is because wp is being quoted from forbes to wsj as the go to experts on ill fiscal disaster and not martirei & ctba. YOU GO WP!!!!

He should be bitter. His prime chance to be governor was thwarted by a billionaire boy who never held office before. He will never be that close again. Opportunity lost. He’s viewed as a sell-out anyway by the hard core proggies for his role in the failed attempt at pension reform years ago. I’m sure he’ll do fine indoctrinating disgruntled sociology majors at his new Blue Belt Sizing gig or whatever that outfit is called.

Ted – A see a political talk show in your future: “Between two sourdough bread bowls”

And he recently announced his new position — training candidates for office. No thank you.