Maine Township, located in Chicago’s northwest suburbs, has agreed to give property owners a $1.25 million tax break by eliminating this year’s levy for one of the township’s funds and reducing it for another. That’s thanks to the efforts of two trustees who fought to prove the township’s reserves were bloated and far higher than what the township needed.

Many governments across Illinois – from school districts to townships to library districts – continue to tax their residents even as government reserve positions are often way in excess of what’s needed to operate. Wirepoints recently reported on how some Illinois governments are hoarding taxpayer funds and Maine Township was featured. 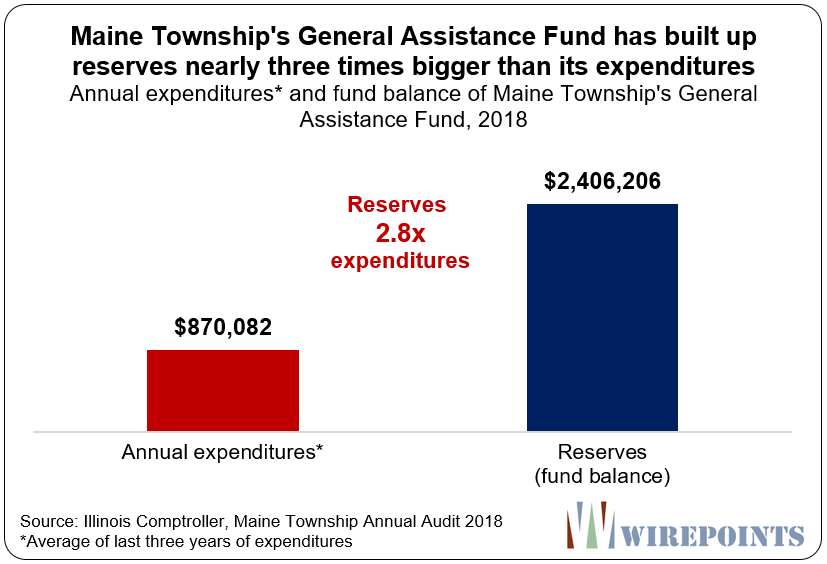 Trustees Dave Carrabotta and Susan Sweeney pushed for the tax abatement and were joined by Claire McKenzie in voting in favor of the reduction. Supervisor Laura Morask and Trustee Kimberly Jones voted against it.

May 24, 2020
The Illinois General Assembly has finally passed an emergency budget for 2021  Tax revenues have taken a severe hit due to the impact of the shutdown in response to COVID-19, yet that hasn’t stopped lawmakers’ spending priorities. The state will spend a record $42.9 billion while bringing in just $36.8 billion.
View Comments (4) | Add Comment