There’s more to the Pritzker/1871 story than being reported. 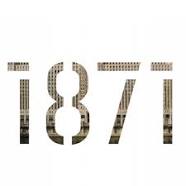 J.B. Pritzker founded the 1871 incubator for startups in Chicago. It’s a key item in his bio that he often boasts about. It’s is hugely successful and envied by cities across the country, thanks, in my view, largely to efforts by its former CEO, Howard Tullman, who Pritzker brought in.

Pritzker claims it’s a philanthropic venture and that he makes no money on it. But take a look at the investigative report Thursday by Mark Maxwell of WCIA linked here. At a minimum, Maxwell says, there’s a transparency issue in Pritzker’s claim.

But there’s more to this story, and it’s somewhat different than being reported.

Maxwell reports that, in 2007,  taxpayers put $1 million in into I2A, a venture fund Pritzker help found. However, it’s not clear how that relates to 1871, and I see no problem with that investment.

What Maxwell didn’t mention is a $2.5 million grant directly to 1871, for expansion, from the Illinois Department of Commerce and Economic Opportunity in 2014. That’s the one that’s questionable.

And there’s another issue raised by Pritzker’s 1871 involvement going unreported. Illinois’ most recent budget includes $500 million for the Discovery Partners Institute. That’s a major new tech center that would be located in Chicago, spearheaded by the University of Illinois.

It clearly represents competition for 1871.

What does Pritzker think of that? Surprise, he apparently wants to kill it. As reported by Crain’s after Prtitzker met with its editorial board:

“It should have partners in private industry,” rather than just rely on a pending state grant of up to $500 million, Pritzker said. “There is no private support as best as I can tell,” despite several months of promises from Rauner, who told Crain’s that investors are willing to step forward if he is re-elected.

Somebody needs to ask Pritzker about his clear conflict of interest on that.

1871 is a jewel Chicago can be proud of, but questions about Pritzker and its funding are legitimate.

Most developers consider 1871 a joke. It has all the ‘right’ people onboard – every venture capital firm, every private equity firm, every university entrepreneurship program. And they’re all looking for the next big thing – that they can benefit from (attach their name to, invest in, etc.). It hasn’t happened. True entrepreneurs can easily spot wantabes and parasites.

Couple of things stick out on the 990: