The good news is nearly a third of current lawmakers have already voluntarily refused a pension. The stage is set for ending lawmaker pensions entirely.

The hard part will be getting lawmakers who are currently earning pension benefits on board. It will take lots of pressure from constituents to make that happen, but it’s not impossible. You can bet a bi-partisan public is fully behind ending legislative pensions.

Who’s still on track for a pension? Below are the 124 current legislative members still in the pension system. The plan members range from House Speaker Mike Madigan (D-Chicago) to first term legislator David Welter (R-Morris) 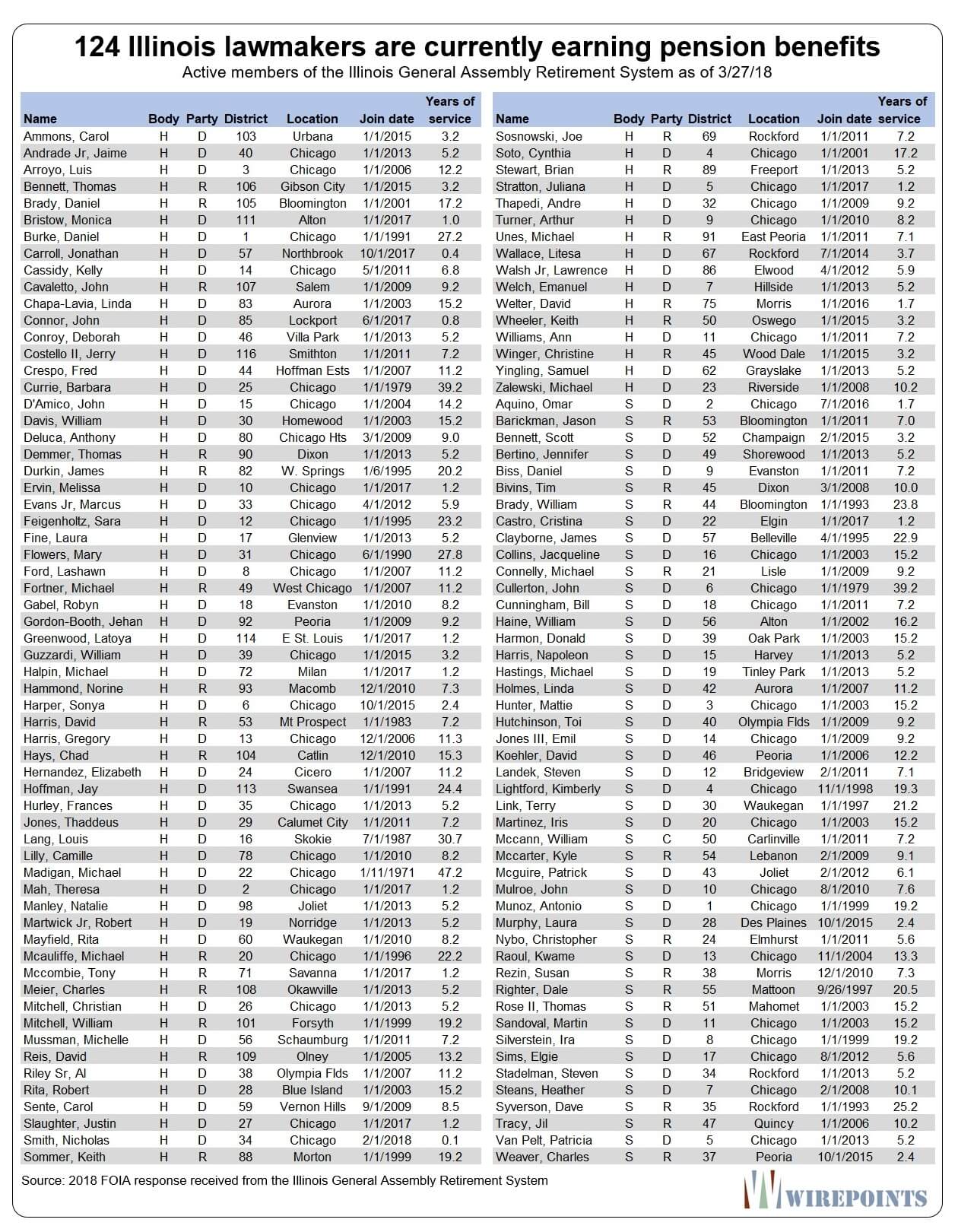 And how much will they get? The bigger pensions will go to the career legislators. Tier 1 politicians who’ve been in the statehouse for about 20 years can expect payouts worth millions.

Other, newer legislators haven’t accrued as many benefits. More recent members are under the newer Tier 2, a less generous plan for legislators that started after January 2011. However, the benefits they earn are still far more generous than what Tier 2 teachers, state workers, and university employees receive.

Getting lawmakers on board

Ending pensions is entirely within the legislature’s control. There’s no need for a constitutional amendment. There are no public sector unions involved. And it won’t affect current retirees.

Lawmakers have plenty of legal options to choose from: a pension buyout, a refund of contributions, some form of token consideration, etc. Any of those will do as long as the plan ends the accrual of new benefits for all lawmakers. Illinois’ politicians can keep everything they’ve earned so far, but going forward, all of them would contribute to Social Security and/or a deferred compensation plan.

The law is not the problem. The only thing preventing an end to lawmaker pensions is Illinois’ lawmakers themselves.

They’ll have to be pushed, prodded, and pressured into action. Those that actively object to an end to their pensions should be shamed by their colleagues, the media and their constituents.

Fortunately, there’s a collection of legislators who are natural allies of a “no pension” plan. A group of fifty lawmakers have already opted out of the plan, according to the retirement system’s records.

That includes 37 Republicans and 13 Democrats, from the conservative Rep. Tom Morrison (R-Palatine), to the progressive Sen. Andy Manar (D-Bunker Hill). 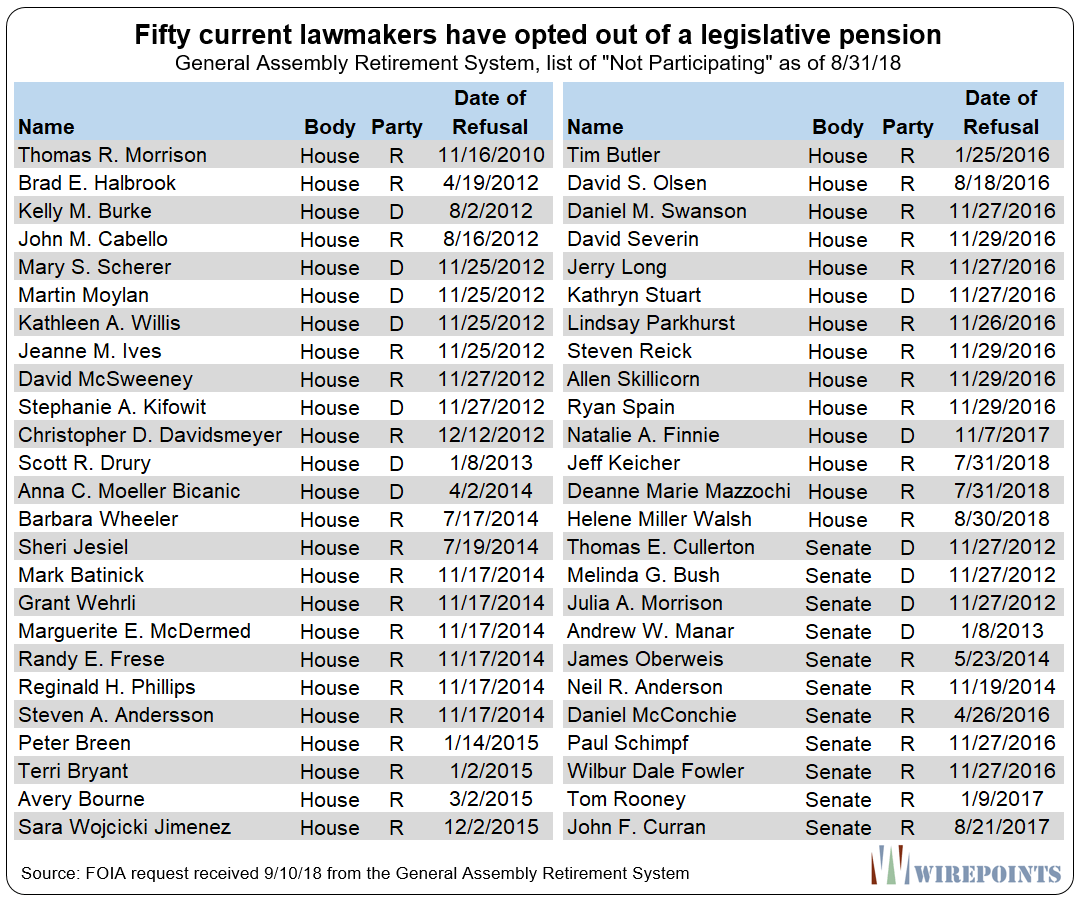 That’s not to say that these lawmakers’ support is guaranteed. Many of the above could still say “I refused a pension, but I won’t vote to end my colleagues’ benefits.” Pressure from both the media and their constituents will still have to be applied to make sure that doesn’t happen.

The list of 50 “no pension” lawmakers may grow after the election.

Whatever the outcome of the election, the pressure for new lawmakers to refuse a pension doesn’t have to end there. According to the pension fund’s rules, freshmen lawmakers have up to two years to opt out.

There are plenty of reasons to end lawmaker pensions. Politicians have made a mess of Illinois, their benefits are way too generous already, and their pension plan is bankrupt anyway.

But the most important reason is to end the inherent conflict of interest that stems from legislators benefitting from a pension in the first place. Ending legislative pensions is a vital step to toward real, comprehensive pension reform.

Once they opt out of the plan, can they get back in? I hope not.

No, once they opt out they cannot get back in. Irreversible.