Few things in Illinois’ pension system are more infuriating than “spiking.”  That’s when a government employer jacks up an employee’s salary just before retirement to likewise jack up the pension the employee will get. 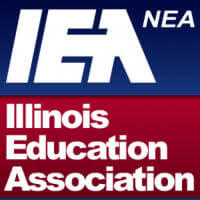 The story illustrates much that’s wrong in Illinois — the power of shameless public unions, and how it happens that Illinois refuses to deal with its problems.

Some background: In 2005, Illinois took a small step towards reducing spiking. Under the law passed then, any school district that spiked a teacher’s salary more than six percent in any of the near-retirement years on which pensions are calculated would have to bear the increased pension cost of exceeding that limit. The cost to the pension of some of the spiking, in other words, wouldn’t get passed along to state taxpayers.

So, earlier this year, the state acted to tighten the law a bit. It reduced the six percent threshold to three percent. That’s still not very tough because school districts are still free to spike near-retirement salaries as much as they want, though they must bear the increased pension cost of exceeding the three percent cap.

But now there’s a movement to roll that back. Newly proposed Senate Bill 3622 would undo that change by taking the threshold back to the six percent. In other words, the state would revert to a spiking control mechanism that didn’t really work.

Surprised they are Republicans?

Don’t be. This is an election year and they are both in districts heavy with public union members. Terry Link (D-Waukegan), a consistent public union champion, has now also joined as a sponsor.

The most interesting response to the bill is the IEA’s — because it is so dishonest.

Here are some of their reasons, provided in their press release, explaining how “Governor Rauner and the Illinois General Assembly did a disservice to our educators by capping end-of-career benefits at three percent”:

•   First, we shouldn’t be doing this because there’s a teacher shortage in Illinois, says the IEA, quoting Senator Fowler.

We need spiking for older teachers to attract new ones? Or they will leave if they can’t spike? Seriously?

If pensions have anything to do with attracting or retaining teachers, the problem is in Tier 2, which applies to all teachers hired since 2010, because it’s a bum deal. They contribute more of their own money than necessary to fund their own pension. They’re forced to pay an additional amount to subsidize the older Tier 1 members, who include the union leadership that rigged the system to favor fat cats at the top. It’s the Tier 1s who are doing the spiking. If there are Tier 1 teachers who are inclined to leave because their chances of spiking are reduced, let them leave.

•   According to the IEA, the limits “deter teachers from furthering their education and taking on additional coaching or tutoring roles.”

What? Should pay increases and resulting pension increases be given at all to teachers getting advanced degrees just before retirement? And if they take on additional coaching or tutoring roles in just those years, should that really drive up their pension?

•  And there’s this from the IEA: “Because educators can qualify for retirement benefits after five years of employment, the three percent cap encourages school districts to limit all educator salary increases to three percent.

Nonsense. Teachers qualify for a pension with just five years of service only if they are at least 62. Others must be at least 55-years old. The IEA apparently thinks we are supposed to believe that school districts can’t check to see how old their teachers are. Avoiding increases for those near retirement isn’t a genuine issue.

•  Cash strapped school districts can’t afford to be burdened with the cost of pension spiking, so state taxpayers must, according to the IEA.

The pension system is already regressive because it allows wealthy school districts to push far larger pension burdens onto the state than poorer ones. See our report on that linked here. Rolling back current law will make that worse because poorer districts don’t have the cash to pay the salary increases for spiking. Wealthy districts, flush with cash, will continue to do as they please.

And the state just gave schools an additional $350 million. Under the new school funding formula, that will increase by another $350 million each year. By year ten, schools will be getting another $3.5 billion per year from the state.

It’s unclear whether Senate Bill 3622 will get real traction. Perhaps it’s just an election year stunt for lawmakers like Anderson and Fowler.

One who apparently won’t hesitate to stand up to the IEA is Rep. Allen Skillicorn (R-Crystal Lake). He emailed me this on the bill, which should be unanimous in Springfield:

SB3622 is an example of the shameful special interest greed in Springfield that is bankrupting our state. In 2018 we changed the law to discourage school districts from spiking pensions. Now the IEA wants to change it back just weeks after it went into effect.

I will be a HELL NO on this bill or anything like it! Anyone that publicly supports spiking pensions is out of touch with mainstream Illinoisans. [His caps.]

UPDATE 8/2/18. And for the most dishonest comments yet on the pending bill, see Fred Klonsky’s. Klonsky has a huge following among leftist teachers. His article on the bill doesn’t even mention spiking. It’s just a salary cap to him.

Great article Mark ! Must be painful to get into the weeds and learn of the corruption and nest-feathering at taxpayers’ expense. But a very worthy undertaking !

How about rallying younger public employees together with taxpayers and businesses to change the state constitution? And until the pension plans get out of the hole (in the year 2095, perhaps), limit the maximum public pension to Illinois median household income for public employees who get Social Security and median family income for those who don’t.

Gets rid of all past as well as future pension spiking. And hits the politicians, managers and union executives who should have stopped this from happening harder than anyone else.

NY Times had an article on a poker player who just signed on to work in a hedge fund. The fund is Bridgewater, that manages a $200 billion portfolio, most of the funds coming from institutional investors. Pension funds like CalSTRS invest in hedge funds so that poker players can play with taxpayer money. There’s something bizarre about that but apparently that’s how things work.

The politicians and their backers get exactly what they pay for with hedge funds. Help in perpetuating a fraud that their projected rate of return is feasible. https://www.bloomberg.com/view/articles/2015-11-09/the-reason-pension-plans-stick-with-hedge-funds “A new report poses an interesting question: “Would public pension funds have fared better if they had never invested in hedge funds at all?” This is a subject we have investigated numerous times. The conclusion of the report confirms our earlier commentary: a small number of elite funds generate alpha (market-beating returns) after fees for their clients while the vast majority underperform yet still manage to overcharge for their services. One wouldn’t… Read more »

“Would public pension funds have fared better if they had never invested in hedge funds at all?”
Absolutely.

You nailed each point, Mark. Much like the argument that taxpayers aren’t going to move if you raise taxes, long-term teachers aren’t going to quit if you “remove” the spike (as you said, it’s not removed, it’s reallocated). What’s the value of a Masters Degree of a soon-to-retire teacher to a school district? If there is any value, it’s in year 10 or 15, not year 30.

The fact that IEA is so frightened of locals having more transparency in pension costs should tell you all you need to know.

OK, readers, you tell us how Illinois’ fiscal crisis will turn out.

December 1, 2020
Our answer never seems very satisfying so now we are putting it on you. Have at it.
View Comments (7) | Add Comment

December 1, 2020
Priority No. 1 couldn’t be more clear. Pensions are Illinois’ biggest problem and they cannot be fixed without an amendment to the state constitution. Proceed now.
View Comments (61) | Add Comment