UPDATE 5/22/18: For a report on legal proceedings today and yesterday on the Harvey, IL intercept, see the article linked here in The Bond Buyer. “Revenue bondholders won a partial victory this week when the state comptroller concluded they will continue to get first crack on local home rule sales tax collections. But the comptroller’s ruling sets a precedent that is worrisome for many other local bondholders around the state who fear they will fall behind bondholders in competition for a limited pot of revenue.” Basically, some of the revenue apparently will go to bondholders and some to a pension, but the fight between the police and firefighter pensions over which gets the money remains to be determined. A broader, global settlement is still being attempted.

I hate to say I told you so but, no, wait. Who am I kidding? I say that all the time.

Among the things I first wrote about here, over five years ago, was the inevitable fight for body parts in Illinois and how dangerous it will be. “In any insolvency smart creditors race to find whatever means they can to assure they will get paid ahead of other creditors,” I wrote in December 2012. “They try to get liens or mortgages on assets or get other creditors subordinated to them.”

That was when the “intercept” concept first arose in the General Assembly. That’s the mechanism by which municipal pensions can force seizure of critically important money flowing to local governments from the state. It became law in a different bill.

That intercept issue is now getting national attention and is being debated in court today  for Harvey, Illinois.

The priority war will play out in many ways and in many communities. The bond industry has been “collabering up” (the phrase we used to use when I practiced bankruptcy law in Texas) — everything in sight. They know secured debt gets priority over everything else. They’ll be fighting not just pensioners but taxpayers and service recipients who want to keep things running at a reasonable cost. Court-ordered tax increases, like the one ordered for Harvey last year, loom for other municipalities. So do direct suits by pensioners against sponsoring governments, which the Illinois Supreme Court says they may eventually pursue.

In fact, you can add pension versus pension to the war scenario. In Harvey, the police fund is arguing its claim is superior to the firefighters’ claim because it was submitted first, according to The Bond Buyer. Litigation-free-for-alls  and races to the courthouse should be expected.

Count on pensions being well represented. They’re batting 1.000 in Illinois courts. Same for bondholders, who are well funded. Who will represent service recipients and taxpayers? Pfft. 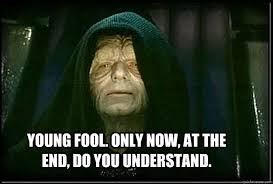 Yes, we’re guilty of saying “I told you so” often.

Tough. We’ll keep saying it until we can start saying, “Glad you listened.”

–Mark Glennon is founder and Executive Editor of Wirepoints.

We need to find and destroy the Illinois Illuminati!! The Illuminati is to blame.

It is in front of our faces. The Illuminati is doing now and we can not stop them.

I hear the Illuminati lives in tunnels under ground. It rumored they they don’t pay property tax rather.

Pension reform (including those already drawing one) needs to happen ASAP!
I can’t imagine any of those good retirees helping a thief steal their neighbors’ belongings – so long as they get a cut of the bounty. But, they think it is just when Big-Gov does it for them.

The comments above show how successful Springfield has been at pitting neighbor against neighbor – with hatred. Since it’s inception in 1939, the General Assembly has not once made a required payment..That has created the present situation where 80% of next year’s payment (if made) will go to cover past abuse. The situation got so bad that when the new constitution was drawn up, the term “contractual” was added. This language was OKed by the convention and THE PEOPLE OF ILLINOIS after the subject matter was covered in pamphlets and newspapers, as required by law. Nothing changed. This was doable,… Read more »