He flabbergasts the human race 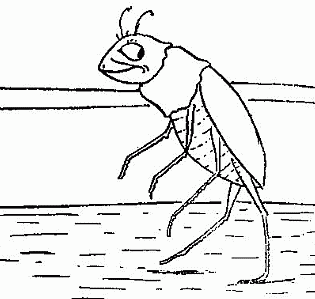 By gliding on the water’s face
With ease, celerity, and grace;
But if he ever stopped to think
Of how he did it, he would sink

It’s difficult to overstate the importance of Governor JB Pritzker’s combined Budget and State of the State Address this Wednesday. From it, many Illinoisans will decide whether Pritzker has any real plan for breaking the state’s death spiral. With that, many will decide whether to stay or flee.

Throughout his campaign, Pritzker’s vision for the state centered on a progressive income tax. Primarily based on it, Pritzker promised not just fairer tax burdens but fiscal stability. He further led many to believe that tax would make his list of other promises realistic, including a middle class tax cut, property tax relief, more funding for early and higher education, and expanded healthcare access.

But he glided on the water’s face by refusing repeated demands to put up specific numbers on how much additional revenue would be raised and from which income levels. Voters evidently were not bothered.

Emboldened by that success, the Pritzker Administration repeated the same heavy yet vague reliance on a progressive income tax in its first major announcement on budget plans contained in a speech given last week by Deputy Governor Dan Hynes.

Hynes seemed to acknowledge that only duct tape can hold the budget together for now, but things will be different after two years if the Fair Tax can be passed. “The fair income tax will change the arc of this state’s finances in a very positive way – forever,” he said. Still no specifics, however.

That won’t work any longer.

As Pritzker himself emphasized often during his campaign, uncertainty is a major issue in itself. How much will taxes go up? On whom? What will that solve? What will be left unresolved? From the largest corporations to young people entering the workforce, the questions can no longer be postponed. If Pritzker really wants to reduce uncertainty, he better get concrete on his signature tax initiative.

For the state itself, long term planning is impossible without specifics on revenue projections. A consensus seems to be forming on the notion that Illinois’ problems can only be solved with a longer term plan, perhaps five years. Hynes said pretty much that in his speech. That’s appropriate, but concrete revenue projections are essential if any long-term plan is to be credible.

Fairness is a further rationale behind the progressive income tax, but that’s a separate and more complex issue deserving a lengthy discussion in itself.

Whether it’s the fiscal crisis or fairness, Pritzker better realize he can’t still glide over the water on vague hopes for a progressive tax panacea. Either he gets specific on Wednesday or he’ll sink like that waterbeetle.

The job of government is to prevent the great unwashed from accruing wealth.

The only reason the cost(s) of anything are not discussed is because those doing the selling need you to understand the benefit before they tell you the price (not the same as cost).

With the possible exception of the conservatives who place a higher value on religious issues than they do their communities financial well being.

“It’s the only way to be sure” – Ripley from the movie “Aliens”, suggesting to nuke the colony site from orbit as the best way to kill the xenomorphs

Unless JB provided specific tax brackets and rates, assume YOU will pay more in taxes, regardless of what you make.

It’s the only way to be sure.

Yep. Even if they introduce it with a low set of rates, they will be introductory rates. We’ve just saw a proposal that targets 100k households with a 3.5% tax — they even went so far as to explicitly say 100k households aren’t paying their fair share — so now 100k is considered rich…

Agreed, this has all the makings of a bait and switch. If there is no long-term guaranteed rate lock written into the legislation, assume the rates will increase every year.

It’s the only way to be sure.

0
world with end
Reply to  nixit

So, making the initial set of progressive income tax rates not quite as high as what wirepoints estimated, Pritzker can “prove” research orgs like wirepoints wrong, but then increase the rates later. That would be a can kick within a can kick. The progressive income tax is a can kick, and the gradual increase of the tax rates would be another can kick. Gradually increasing the rates wouldn’t cause as high of an initial spike of residents leaving IL, but the end result would be the same after the incremental increases take effect.

I’m copying that one into the favorite quotes list I keep.

September 28, 2020
Mark was on with Mike Flannery of Fox 32 Chicago last week discussing why reforms are needed in Illinois, not a progressive income tax.
View Comments (6) | Add Comment