Has the cancel culture infected your kids’ school? A parent group may have a partial remedy.

A resolution submitted to the New Trier High School board in north suburban Chicago would, if adopted, assure:

New Trier High School’s fundamental commitment is to the principle that debate or deliberation may not be suppressed because the ideas put forth are thought by some or even by most members of the New Trier High School community to be offensive, unwise.

It would guaranty all members of the school community “the broadest possible latitude to speak, write, listen, challenge, and learn.” 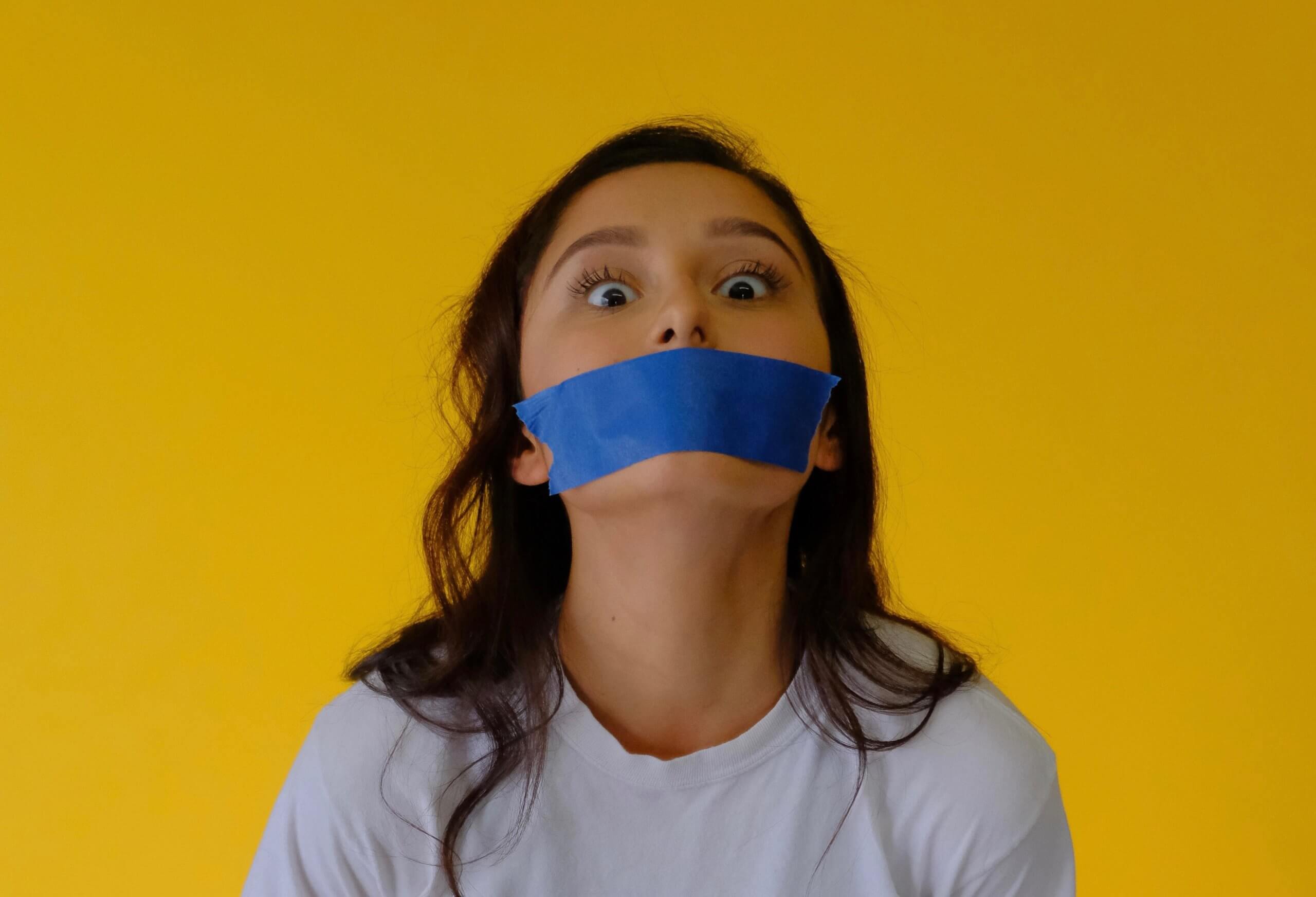 The resolution apparently would be the first of its kind in the nation at the high school level. It is modeled on The Chicago Statement, which was adopted by the University of Chicago in 2015 in response to the illiberal trend of free speech intolerance on college campuses. The full resolution appears below.

It was drafted by New Trier Neighbors, a parent group that grew out of opposition to what was criticized as one-sided content in the school’s “Seminar Day” in 2017, which a Wall Street Journal article called “Racial Indoctrination Day.”

The seminar received extensive, national media attention because of its exclusive focus on topics like systemic racism, implicit bias and, as the Journal put it, the “divisive view of race as a primordial fact, the essence of identity, a bright line between oppressed and oppressor.”

We wrote about it here at the time. My son attended the school then. I was among the critics who asked for a broader range of viewpoints like those of Robert Woodson, Shelby Steele, Thomas Sowell, John McWhorter and Corey Brooks. The school rejected our requests.

Since then, the school has only broadened what it describes as its “equity initative,” expanding what dissenting parents regard as authoritarian imposition of the far left’s single-minded views on race – as well as other topics. Last year, the school moved to infuse its administration’s views on “equity” into virtually all subject areas including math, science, sports, language and more, which you can see in the memo linked here.

Some right-of-center students have spoken up about having their viewpoints squelched, and even being penalized on grading for their views. My kids reported the same things when there.

New Trier is hardly alone. Similar stories from high schools and even grade schools around the country are now common.

The resolution presents the school with an opportunity to move in a more balanced direction that respects diversity of opinion and returns to a focus on critical thinking skills. New Trier Neighbors drafted the resolution in consultation with the K-12 policy experts at the Foundation for Individual Rights in Education.

No word yet on how or when the school board will act on it.

We often receive emails at Wirepoints from ordinary citizens asking “What can I do? How can I get involved to stop what’s happening?”

This resolution is one answer. Push for a similar one in your school districts.

The cancel culture that now plagues the nation has its roots where it should have no place whatsoever – schools. That’s especially true about the disastrously counterproductive orthodoxy on race. Its easily predictable consequences are now apparent across the nation – more racism and division. Race relations have been set back by fifty years.

For those reasons, what New Trier itself does with the resolution is actually secondary. While we hope it will adopt the resolution, it’s far more important that its introduction set a trend for districts around the nation.

Indoctrination long ago replaced education on most college campuses. Freedom of expression resolutions might help save high schools from the same fate.

Parents, it’s in your hands.

The New Trier High School Freedom of Expression Resolution, presented to the Board for adoption in its entirety, and based on The Chicago Statement:

Great work again, Wirepoints. And kudos to the NTN for having the courage and the involvement to put forth this proposal. Teaching students to think for themselves, evaluate alternatives and judge good ideas from bad is what education should be about. “Memorize this– do what I tell you– and don’t hear anyone else” is a philosophy that does not belong in the educational process at any level. Shame on the NT high school officials for forgetting that.

So for instance a student would be free to say Black Lives Suck?

Without fear of retribution or expulsion?

Because 2 of the 3 BLM founders are trained Marxists, among other reasons.

You mean it is really possible to restore freedom of speech in public schools in 2020, even if the Fed Reserve is waving the BLM flag?

Harold Uhlig was not terminated from his Chicago Fed contract in vain after all?

Is this really the Wirepoints website or am I on The Onion?

You’re a little behind Mark. Back in 1984 , I considered studying for a degree in History when I went to college. My first day , after going to sevral of my courses in the Liberal Arts Building, I realized college professors and the whole college “cliche” was way too communist indoctrinated for me to ever go there. This was 1984! And guess what? it is now 1984!

Should have suggested Enoch Powell as a viewpoint, the smart stooges would have melted down at that name.;

The pendulum is very slowly beginning to swing the other way. After a couple of years of cancel culture permeating every aspect of local govt and schools, the residents in the middle, even left-leaning “classic liberal” types, are tired. Reasonable people have their limits.

The extremists don’t understand iterative change. They are taking a ham-fisted approach to address each and every one their perceived ills and won’t be happy unless all are met. Society doesn’t work that way. Sometimes, when you try to change everything, nothing changes.

Hi Nixit! I was just thinking of you the other day! I don’t read the comment section of Chicago tonight Any longer, but recently, I did. I thought about your brilliant comments and how I missed your evaluation of all things education. I read the NYT – painful as it is. Recently, there have been a smattering of articles and editorials from cancel culture to global warming that I never thought I would see printed in the NYT. Where commenting is available, I am hopeful seeing the most popular are those left of center wearying of the woke left. Pendulum… Read more »

This group is a joke. It doesn’t want balance, it just wants to denigrate our public school. It’s part of the larger goal to do away with public education so that people like the NTN members can save a few tax dollars.

-26
Platinum Goose
Reply to  NTN is a joke

Yes you’re absolutely right. We should only allow one viewpoint and indoctrinate students with that one sided view. After all we don’t want them getting confused and actually having to think about something.

11
Author
Mark Glennon
Reply to  NTN is a joke

It’s uncanny how consistently the cancel culture responds with only ad hominem answers like that instead of any substantive response.

18
Daskoterzar
Reply to  NTN is a joke

My goodness, please don’t tease me with that “do away with public education” talk. My property taxes would go down by $700/month. $8,400 that is much better off in my 401K or my pocket.

But what would you replace it with? How would you educate the masses?

I mean, adding more money to your 401k sounds good until you realize education benefits all of society.

Excellent. Couldn’t be more timely or important. The issue needs to be front and center in school board elections.

As I age, I find that human nature becomes increasingly predictable. The wisdom of our founding fathers over 200 years ago simply amazes me. They understood human nature then, and it doesn’t look like it has changed much. It is ironic that we now have all the knowledge of the world at the push of a button on the internet, and can communicate with billions of people in literally seconds, yet humans still fall prey to the same faults they have for thousands of years. This is why the unique freedoms we have must constantly be fought for. Like a… Read more »

History doesn’t repeat itself, human nature does. You are spot on.

Congratulations to the students and parents of New Trier High School. Freedom of speech only works when all sides of the argument can be heard.

Not so fast with the congratulations. The school board hasn’t voted on it yet and the mob has yet to chime in.

More people will need to opt out of public schools if they can. My children never darkened the doorway of a public K-12 school, and my wife and I sacrificed significantly to make sure that never happened.

Just curious as to what became of your children?

January 19, 2021
Ted was on AM 560's The Morning Answer this week talking about how Illinois can save more lives by giving the elderly the COVID vaccine before any other group, the inconsistency of Illinois' destructive lockdown rules, and how Illinois' leadership doesn't appear to have any real plan to bring the COVID crisis to an end.
View Comments (2) | Add Comment