The Founders would surely be proud to know how long democracy has survived, but this would no doubt make them shit. (Even Ben Franklin used that word sometimes so don’t get upset.)

The nervous ones are those who control most of those units because they provide armies of loyal campaign workers and contributors dependent on their political bosses for their paychecks.

But how will they justify opposing the consolidation that’s so obviously needed? A leading Democratic strategist tipped off their case this week.  Are you ready? Here it is:  Consolidation “disguises an attack” on democracy.

That’s the argument made by longtime Illinois Democratic communications guru and former staffer for Mike Madigan and Richard Daley, David Ormsby, in his article on Tuesday. The “hidden cost” of consolidation, Mr. Ormsby says,  “is less democracy, less granular democracy.” And less democracy lengthens the distance between the people and their leadership, Mr. Ormsby says. What suffers as a result? Accountability, he tells us.

It’s not just that that Mr. Ormsby is dead wrong, though he is. Layers of government in Illinois are so deep that most voters in Illinois can’t come close to naming who does what or identify where their grievances are. Why is your property tax bill so high — which of all those jurisdictions on it are the problem?  Who knows? And more units mean more accountability? How has that worked out for the 650-plus public pensions that have bankrupted the state and so many municipalities, each with its own board of trustees, actuary, assumptions, and financial reporting, all intertwined with complex mandates from the state? 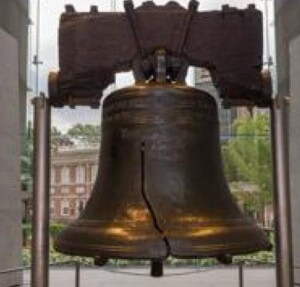 No, it’s that consolidation opponents in the political machine that control Springfield would wrap their case in the flag of democracy.  None of the Founders would have imagined a state with this many taxing bodies. Moreover, they didn’t believe in much direct democracy at all, preferring instead a republic with indirect democracy. Most importantly, their primary concern in how they structured government was abuse of power by people who accumulate too much of it, maybe like the guy for whom Ormsby is effectively serving as mouthpiece — de facto governor Michael Madigan, or his other former boss, Richard M. Daley.

Let’s hope Illinois has the right conception of democracy.

For instance, one of the reasons consolidation typically doesn’t work for school districts, is because there is an Illinois state law which says, the highest collective bargaining schedule must be used in the newly consolidated district. Do you think that law has been on the books since the inception of collective bargaining in Illinois? Thus, consolidation typically increases long term costs for school districts. In the short therm, the State of Illinois subsidizes the consolidation. When the subsidy ends, the local taxpayer is confronted with higher labor costs. Of course this fact is often minimized in the consolidation effort, concentrating… Read more »

The average citizen needs to pick a unit of government and get involved to understand the issues.
A bigger problem than the number of units of government, is the legal corruption.
Legal corruption is where the law is changed.
The illegal, becomes legal.
Pension laws, collective bargaining laws, and a wide variety of other laws have been changed to benefit special interests at the expense of the public as a whole.

September 18, 2020
“Other states were prepared for a rainy day and we weren’t. Pritzker has to look at payroll because that’s the biggest part of the expense. The bottom line is that with unemployment so high, with the economy struggling, he’s got to make government more efficient and less costly for the taxpayers.”
View Comments (8) | Add Comment

September 17, 2020
It’s not cases that matter, but hospitalizations and deaths. That’s important because there’s been no real increase in hospitalizations or deaths for three whole months. Cases have tripled since their lows on June 18, yet the average daily death rate has actually fallen from 50 then, to about 19 today.
View Comments (14) | Add Comment