By: John Klingner and Ted Dabrowski

The full impact of the coronavirus on Chicago’s economy won’t be known for some time, but if the precautions implemented to stop the spread of the virus persist, the city’s economy, budget and its residents are in for a nasty shock.

Much of Chicago’s economy relies on services like retail, food, hotels and other industries that have helped boost Chicago’s record tourism and its booming Loop. If event cancelations and closures endure – Gov. J.B. Pritzker says he’s now considering closing bars, restaurants – and companies continue to promote work from home, all those sectors will suffer. Mayor Lori Lightfoot has already ordered bars and restaurants to restrict capacity. Here are the areas where the impact will be harsh:

Chicago’s 2020 budget relies on $129 million from hotel taxes alone. The cancellation of events like those at McCormick Place will cut deeply into that. 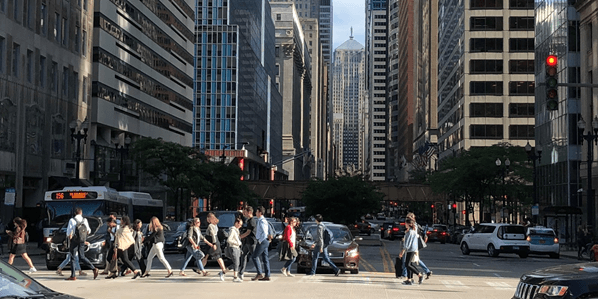 Amusement taxes of $194 million will also fall as sporting events and theaters remain shut down. Transportation taxes worth $388 million – from ride-sharing to gas to auto rentals – will also take a hit as both tourists and residents restrict their travel around the city. 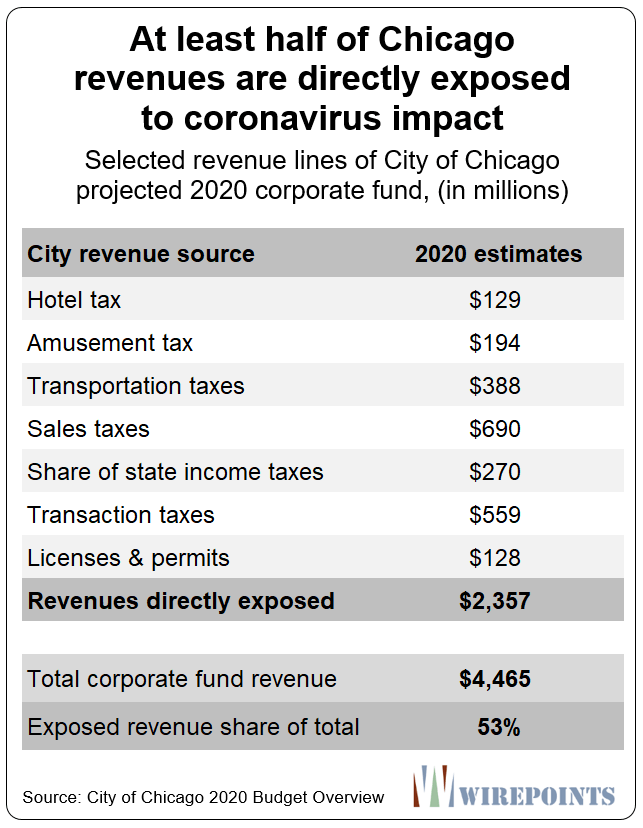 The city also takes in $270 million from its share of state income tax revenues. The many impacts of the crisis, from lost wages to stock price drops, will take a serious bite out of personal incomes.

Then there’s $600 million in sales taxes – the largest single source of revenue for Chicago’s $4.4 billion corporate fund. Sales will inevitably decline along with the rest of the city’s economic activity.

And so will other types of transactions that require robust activity, like sales of property. Transaction taxes of all types account for nearly $560 million in revenue, which will surely fall as the economy grinds to a halt. The same goes for the city’s $128 million in licenses and permit fees.

Altogether, at least half of the city’s corporate revenues will be exposed directly to the impact of the coronavirus. If those budget lines alone suffer a 20 percent decline for the year, that will add another $500 million hole to the budget. 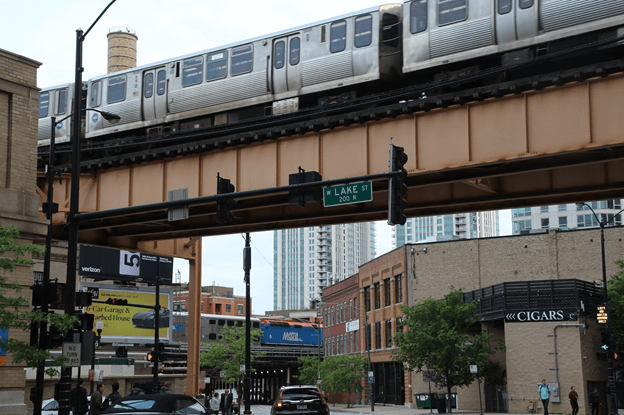 And that’s just the impact on the city’s $4.5 billion corporate fund budget – there’s another $6 billion to Chicago’s total budget. O’Hare Airport alone brings in $1.5 billion in revenue that’s sure to decline.

(The city, CPS and other sister governments also collect another $5.7 billion in property taxes, but they won’t be directly affected by the economic downturn. The tax levy amounts are fixed and don’t change as a result of economic activity. However, the downturn could result in more people being unable to pay their property taxes, which would reduce revenues.)

Revenue losses will be a big deal for a city that started the year with an official $800 million budget deficit and tens of billions more in pension debts. Lightfoot’s attempts to close the budget gap – a gap that understates the city’s true deficit – have already been met with skepticism from all sides. The damage being done to the city’s revenues will throw Chicago’s finances further into doubt.

Based on Moody’s ratings, the city was already rated one notch into junk before the crisis began and the Chicago Public Schools fared even worse, at four notches deep into junk territory. And Moody’s had already tagged Chicago and Detroit as the two cities least prepared for a recession. The loss of budget revenues and the impact of a potential recession could hurt those ratings further. 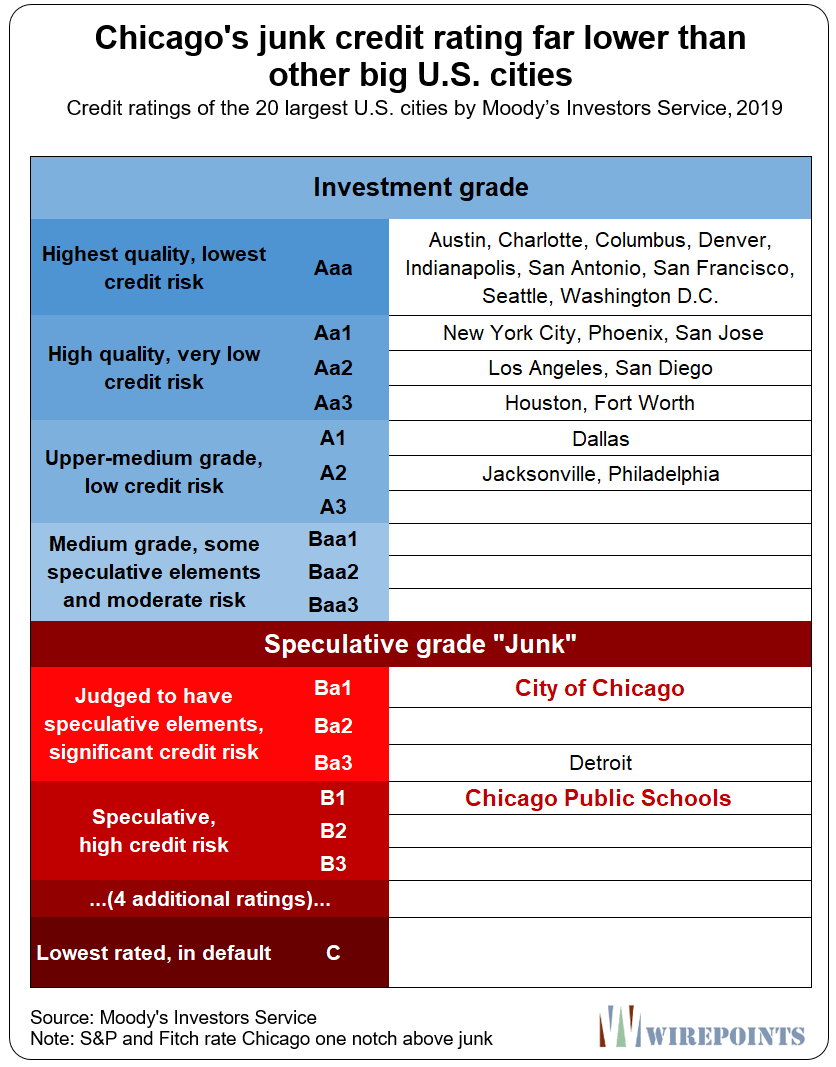 The economic impact of the virus will also hurt the people who live and work in the city. Chicago has nearly 1.4 million workers, hundreds of thousands of which work in directly affected industries.

The pain will go further as those tied to the airline industry and United Airlines, in particular, face potential layoffs. O’Hare is the nation’s busiest airport and as airlines scale back flights by as much as 40 percent, workers won’t be able to escape the impact.

For sure, federal action – tax cuts, stimulus packages and other support – is expected to relieve some of the financial pain for individuals and industries.

But if there’s one big risk the city can do little about, it’s the weakness of their city-run pension funds. The crisis will expose what little liquidity those plans have left. The firefighter fund is just 18 percent funded and the police fund, just 23 percent. The municipal fund, the city’s largest, is also at just 23 percent.* 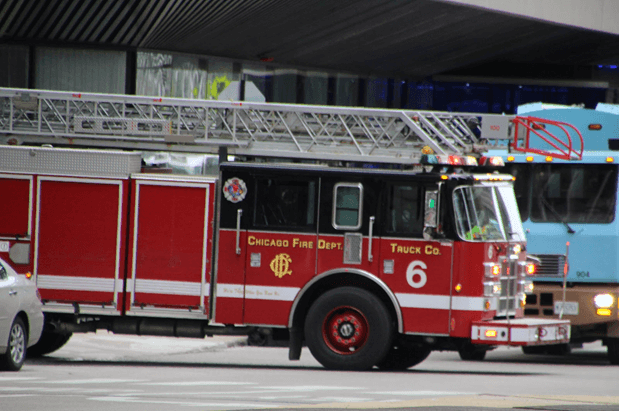 The stock market meltdown will hurt the value of the plans’ assets – Wirepoints covered that in detail here – while any potential cuts in city contributions to the plans as a result of the crisis will make the funding levels even more precarious. If the drop-off in city tax revenues is sufficiently large, city officials may be forced to choose between paying for its active workers and its pensioners.

Mayor Lightfoot’s predecessors may have left her in a bind when it comes to the city’s finances, but she’s made her own mess since taking over. She continues to oppose an amendment to the Illinois Constitution’s pension protection clause and she’s refused to rein in labor costs, as evidenced by her record Chicago Teachers’ Union contract. And she did the same old thing – relying on gimmicks – when passing her “balanced budget” for 2020.

Even if coronavirus abates quickly and the economy rapidly returns to normal, the downturn clearly will rip a huge hole in the city’s budget. But if this crisis lasts too long – or it turns into a full-fledged recession – expect Chicago to be stretched to its limits.

*The Chicago Teachers Pension Fund is a separate plan controlled by the Chicago Public School district. It’s about 50 percent funded.

Read more about the impact of the coronavirus on Illinois and Chicago:

It is all over for Chicago and Illinois. Toast, DOA, no hope what so ever.
Pensions will be paid to all the cops, teachers and firemen in Florida living the good life.
The rest of you will suffer, suffer, suffer and then just DIE.
The virus is going to bankrupt most all small business. No rent, no taxes, no jobs.
It is going to be twice as bad as your worst fears.
Run as fast as you can.
There will be no law and order in Chicago. The city is going away as you know it.

Just Run, do not look back till you reach water.

Just remember that when this over blown crisis is over the Demorats destroyed small business in Illinois! When election time comes, remember who destroyed your business!

This is just a suggestion. What if there is a cyber attack or even an accidental shutdown of local or large bank or even the internet itself? We would not have access to ATM’s/debit/credit cards. There would be a run on banks but without internet access to your accounts you would get nothing. Keeping some cash (small bills) on hand would be a smart thing to do and do it soon. Full tank of gas and getting refills (90 days) on any RX drugs ASAP. Not to be a fear monger but if this happened what we’ve seen is child’s… Read more »

fed reserve just cuts rates to near zero and stock futures still crashing for tomorrows open. investors aren’t dumping stocks for the safety of bonds, both are selling off at an alarming rates–yikes!! from everything i read the $tens of trillions$ gorilla in the room is all the junk corporate & state / municp junk bonds and private equity leverage debt (that a lot of pensions are invested in) going belly-up, —expect a gigantic federal bailout in coming weeks. will they bail out states as well? but what do I know?

Bailout with what? The Federal government is 23+ trillion in the hole and the Federal Reserve just shot its wad with ZIRP and QE. And as far as I can tell, they never even rolled all the bad debts off their books from the 2008 bailout. I suppose maybe you can blame the Chinese government for the crisis and declare a certain amount of existing debt void, but yikes — things getting interesting quick.

Exactly, who’s going to buy all those t-bills that yeild zero–tripple yikes!!!

Fat Slob is a Democrat moron who spends too much time freaking out on Twitter. 48 other states are going a long just fine with no major shut downs. Fat Slob overreacts and shuts down the state and the economy. This is going to destroy Illinois. Congratulations Illinois, you’ve hired the first ‘twitter Resistance’ head of state who will destroy it over the flu that targets 80 year olds with COPD.

Hope everyone enjoyed their favorite local bars and restraints recently. With the small business climate in Illinois already being in a precarious state, they may not be around in 2 weeks.

they ought to be preparing for bankruptcy now. they won’t.

Maybe that’s why they closed the courts: you can fume but you can’t file.