To be fair, no mortal could propose a budget today for Illinois that purports to be balanced unless it contained either suicidally huge tax increases, cuts that voters aren’t prepared to accept or a truckload of baloney.

But, man, there’s so much to question, criticize or presume won’t happen in Governor Rauner’s new budget proposal.

This is not an overview of everything in it. There’s more described in other articles we are linking to (a good one is linked here), but a nice summary of key numbers is copied at the bottom of this piece. These are just the big issues that jump out:

• A four-year phase-in shifting some pension costs to schools will be a key controversy, though it’s had significant bipartisan support in the past. About $490 million in savings is anticipated from that in the coming year, but Rauner also proposed boosting funding for education by $556 million, about $350 million of which is under the new funding formula that was enacted last year. Rauner emphasized that schools will be able to make up the difference in future years through reforms in unfunded mandates that drive up their costs. (That point, by the way, is being ignored by the media and critics.) That’s the right idea but Democrats want to keep those mandates because they’re sacred to public unions.

• How can you give a budget address in Illinois today and not even mention property taxes? That’s where are our crisis is burning white hot and is a humanitarian disaster in many Illinois communities, especially south Cook County. Property taxes are a state issue and not just local because so much controversy surrounds shared revenues and responsibilities, particularly schools. If cost savings from eliminating unfunded mandates don’t materialize, property taxes would spike up.

• It assumes $900 million per year in savings from a pension reform proposal based on the “consideration model,” but unions are certain to challenge that in Illinois courts, where they are batting 1.000 on pensions. It will be in court for years. And nobody has ever backed up savings claims on the consideration model with credible analysis or numbers, so you shouldn’t believe one dollar of savings will actually result from it if it’s upheld. Rauner absurdly called it “comprehensive” pension reform. It’s not.

• It would cut $228 million in pension help that CPS got in last year’s budget that bailed out Chicago, over Rauner’s veto. If he couldn’t get the votes last year how will he this year?

• It assumes savings of $470 million in employee healthcare cost by removing that from collective bargaining. Good idea, but those saving seem speculative, and Democrats and unions probably will be resolute in their opposition.

• It relies on $600 million in inter-fund borrowing and transfers — basically, raids on the piggy bank. It also counts money from sale of the Thompson Center in Chicago that they think will fetch $240 million.

• It would cut the income tax rate by .25%, which would be $917 million. However, that cut is apparently dependent on passage of the pension reform proposal.

In all, the proposed budget supposedly would produce a surplus of $334 million

Democrats, predictably, attacked the budget, with their most hypocritical criticism being that it’s not really balanced. They assume, probably correctly, that Illinois voters don’t know that the current budget they passed over Rauner’s veto, which they said “saved the state,” isn’t balanced, either.

It’s hard to see how we can avoid another protracted budget fight unless one side or the other caves mightily.

Most importantly, keep in mind that all these budget numbers have little to do with whether the state will really balance its books. Budget accounting is phony, as we’ve explained repeatedly. Just in the last then years the state’s net loss, as shown in actual, audited financial statements, totaled over a mind-boggling $120 billion, even though the budgets for each of those years were “balanced.” 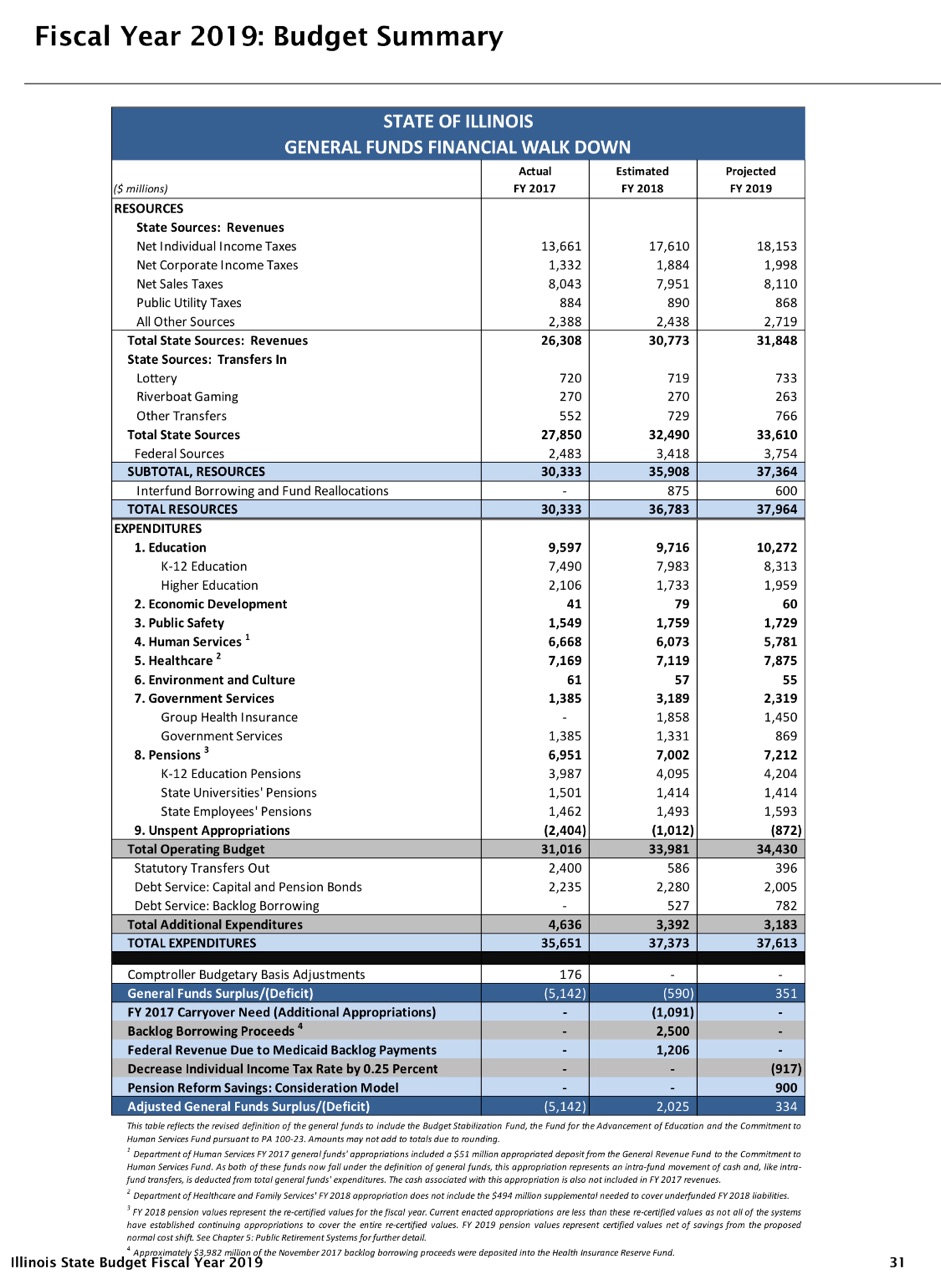 Franklin Towne, which currently runs a national blue-ribbon charter high school, is proposing to open its own middle school at 5301 Tacony St. in Frankford — in the same building as its high school.

May 25, 2020
The Illinois General Assembly has finally passed an emergency budget for 2021  Tax revenues have taken a severe hit due to the impact of the shutdown in response to COVID-19, yet that hasn’t stopped lawmakers’ spending priorities. The state will spend a record $42.9 billion while bringing in just $36.8 billion.
View Comments (90) | Add Comment