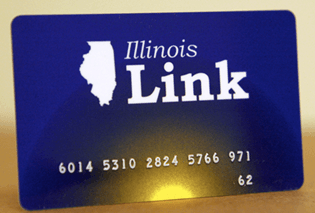 Apologists for Illinois’ fiscal and economic dysfunction – using “the sky is not falling” theme – have yet another bad statistic to defend: Illinoisans continued high dependence on food stamps.

According to the U.S. Department of Agriculture, food stamp enrollment nationally in March dropped to just over 40 million. The last time food stamp participation was this low was in February 2010.

In other words, food stamp enrollment nationally has finally returned to 2010 levels. 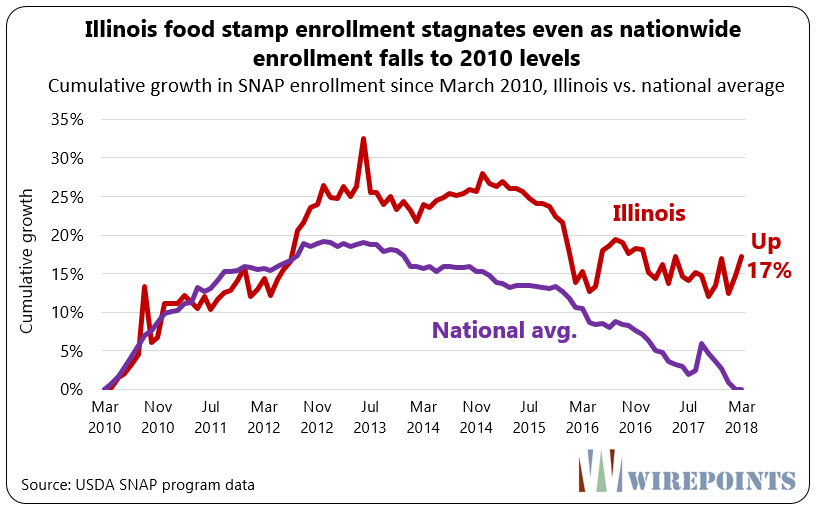 In contrast, Illinois’ failed economy continues to keep many of its residents trapped on food stamps. Compared to 2010, food stamp enrollment in Illinois is still up 17 percent.

If Illinois had followed the national trend, 280,000 fewer Illinoisans would be dependent on food stamps today.

While enrollment has fallen from the state’s peak, it has remained stuck at about 1.9 million residents for the past 2 years. A full 15 percent of all Illinoisans remain enrolled on food stamps. 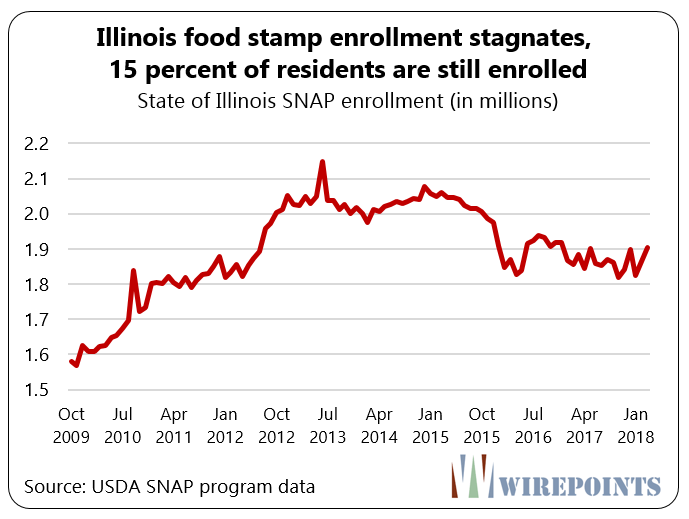 Illinois’ failure is even more stark when compared to its neighbors. Missouri, Kentucky and Indiana have all cut their enrollment by about 20 percent since March 2010. Illinois enrollment is 17 percent higher. 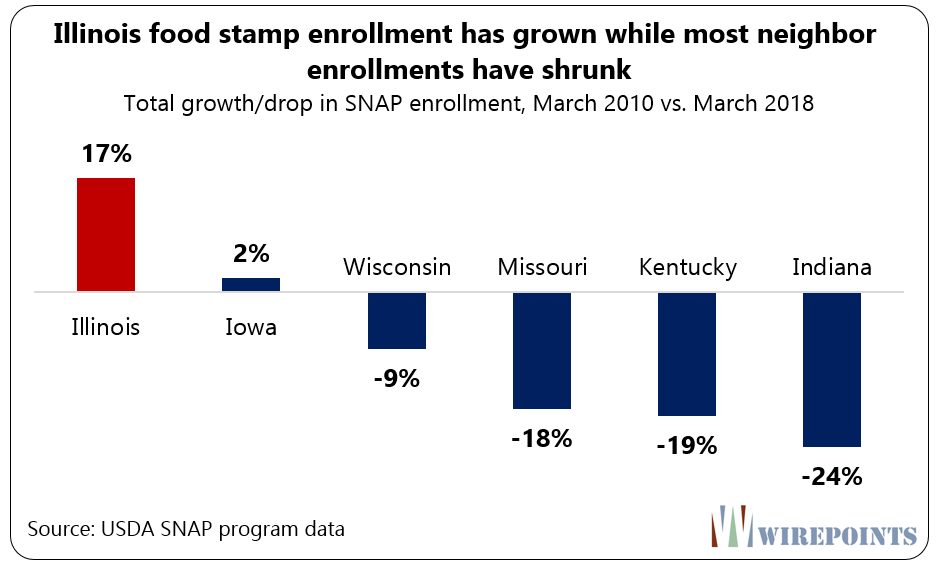 Not just the economy

Among Illinois’ neighbors, only Illinois and Kentucky have partial waivers from food-stamp federal work requirements. In contrast, Indiana, Iowa, Missouri and Wisconsin all require able-bodied beneficiaries to meet the federal government’s work requirements.

The number of states that don’t comply with the federal government’s work requirements has dropped significantly from just three years ago. As the economy nationally continues to recover, more and more states have required abled-bodied adults without dependents to seek work or training in order to receive food stamps. 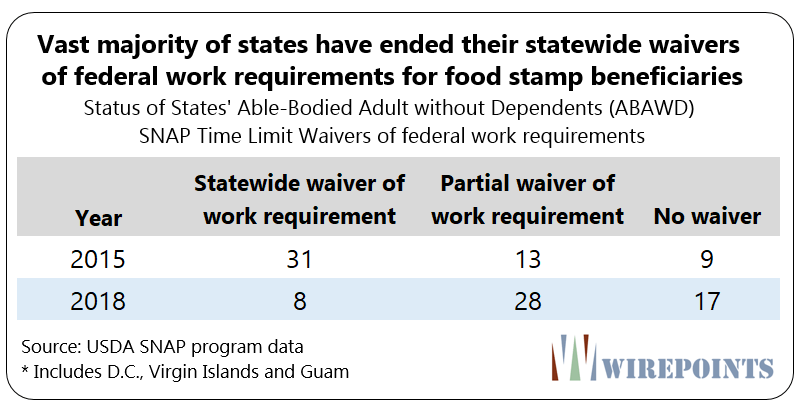 A thriving economy and good-paying jobs are the solution to getting Illinoisans off food stamps. But overspending, dysfunction, corruption and a lack of reforms – for pensions and labor laws – have led to a collapsing manufacturing base, one of the nation’s worst economic recoveries and the highest black unemployment rate in the nation.

Unfortunately, the political class is too busy convincing Illinoisans that all is well. The Better Government Association Government Association says that high taxes and out migration aren’t a concern. Virtually every politician in Springfield is calling the 2019 budget “balanced.” Senate John President John Cullerton says there is no pension crisis. And House Speaker Mike Mike Madigan says we can solve our problems with a progressive income tax.

Apologists for Illinois status quo need to stop defending the dire mess that is Illinois. If they really want to champion the vulnerable that rely on food stamps, they’d pass the reforms that would improve Illinois’ job climate.

Have you considered that perhaps we have a fraud problem? I have seen fraudulent activity at local warehouse stores with gentlemen that appear to be buying cartloads of flaming hots and soda presumably for inner city convenience stores using a large stack of TANF cards.