Why does Illinois continue to refuse to collect and publish antibody testing data?

A new state-funded study in North Carolina probably tells us why: The virus is far more prevalent and more harmless than commonly reported.

That’s huge. It means that vastly more people got infected but never got sick than are reported as “cases” in the way Illinois reports on the infection. It also means the true risk of dying is way lower than commonly reported — an infection death rate in the 0.1-0.15% range — according to Alex Berenson, a former New York Times reporter now focused on coronavirus. One-tenth of one-percent or less. 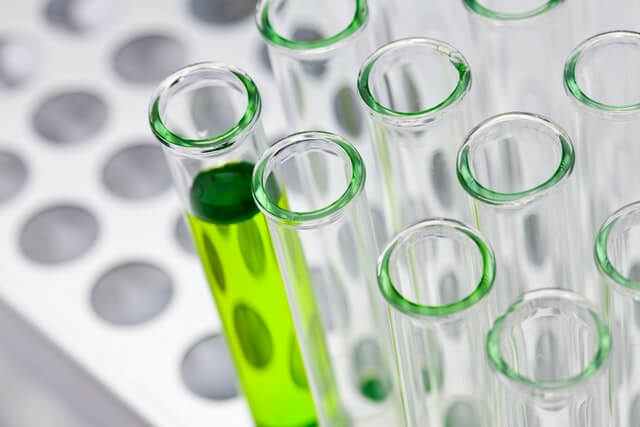 Aside from indicating that the fatality rate is lower than reported, antibody tests show how much of the population probably has immunity for at least for several months. The testing would also give us more precise information about what demographic groups are truly most at risk and where we should concentrate containment efforts, as opposed to the one-size-fits-all emergency order we have in Illinois.

It’s inexcusable for Illinois to be ignoring antibody testing. Some tests on the market are known to have high error rates so there is legitimate concern about individuals using those tests to conclude they are immune. However, the FDA has confirmed that at least two tests on the market are 99% accurate and, in any event, researchers can adjust for error rates and the value of the research is an entirely different matter than personal use.

Illinois is not alone in this failure. The federal government has also been slow to support antibody research. A number of other states have done some research on their own, also finding high prevalence of antibodies, but funding has been in short supply, as reported by Reuters this week.

I feel like I did years ago, when I got scammed by a used car salesman…

Hey, do you only write opinion pieces and delete comments that are critical to your cause?
Stop playing the poor pathetic downstate card.

Important not to lose sight of the limitations of the tests. Every diagnostic test has a certain percentage of false positive results (e.g positive pregnancy test in a man) and false negative results (negative pregnancy test in an obviously pregnant woman). When you do a test with a 95% specificity, it means the 5% of the positives are false positives. If the prevalence of disease among the tested population is low, e.g 2%, then most of the positive tests among the population will be false positives even if the test is 100% sensitive, i.e all people who have the disease… Read more »

Non-political class citizens seeking equitable treatment from the Illinois political industry are employing losing tactics: source-cited data, references to known corruption, appeals to logic based upon the inevitable outcome should regime continue strip-mining the State’s scant remaining taxable resources.
What might be more effective: agree with the regime’s conclusions and demand that every business be closed. No exceptions. Marijuana, construction, liquor stores: shut em down. To not do so is murder.

Insane to do that.

Insane to shuffle along in the abbatoir chutes.

Wow! So the experts who were talked down to and then censored were actually on to the truth!!! Pritzkers companies make $50 per Covid19 test – do the math!

Masks never worked. Just keep your hands washed and the vectors for transmission will be greatly reduced of an already mild virus.
https://www.market-ticker.org/akcs-www?post=239530

Masks work. The problem is that it if someone else isn’t wearing a mask, the virus enters the body through the eye/tear duct, as it floats through the air, hence, the conjunctivitis that seems present in many, many cases. Washing hands, per studies on the flu, is marginally effective at best.

Goggles and respirators at P100, with a face shield, otherwise you are cosplaying. The CDC might as well ask for my gun as my ask me to give my PPE to virtue signalling wage slave nurses who loot Walgreens as a past-time.

Do you even boot wash, bro? Ask a livestock farmer what porcine delta corona virus is and how to protect a herd. Then do your house like a fishbowl and wait this one out.

HA I don’t trust anything out of the Federal Death Activators when it comes to food, drugs, antibody tests or anything else. Pretty easy to find info on why the antibody tests are as useless as the virus test. It’s all part of the same CON. The ONLY thing that proves a pandemic in the first and last place is significant overall excess death. Ask the FDA about that. Do not submit to any test or you are fast-tracked to various categories of later punitive action. Let’s hope employers trying to control employees with this are sued right up the… Read more »

It’s inexcusable for Illinois to be ignoring antibody testing

Its a feature not a bug. No testing for you… Fear factor will remain in effect through November 4th

Nah, Public Health is about not spreading panic, they depend on spreading disease as job security. Hey everyone, take a night class at U of I this semester with all the “free tuitiion” kids from Chicago and enjoy -15 years on your lifespan.

July 12, 2020
The sanctity of contracts shoe apparently fits depending on who is wearing it. It fits public workers but not those randomly forced to provide free housing.
View Comments (15) | Add Comment

July 11, 2020
Let’s hope that, when this is over, a quality review is undertaken that produces a useful assessment akin to the 911 Commission’s report. Hopefully, it will be free of self-aggrandizing politicians who have plagued the debate so far.
View Comments (39) | Add Comment