As reported by Crain’s on Friday, Governor JB Pritker put a hold on appearances by state officials at the City Club of Chicago, directing subordinates and agencies that report to him not to participate in panels sponsored by the prominent public affairs group 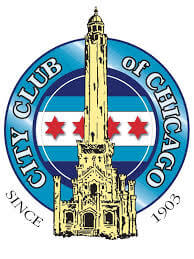 The City Club is a nonpartisan outfit that has been around Chicago for over a hundred years. It’s best known for regular luncheons, open to the public, featuring major Illinois officeholders and news-makers. We’ve often linked to its program videos here.

Why Pritzker’s boycott? Hard to say, but it sure doesn’t have anything to do with fairness. It’s shameful. The City Club has been convicted of nothing and charged with nothing. Nor is there any investigation or even an allegation pending against it that has been reported.

Instead, federal agents have reportedly been looking at a role possibly played by Jay Doherty, a longtime lobbyist for ComEd who also serves as City Club’s president, according to WBEZ and other media, in connection with an investigation that relates to ComEd. “A source involved in the investigation said authorities believe many of the clout hires at the state’s largest electric utility got paid but did little or no work…,” says WBEZ. Doherty has an office at club offices and the feds seized Doherty’s computer and paper records there.

But the club is not under investigation, according to its chairman, and Pritzker’s communications director confirmed that, reports Crain’s.

This isn’t about innocence until proven guilty. It’s about state punishment imposed without so much as an allegation. You have to wonder about even the legality of a state boycott under these circumstances.

So c’mon, Governor. Should everybody remotely connected to an investigation get blacklisted? Should we boycott ComEd by changing our electricity provider because of the feds’ investigation?

And, Governor, this is a good time to remember that you, your wife and brother-in-law are still under federal criminal investigation for that residential property tax appeal based on toilets removed so the property would be deemed uninhabitable. Should the state boycott all the companies you’re invested in?

The City Club has never shown any political or other bias in selecting its speakers that I have seen. Their board includes Democrats and Republicans. The only gripe I might have is that they took so long to invite somebody from Wirepoints to speak. My colleague, Ted Dabrowski, however, will be on their luncheon panel on Tuesday.

The whole thing is just strange. At Wirepoints we’ve had two reporters contact us to ask if we would be cancelling Ted’s appearance at the club. No. Why would we? Seems like an odd question to us.

Treasurer Michael Frerichs is scheduled to speak at club next month. His spokesperson told Capitol Fax that he plans to keep the engagement. Hat tip to him. As a separate constitutional officer, he doesn’t have to obey Pritzker on this. The only cancellation, to my knowledge, is Illinois Tollway Executive Director Jose Alvarez, who had been scheduled to appear.

Doherty, too, should be treated fairly. You’d hope that anybody with a conscience learns by the time they are ten not to make a judgement until hearing both sides. But Doherty, for now, is caught in a common no-win fix while his name gets tossed around. His lawyers undoubtedly gave him the standard, wise advice: Say nothing. I know nothing about Doherty. Maybe he’s a saint or maybe he’s a rat. It doesn’t matter. What’s certain is that even many of those convicted after a trial are later vindicated, and so far Doherty hasn’t even been charged with anything.

*Mark Glennon is founder of Wirepoints

I pray that he gets federal conviction and while I’m a libertarian against capital punishment, I believe the electric chair should be on the table for government officials convicted of crimes. There seriously needs to be an independent federal agency headed by elected officials whose soul job is just to investigate local, state and federal government corruption. NOT under Congress and NOT under the president–directly elected by the people.

Methinks Jabba might be getting a little worried about all the feds in Chicago lately.

Shouldn’t J.B. boycott all the legislation coming out of Madigan’s House and Sandoval’s Seedy Senate?

You’ve gone to the full, logical conclusion! Evidence about Madigan has been expressly covered by the raids. Martin Sandoval, at the center of the probe, was also central to the new capital bill. Shouldn’t we quarantine everything they have touched? Yes, by Pritzker’s standard. Keep going with more of the politicians on the feds’ list and that will pretty much shut down government across Illinois.

Everything Sandoval touched should now be quarantined and investigated but in this state no one seems to mind getting fleeced by crooked politicians.