Illinois Governor JB Pritzker on Tuesday abruptly changed his view on when the coronavirus will peak in Illinois from April to mid-May. That’s despite earlier statements that the curve seemed to be bending.

Why? When asked for numbers or projections he declined to provide anything, as he always has. Nor did he offer any explanation of why his previous science, which he repeatedly says he relies on, turned out wrong. His projected needs for hospital beds, ICU units and ventilators also proved vastly beyond anything needed so far, the cost of which is yet to be known.

Pritzker did say he is likely to modify the stay-at-home rules, and the scope of those changes may turn out to be important. Still, by moving the goal post out, he is setting the stage to extend his emergency powers beyond April 30 when they are due to expire.

So far, I have seen only one reporter challenging Pritzker to put up his basis for the change — Mark Maxwell at WCIA. Today he tweeted, “if you suddenly pivot and move your peak date back by a month, you owe the public a thorough explanation.”

That’s exactly right. I can’t say when I expect the peak will come and that’s because we are not getting the facts, models and projections released for review. Pritzker is again asking us to just trust him. Sorry, nobody should just trust any politician on this.

I can speculate, however, about Pritzker’s true reasoning behind his decision: polls.

Only 27% of Democrats and 32% of unaffiliated voters think it is time for America to get back to work. That’s according to a Rasumussen poll but many others report similar conclusions. 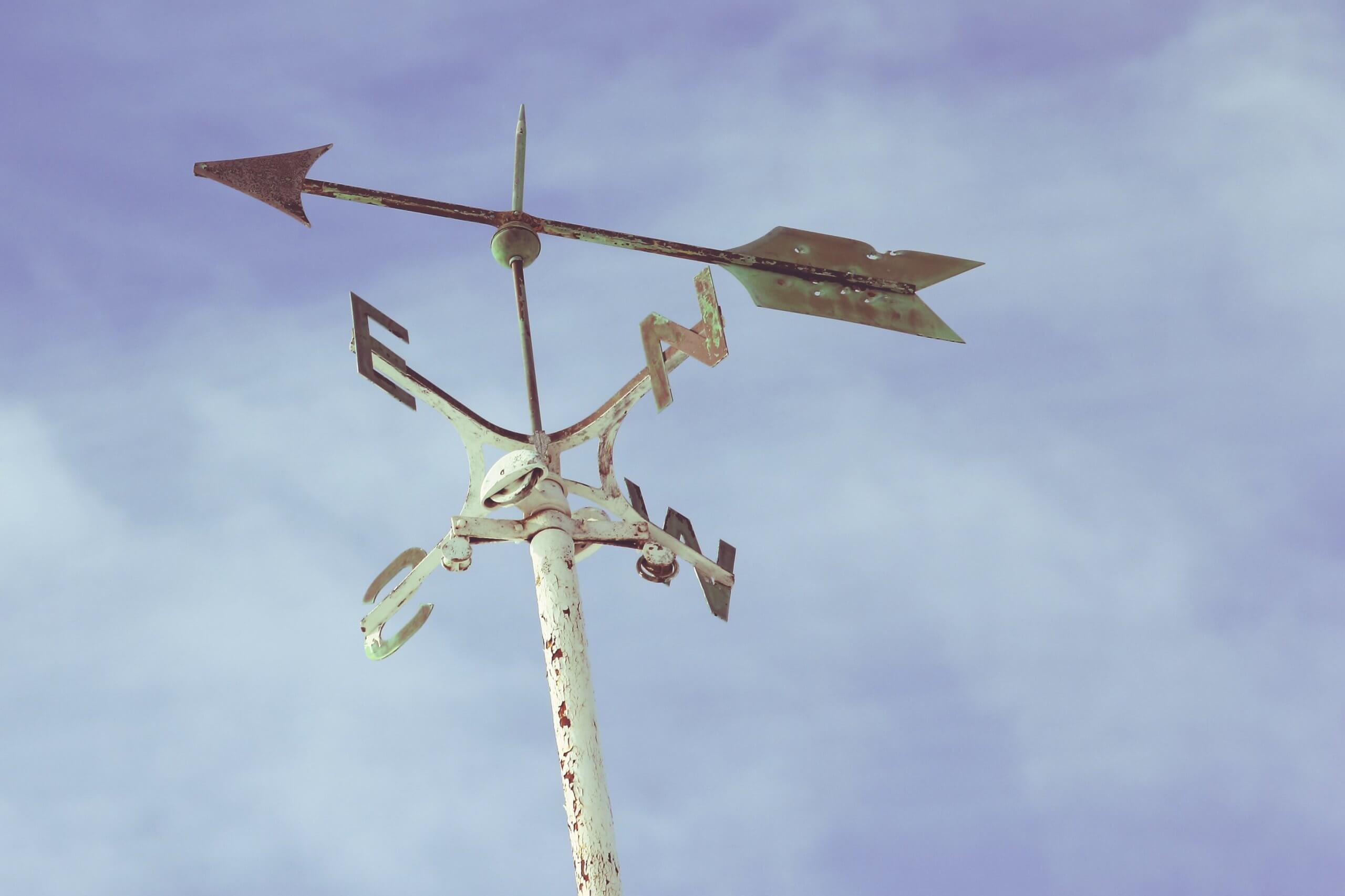 The science I suspect he is using, in other words, is checking which way the wind is blowing.

For details on other wrongheaded thinking about how we are addressing this issue and the frightening results that might ensue, see my recent article linked here.

2
The Truth Hurts
Reply to  UnclePugsly

They should prepare for that outcome. It would be wise. However, YOU should also prepare for the outcome where they receive their contractually negotiated pay raise. That’s the most likely outcome.

2
Deep in the Heart
Reply to  The Truth Hurts

I predict a compromise will occur. It would be bad form for the employees to make an issue (i.e. march) if they don’t get their previously negotiated raise. Instead, the union bosses will agree to a retroactive postponement to be implemented after all of this settles down. A promise is a promise.

He is trying to buy time for Democrats in congress to put together a bill to bail out Illinois with taxpayers money.

3
A person
Reply to  Mark Felt

Any thoughts on government layoffs, furloughs, pay cuts? Any concessions of any kind whatsoever by public sector toward supporting their assertion that ‘we are all in it together’?
People endorsing lockdown of everyone else are Illinois government workers like teachers and bureaucrats . These individuals are receiving uninterrupted paychecks, insurance premiums paid on their behalf by taxpayers, and still enjoy taxpayer -guaranteed lifelong pensions rising 3% annually and free healthcare insurance beginning as early as 12 years sooner than private sector social security recipients.

Zero and it shows the irresponsbility of these leaders. Mike DeWine was recently quoted in Time Magazine with below: _____________________________________ Time: You’re the Governor of a state that has to pass a balanced budget and you’re seeing public health costs go up as tax revenue goes down. How are you handling this? DeWine: Well, we are on two-year budget cycle, so we’ve got 15 months left. But we have to balance the budget. We’re going to announce cuts next week, which I was working on today. And there’s no choice but to make significant cuts. As everyone knows, when you… Read more »

Maybe Pritzker is as stupid as the average Trib reader. Newswriters deliberately confuse their readers by defining predictive models as “science” when they are no more than hypotheses of the ,”if…then… variety. Because a scientist makes a prediction, it does not become therefore a “scientific prediction.” If the rest of the US is hit as hard as NYC by the Coronavirus, then there will be 2-5million deaths is the assumption that underlies the model. However it is reported as, “Scientists predict 2-5million deaths” without drawing attention to the assumptions that underlie the prediction from the model. Because examining the sketchy,… Read more »

This pandemic has finally outed the entire epidemiology industry for the quacks they are.

Speaking of quacks, you’re the biggest one. PAY ME!

He is a buffoon. Unfit to govern anything but a dessert table. No worries, the lapdogs like Ahern and Marin haven’t had a divergent thought not fed to them their leaders in years… And, no worries, the low info voters who populate our state bleet from one silly pasture to the next. Can’t wait to leave this abyss.

The only public model I know:
https://covid19.healthdata.org/united-states-of-america/illinois

has it peaking around about now. Not mid-May.

JB is typically a half-step behind what the Democratic Party is doing and saying. He has always been this way. I can’t think of one thing he has done or said during this pandemic that could be considered innovative or thought-leading.

JB uses “data and science” not as an empirical method, but as a means to discredit critics. Much like his comms team and others in the local media hide behind misogyny any time their methods are questioned.

11
Governor of Alderaan
Reply to  nixit

He half a goose-step behind the Democrat Party

Bubblehead waits to find out what Cuomo in NY is going to do then copies the idea and proclaims he is a genius. Unfit to run the desert table now that’s a line to remember.

The only way it makes sense to continue living in Chicago (or Illinois) is if you expect the city/state to soon reverse the current trends. That basically means you believe Lightfoot and Pritzker are up to the challenge. Ha ha ha ha ha. Sorry, I couldn’t help myself. You Chicagoans make me and the rest of the country laugh. Thanks for that. Please continue to live there, complain often, and keep voting for the people/policies that make you miserable. Laughing at you never gets old.

… and when they ask the Federal government (basically the other 49 states) to bail them out, that cracks me up. What a bunch of jokers.

That was a literal bomb. Even the tribune says “Even by this state’s low standards, asking federal taxpayers from California to North Carolina, from North Dakota to Texas—farmers, small business owners, teachers, nurses, bus drivers, bartenders—to help dig Illinois out of its pre-coronavirus, self-inflicted, financial hellhole is astonishingly brazen.”

Brutal. This was a national embarrassment. I can’t believe that guy actually wrote that letter. Talk about tone deaf. Maybe he and Let Them Eat Ice Cream can go have a chat about arrogance.

8
Deep in the Heart
Reply to  debtsor

Good luck on selling a teacher in middle America that he/she has to tighten their belt a little because there are $90,000 teacher pensions in Illinois that need to be paid for about 30 years per teacher.

3
debtsor
Reply to  Deep in the Heart

Good luck getting the IL teacher earning a $90,000 a year pension to tighten his or her belt! They spend like no other group!

Yes, retirees deserve more, take everything out your pocket and give it to me.

No one cares about your scorn.

November 23, 2020
The strategy of shutting much of the state down – from lockdowns to school closings – has done far more harm than good, in part because it’s taken health officials’ eyes off of the elderly and the infirm.
View Comments (5) | Add Comment