It started Monday with a Politico article.

Governor Rauner, says the article, is cashing in on those ICE detention centers for immigrant kids and their families. “The multi-millionaire Republican governor disclosed earnings from a private equity fund that owns Correct Care Solutions, a for-profit health care provider that has millions of dollars in government contracts with jails and prisons across the country, including immigrant detention centers,” it says.

•  GTCR still owns the investment so there are no profits or losses yet. If and when there are profits, the Governor will abide by his standing agreement and donate any profits to charity, according to Rauner’s spokesperson.

•  While the story is obviously intended to elicit emotions over detention policies of President Trump, the investment was made during the Obama Administration. 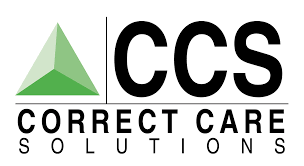 •  The role of Correct Care Solutions hardly seems reprehensible, no matter who is in office. According to its site, the company provides “medical and behavioral health services for nearly 250,000 patients located in state hospitals, forensic treatment and civil commitment centers, as well as local, state and federal correctional facilities.”

•  There’s no indication Rauner’s interest in the company is material. The Politico article was based only on Rauner’s disclosure that it exceeded $5,000. (The article actually says he “earned” more than $5,000, which is wrong.) And it turns out that disclosure pertains to the entire fund in which CCS is among many investments, so we don’t really know whether it has produced any value. Politico issued a clarification to that effect, but its false headline remains “Illinois governor profits off ICE detention center contracts.”

•  GTCR has long been a favorite investment vehicle for pensions and other state government money around the country, especially in Illinois, through Democratic and Republican administrations alike. The Illinois teacher pension, for example, has invested in its funds multiple times. Any chance any of them will offer to disgorge their profits?

And now, J.B. Pritzker, Rauner’s opponent for governor, is set to pounce. According to Rich Miller at Capital Fax, Pritzker plans to run television ads saying, among other things, “Rauner has been profiting on Donald Trump’s policy. Rauner is the owner of this company which is paid millions to keep children from their parents. Bruce Rauner, that’s a disgrace.”

Miller isn’t exactly a Rauner fan, so props to him for calling out both Pritzker and Politico on the whole, slimy affair.

Natasha Korecki wrote the Politico article. She isn’t new to this kind of thing. Four years ago, while she was writing for the Chicago Sun-Times, we regularly identified her anti-Rauner bias and distortions. (Links are here, here, here.)

Recently, she was promoted by Politico to national correspondent. That seems appropriate in light of how openly partisan most of the national press has become — on both sides. The Illinois press, in my view, has actually improved somewhat since the last election cycle. But then, it’s not like they need to exaggerate to write a good story pounding on either Pritzker or Rauner.

UPDATE: Rauner has responded to Pritzker’s ad with the rebuttal linked here. This story has also been updated to reflect Politico’s “clarification” noted in the fifth bullet point.

I think this just illustrates how sad politics have become in Illinois for both sides of the aisle. Nobody cares about the truth or the failed policy ideas. If the Illinois GOP had gotten behind Jeanne Ives when Rauner abandoned the GOP platform she would have won the primary and this race for governor would look completely different. And Illinois would have some hope.

So are we all suppose to get misty eyed for the bottom of the deck dealing Bruce Rauner? Look at the ads he took out about Ives. Rauner is a noted liar and ad smear merchant himself. In the end, big deal who cares. This race is about two rich, in-over-their-heads, hacks with titanic egos who are for some odd reason vying to roll around in pile of sh** and spending a fortune to do so.

Just a reminder that we criticized Rauner over that very, very harshly: https://wirepoints.org/rauners-attack-ads-further-undermine-his-credibility-in-general-assembly-quicktake/

Simple. He should have dumped the investment when he ran. Also, the GTCR playbook is to load companies up with debt and pull out massive fees and dividends. Has this investment been treated this way? Dunno. Weak reporting all around.

May 25, 2020
The Illinois General Assembly has finally passed an emergency budget for 2021  Tax revenues have taken a severe hit due to the impact of the shutdown in response to COVID-19, yet that hasn’t stopped lawmakers’ spending priorities. The state will spend a record $42.9 billion while bringing in just $36.8 billion.
View Comments (41) | Add Comment

May 25, 2020
Pritzker is is now out of touch -- oblivious to the firestorm surrounding his order, disdainful of the rule of law and confident he can dismiss all critics as political grandstanders and much worse.
View Comments (29) | Add Comment