If you thought fiscal quackery in Illinois came only from Democrats, you haven’t read “How to solve the Illinois pension crisis and dramatically lower property taxes.” It’s by State Rep. Mark Batinick, a Republican from Plainfield. The article also appears under a different headline this week in the Herald-News.

What Batinick did is add distortions on top of an already phony pension plan offered by the Center for Tax and Budget Accountability. That’s right, a Republican is using the union-backed CTBA as his foundation.

Batnick’s plan: Just increase the current state pension contribution by 2.4 billion. Fix the contribution at that amount and, voila, the state’s pension crisis is solved. In fact, Batinick writes, the pensions soon won’t need that much, so the additional $2.4 billion gradually can be diverted to property tax relief.  By year nine, he writes, all of that additional money can be used to reduce property taxes.

That’s preposterous. It would take roughly $4.6 billion just to cover interest alone now accruing and going unpaid on the state’s unfunded pension liability.** In other words, we currently have a negative amortization loan with the pensions. Because we are not even covering interest, the unfunded pension liability grows and grows. Batinicks plan wouldn’t even fix that, much less address the massive unfunded liability on the horizon, which is where the real horror is.

So, follow Batinicks plan and our pension hole would grow indefinitely. In fact, the pace at which it grows would quicken once the money was diverted to property tax relief.

And suppose the entire $2.4 billion eventually were diverted to property tax relief. Would that “dramatically lower property taxes” as his Journal-Register headline says? Not really. Total property tax collections in Illinois are about $30 billion.

How could Batinick be so wrong about pensions? For starters, he either doesn’t know or misstates how much the state now contributes to pensions — almost $9 billion this year, he says. Wrong. It’s $7 billion.

In talking to Batinick, I also learned that his actual target total contribution is $12 billion per year, which would approach a third of the state’s budget and represent a $5 billion increase. 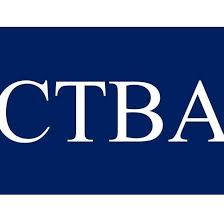 That’s where the CTBA proposal comes in. They call it “reamortization.” You’ve probably seen fawning reporters on television nod glassy-eyed when the CTBA’s Ralph Martire talks about reamortization, which he has done for years. The current version of reamortization is what Batinick wants — for taxpayers to make a fixed dollar contribution of about $12 billion per year, which is in fact $5 billion more than this year.

Would even that solve the pension crisis? Hardly. By the CTBA’s own admission, it would take the pension funding level to only 70% by 2045.

The CTBA’s reamortization plan, by the way, has morphed considerably since the last time we wrote about it. Five years ago, it was basically a can-kick, based mostly on reducing scheduled taxpayer contributions starting in 2022 and shoving the liability to future generations. Today, they justify it by increasing current contributions much more, resulting in more earnings sooner, but it’s still a can kick. See our article from two years ago linked here regarding CTBA’s earlier proposal and other distortions they have peddled.

How does the CTBA figure we could increase pension contributions now to $12 billion? By borrowing, naturally. One credit card to another. Pension obligation bonds, they’re called.

Batinick, however, says we can avoid the borrowing. Commendably, he rattled off to me a list of budget cuts he thinks Illinois should make that he says would cover his additional $2.4 billion. The problem, of course, is that those cuts are a nonstarter with our current General Assembly and, for the reasons stated, $2.4 billion isn’t nearly enough. Cuts should be a precondition, not an assumption. More importantly, reforms — cuts in the liabilities are essential. Nobody has ever offered a solution that doesn’t include cuts to liabilities.

Keep in mind that all of the numbers used by Batinick and the CTBA are the official ones, based on the usual phony assumptions. Those official numbers peg the state’s unfunded liabilitiy at $129 billion. More honest estimates are much higher. Moody’s, for example, says it’s more like $250 billion.

Does Batinick’s proposal reduce pension promises or truly reform the system? Not one bit. It’s just another version of “just pay up,” but it doesn’t so so honestly.

And Batinick’s proposal wouldn’t address overlapping local pensions, which are most severe in the Chicago area. They include four city pensions for Cook County, Chicago Schools, Metropolitan Water and Reclamation District and more.

If that’s not enough for you to dismiss the Batinick/CTBA proposal, read a separate critique linked here by my colleague, Ted Dabrowski.

Most depressing of all, the word is that the Republican establishment is moving towards embracing Batinick’s proposal as part of a strategy that says, “if you can’t beat them, join them.”

CTBA’s most recent progressive tax plan, which raises taxes only on those making over $300K, was projected to generate an additional $2B in revenue. Not only is that not enough to cover this additional pension contribution, it wasn’t enough to cover the 10 year ramp-up for the education funding reform enacted last year. JB and Crew keep proposing to spend the same dollar over and over, except that dollar doesn’t exist. Not surprised Martire suggested using POBs because he has zero interest in redirecting operational dollars – dollars that would otherwise fund union salary and benefit enhancements – towards paying… Read more »

This is another silly proposal that ignores the action needed: IL needs to lessen these pensions and health care benefits that are way too generous and out of line with non-state-worker retirees.

May 25, 2020
The Illinois General Assembly has finally passed an emergency budget for 2021  Tax revenues have taken a severe hit due to the impact of the shutdown in response to COVID-19, yet that hasn’t stopped lawmakers’ spending priorities. The state will spend a record $42.9 billion while bringing in just $36.8 billion.
View Comments (53) | Add Comment