Suppose Illinois eventually has the political will for real pension reform. We would amend the state constitution’s pension protection clause which our courts have ruled is a firm barrier to real reform. That’s long been our position here, which is also held by a number of editorial boards and some politicians. A broad, properly worded constitutional amendment would override not just the pension protection clause but all other state constitutional and legal matters.

But public unions have long said that would be a waste of time because they would still go to court and have any benefit reductions struck down under the Contract Clause of the United States Constitution, which prohibits impairment of contracts. Ralph Martire of the union-backed Center for Tax and Budget Accountability has been unequivocal and adamant, frequently saying it’s a sure thing that reform after a state amendment would fail for that reason. 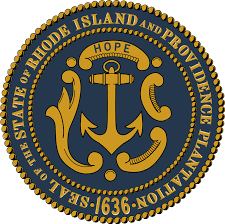 Well, the Rhode Island Supreme Court this month ruled directly on the issue and reformers won, confirming our viewpoint.

Cranston, Rhode Island enacted a 10-year freeze on COLA adjustments for police and fire retirees. A lawsuit challenging the freeze led to a settlement agreement freezing COLAs every other year. But that settlement was challenged by some retirees who opted out and sued. Their claims included violation of the Federal Contract Clauses. To decide that issue, the court applied Federal law — the same law that would apply if Illinois ever amended its constitution properly and faced the same question.

The Rhode Island court rejected those and other claims by the plaintiffs whose COLAs were cut. It applied the same traditional Contract Clause analysis Wirepoints has described earlier. Specifically, it said a court must first determine if there is a real contract and whether it was impaired. Yes, there was a contract and it was impaired, the court assumed, based on the lower court’s findings.

But the Contract Clause claim failed under the third requirement: “Finally, if it is determined that the impairment is substantial, the court then must inquire whether the impairment, nonetheless, is reasonable and necessary to fulfill an important public purpose.” The opinion discussed at length why the benefit reduction was reasonable and necessary, citing the financial condition of the city, the circumstances that brought on the pension crisis and the narrow tailoring of the reforms.

The court said it was dealing with an “extremely close case.”  The pension was in particularly bad shape. When the reforms were authorized in 2011, the city’s pension system, at its lowest point, was funded at only 16.9%, with $256 million of unfunded accrued liability. Whether pension benefit reductions are permissible under the Contract Clause depends on facts specific to the pension and its sponsoring unit of government.

The court also rejected the claim that the benefit reductions were an unconstitutional “taking.”

There is no indication yet whether the plaintiffs will appeal to the United States Supreme court, which they could do on their Federal claims. I wish they would because I think the Rhode Island decision would be upheld based on exactly the precedents and reasoning the Rhode Island opinion lays out.

What’s clear is that, contrary to persistent claims by public unions, the Contract Clause and the rest of the United States Constitution do not spell doom for addressing our pension crisis through a constitutional amendment. Rhode Island indicates it would work.

*Mark Glennon is Founder of Wirepoints. He formerly practiced law and taught as an Adjunct Professor at the University of Texas Law School.

Some of our earlier articles on this topic:

I told everyone at AFP there was a Supreme Court decision on these obscene pensions, that the decision was based on the common good and the pensions were reduced. And this decision is based upon the constitutionality of the General Welfare.

As a side note, if this comes down to a court battle, the machines inserted martwick on judicial slating board in place of burke for next years supreme court pick.

The R.I. court was apparently reviewing legislative action but the principles of the decision seem pertinent to a constitutional amendment approach. However, any actual steps are likely to be challenged in both state and federal courts — most likely as soon as such steps are undertaken. This leads to the question of whether eventual “success” in court would be moot as a result of intervening fiscal events. A further question is who has standing to commence litigation? Not sure it’s taxpayers or taxpayer advocacy groups. Governmental entities such as the State or Chicago are unlikely to take positions adverse to… Read more »

This may have some relevance to smaller entities in Illinois like, for example, Harvey, but I doubt that even the RI Supreme Court would have reached the same decision if the defendant had been the State of Illinois or the City of Chicago. Cranston is a city with a population of 81,000 that obviously has much more limited ability to raise taxes than does Chicago or Illinois. Clearly in Cranston there was no feasible alternative to breaking pension contracts, but in entities with much greater taxing power there is an alternative, even if that alternative is distasteful.

Taxes are about as high as they can go in Illinois Andrew, so your entire point is in fact wrong. Taxes can only go so high in reality, and Illinois is about maxed out on it. The flat tax cannot go much higher with how high all the other taxes already are, and if the prog tax passed, then they can only go so high for the same reason. If you think taxes can go higher and higher forever, then you are in fact delusional.

There is a limit to taxation. In fact, Illinois may now be at its limit given the outflow of people (the cumulative effect of lost GDP and productivity is likely worse than realize). What Illinois and Chicago can do better than Cranston is borrow money, albeit on ripoff terms where virtually everything of value is subject to liens and high interest rates are paid. This borrowing will only make the day of reckoning worse than it otherwise would be. The spigot will stop flowing with the next recession. Citizens in Illinois must really focus their efforts on leaving the state.… Read more »

There is no limit to taxation, until there is. Feudal France required the serf to pay two to three days labor a week to his lord’s land and pay tax to the lord for using his ovens, his mills, his tannery, and so on. Oppressive taxes, nearly always, after many many year, end after a war. It took upwards of 800 years in Europe to reach that point. Illinois is still early in its history. There’s still a lot more income left to tax.

Wha?? Cranston property taxes are nearly half of what we pay. They could’ve jacked up property tax. The state govt could’ve stepped in and permitted a local sales tax levy. There are a number of revenue streams towns in RI can tap into but didn’t.