The initially calm reaction to Governor Pritzker’s new budget proposal is giving way as the math sinks in. A new report reads pretty much like our Wirepoints’ reaction, just that the can-kick metaphor was replaced by punt.

S&P also criticized Pritzker’s idea of transferring public assets to pensions. Though not technically part of the coming budget, S&P doesn’t apparently has little regard for the concept as a longer term solution to the pension crisis. Our critique of the asset transfer idea is linked here.

One item unquantified by S&P is the long term cost to taxpayers of pushing out the pension contribution ramp by seven years. As we’ve been writing, that cost will be in the billions, but the Pritzker Administration hasn’t released enough information to tabulate how many billions. 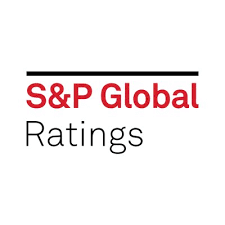 Key excerpts from S&P’s press release are below.

The governor called the fiscal 2020 budget a “bridge” and laid out the framework of a multiyear strategy whose success hinges largely on a tough campaign to pass a progressive income tax that requires a constitutional amendment. Its pension component also relies on unidentified asset transfers to the pension plans, but no savings from those asset transfers are built into the fiscal 2020 budget plan. Illinois has a track record of leaving difficult fiscal choices to future budgets, and to the extent that reforms do not materialize to offset weaker pension funding, the fiscal 2020 budget could weaken the state’s credit trajectory….

The new administration laid out a five-step plan that infuses assets into the pension systems, but undermines funding progress through extending the plans’ amortization period for budgetary relief….

We consider the fiscal 2020 budget’s balance dubious. First, it relies on legalization of sports betting and recreational marijuana, which could take the state longer than it estimates to implement. Second, revenue projections could prove optimistic given our expectation that U.S. economic growth will slow. The budget estimates 3.19% growth in base individual income taxes and 2.79% growth in base sales taxes, and if the state misses these projections, it would quickly exhaust its 0.4% budgeted surplus and has minimal cushion to weather additional fiscal pressures that would accompany an economic downturn. However, in our view, reliance on a degree of uncertain revenues and lingering structural imbalance is status quo for Illinois.

More consequential for credit quality, the proposed budget asks legislators to reduce pension contributions based on the faith that future years’ budgets will address fiscal sustainability. The governor has predicated his multiyear strategy on a progressive income tax that requires a constitutional amendment that will not appear on the ballot until November 2020. This revenue stream is far from certain, and there is no detail yet on rates, brackets, or the amount of revenue it is supposed to generate. Despite the potential for a more collaborative budget process with single-party control of state government, Illinois has yet to prove its ability to make politically difficult decisions in favor of structural balance and sustainability. If it adopts the budget in its current form, it remains at risk of repeating a pattern of putting off hard choices while eroding pension funding. Illinois cannot indefinitely push out pension payments given benefit payout requirements, and we saw in 2017 that it faces limits to its bill backlog. If the state fails to redeem its longer pension amortization schedule through a practical reduction in liabilities, its credit trajectory could slip.