Below are the key points from the governor’s combined Budget and State of the State address, which covered the new 2020 budget year starting July 1.

It’s almost entirely comprised of exactly the kinds of measures that broke the state. It’s only balanced under phony government budget accounting. Pritzker said it’s just a “bridge,” the ultimate solution to our fiscal crisis being a progressive income tax panacea.

Here’s a quick look at what’s in the budget:

In all, the 2020 budget will increase to $38.9 billion from this year’s estimated $38.7 billion. Complete budget documents are linked here.

Another year, another bad budget

Those are the major items readily apparent, but the budget is no doubt full of nasty, if smaller, surprises that will be discovered as it’s further examined. For example, the budget sends more state taxpayer money to Chicago pensions. Retailers will face a reduction in the amount they are refunded by the state as a cost of collecting sales taxes. And the budget proposes taking the $100 million cap on donations to the Invest in Kids private school scholarship program and cutting it down to $50 million. That’s tragic, because it was among the few bipartisan successes in the last few years.

Pritzker has also appointed a task force to look into gifting public assets to the pension funds. The particular assets and their value remain unidentified, but speculation has centered on the Illinois Tollway, the Illinois Lottery and government office buildings. That would just move public assets from one government entity to another, and like the bonds above, it will fix nothing. 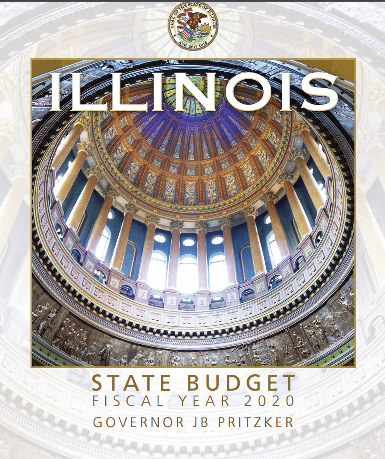 Maybe it’s a waste of time digging through it all, because the budget will probably go down as it always does. It will be revised and presented to the General Assembly hours before they vote on it, along with a thousand pages or so of budget implementation and other matters The contents will only be examined days, weeks or months afterward.

Budgets are nearly meaningless, as we often explain, because they ignore growing debt, especially pension debt that will now grow faster as a result of the can-kick. Measured in a way you would find sensible, this budget is probably around $6 billion short. Rest assured that financial statements completed after the year ends will show, once again, that the state sank billions of dollars further into the red.

Perhaps most importantly, Pritzker again asked Illinoisans to rely on the promise of a progressive income tax as the real solution to the state’s crises. “To get to fiscal stability and eliminate our structural deficit, there’s no quick fix,” he said. “A fair tax system will allow us to eliminate the structural deficit that has plagued our state for nearly two decades.”

But once again, he offered not even hint about how much revenue a progressive tax would raise, whom it would burden or by how much.

In other words, Illinoisans will just have to trust him.

We have to band together and take our state back. Draw the line seperate chicago

The good thing is that whatever taxes are implemented by the democrats (with their super majority) they will be blamed for the DEMISE of Illinois. If by a very very small chance some of these taxes will work democrats will get the credit. Regardless a no win scenario either way for taxpayers who will be paying all these taxes. Bottom line- Taxpayers are throwing money into a bottomless pit until we move!

Tollway board is gone, now the 2 Billion plus they have in the bank will go as wel..

Wonder how the $390 mill tax on insurance works? Is that a tax on health insurance to pay for medicare? Do any of the new taxes fot in w jbs progressive shtick?

Like I said in prior comments, most people in Illinois will remain blind to the crisis provided the state is still allowed to borrow. When nobody is willing to lend, the real crisis begins. In the meantime, switch from being a home owner to a renter and have a plan in place to relocate to another state. When you see headlines like ‘Banks refuse Illinois funds” it’s time to get out….. or get out now.

Great writing. Now that all the scapegoating of rauner(and us dullard voters that voted for him) and warning of depression era austerity is over. We can now watch jb bend over backwards for afsme and all the other first to the trough feeders.

Wait until the retirement tax and transaction tax kick in. Katy bar the door on the exit

excellent analysis..what is wrong with this state?