Susana Mendoza has no shame.

This election day morning she blasted out, by email and social media, information about her Comptroller’s office releasing funds for veterans’ homes in Chicago (where she is in the mayoral election) and elsewhere.

Here’s a snippet from her press release, which she is also has on Twitter. 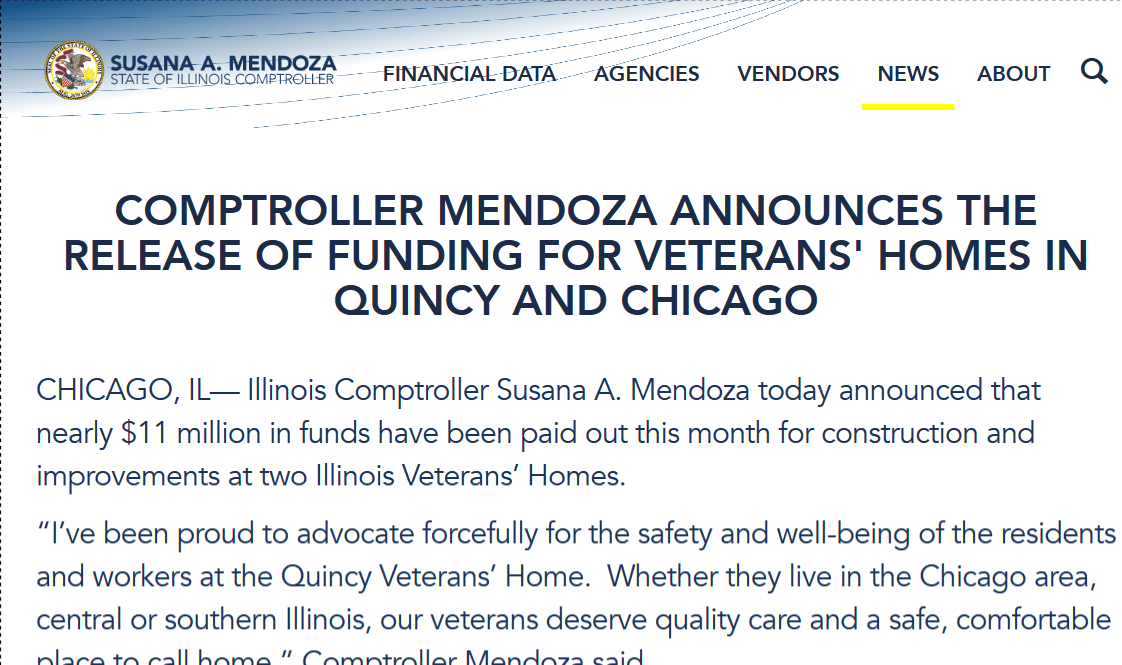 She has in fact done nothing beyond her routine clerical role as Comptroller, which is to write the checks.

As the Beachwood Reporter put it on Twitter this morning, it’s as if the Comptroller’s office is also announcing release of funds to buy you a free donut and cup of coffee on your way to the polls today.

Mendoza strikes me as a person who could not function outside machine politics. Could you see her performing actual Accounting functions like interpreting GASB? Does she know what an encumbrance is? Could see balance a single journal entry or read a trial balance? If it wasn’t for machine politics, Mendoza would be working as an office manager for some local union.

Every day of her adult life has been spent working for the machine.

I think we have another movie reference: Mendoza is Brooks Hatlen from Shawshank Redemption, the lifetime convict who couldn’t function outside the prison walls and, shortly after his release, hung himself. Although Brooks was infinitely more likable.

She can sign all Comptroller documents as “BROOKS WAS HERE”

September 18, 2020
“Other states were prepared for a rainy day and we weren’t. Pritzker has to look at payroll because that’s the biggest part of the expense. The bottom line is that with unemployment so high, with the economy struggling, he’s got to make government more efficient and less costly for the taxpayers.”
View Comments (8) | Add Comment

September 17, 2020
It’s not cases that matter, but hospitalizations and deaths. That’s important because there’s been no real increase in hospitalizations or deaths for three whole months. Cases have tripled since their lows on June 18, yet the average daily death rate has actually fallen from 50 then, to about 19 today.
View Comments (14) | Add Comment