Earlier this week, Wirepoints warned that the eerie silence in Springfield augured bad news for Illinoisans.

Sadly, we were right.

The House of Representatives has voted 97-18 to pass a FY 2019 budget. The same budget was approved in the Senate yesterday by a vote of 57-2. Given that most legislators were given only a few hours to review the details of the 1,245 page budget, you can bet none of them really knew what they actually voted for.

The bill is now in the hands of Gov Rauner, who has said he will sign it.

Expect a major celebration from both sides about the civility and the bipartisanship that came about this time around. Expect the media to commend all sides for reaching an agreement without the bitterness of the past three years. Expect to hear the word compromise over and over.

The answer is no, no and no.

What we had hoped to hear coming out of the statehouse was a raging debate about the reforms that were needed to reverse the downhill course this state is in.

No debate was ever heard.

Instead we can expect near record spending. We’ll have to see where the numbers truly come out, but spending will exceed $38.5 B. Ignore the headline numbers. What really matters are the expenses the state accrues during the year, and those are set by the laws currently in place. What the legislature appropriates – the $38.5 billion number – is always much less than what they actually spend. It always is. That’s how Illinois ends up with unpaid bills year after year. 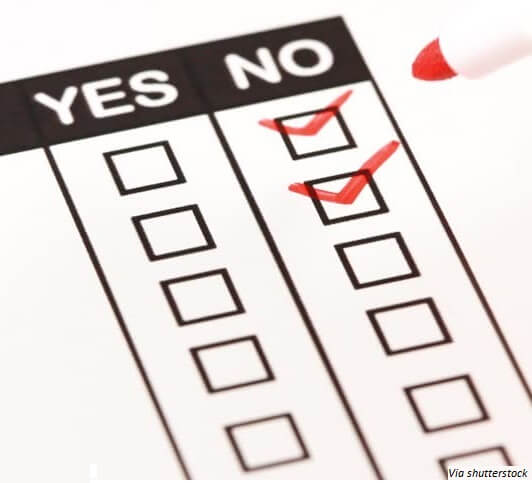 We also know the legislature will use $600 million in fund sweeps – a tricky way of taking money from accounts that aren’t part of the general budget – to make the budget numbers work. They’ll also count on approximately $400 million in pension savings that may never materialize, and book another $300 million in revenues from the sale of the Thompson center (for the third year in a row), to “balance” things out.

So they’re still playing games and using one-time fixes, even after using every bit of the $5 billion dollar tax hike.

So no, this budget isn’t balanced. But did anyone truly think it would be?

As it relates to Illinoisans, this budget won’t make things any better. It will just perpetuate everything that’s going wrong in Illinois. Just ask a few questions about this budget.

Was a major workers’ comp reform bill passed to bring life back to the state’s shrinking manufacturing base?

Did the legislature move all new workers into a 401(k)-style plan, ending the failed defined benefit system going forward?

Did lawmakers roll back some of the nation’s most stringent collective bargaining laws so that local governments can bring their costs in line with what their residents can afford?

Did Springfield authorize local bankruptcy plan for Illinois municipalities in anticipation of the worsening local pension crisis playing out across the state?

Did Gov. Bruce Rauner deliver on his promise to partially roll back some of the tax hike passed last year?

The answer to all of them is no.

And as for the rating agencies, there is nothing for them to find comfort in. Illinois’ political elite are naive if they think that just because “negotiations” were civil, Moody’s or S&P will relax their critique of Illinois.

Illinois’ finances have deteriorated in recent years despite the booming economy and record stock markets.  So imagine how worried the agencies must be about Illinois when the next inevitable recession hits. Without spending reforms, Illinois is totally unprepared. Any good news out of the rating agencies will be surprising.

This budget represents a return to the same politics that has driven Illinois into the ground over the past several decades.

It isn’t the budget Illinoisans want or need. If Illinois is going to keep its people here, grow its economy and bring back jobs, lawmakers have to pursue reforms that can restore confidence in this state.

Does this budget do that?

The answer is a resounding no.

LOL–elections take place in Calif. next week. The Dems can ignore the pension crisis but they can’t ignore the homeless crisis because it’s there in plain sight. Also the “single payer” SB 562 initiative looks like it’s dead, because even the Dems think we can’t afford it. Can you believe it? Something the Dems think is too expensive.

Ted and Mark, At this point it is safe to say that Illinois will not be ‘fixed’ until the pensions totally collapse and then things force change. The Dems are not going to do anything to hurt their union masters in any meaningful way until they have to, and both of you (Ted and Mark) should be well aware of that by now. Math and reality say pension collapse is not too far away, and to me that is a good thing. If you really think union controlled Dems are ever going to fix anything until they are forced to,… Read more »

What do you think would happen if Bill gates cut a check for 200 billion? Do you think Illinois would be fine in 15 years? No? Why not? Because the pensions could have been managed by cutting the fraud in the fraud tax and moving that to pensions. BILLIONS each year to Link Cards (50 cents on the dollar with PIN), Unemployment, Comp, you name it. These BILLIONS don’t seem to bother any of you one bit. Well, they are a very scary bunch. More so than the elderly retired. Safer to beat your chests and scare the retirees than… Read more »

Your comment looks like something written by a drunk five year old. You are not right, and you are not worth arguing with either. You are a greedy and I am sure equally lazy former public union stooge whose pension is doomed to collapse. Enjoy the rest of your day, and cut back on the booze please.

Very hostile!!! Have you ever detassled corn $12 for a 12 hour day? Mowed 25 yards in the summer? Broken down truck tires? That is what I thought.

Obvious you don’t have a knowledge base to debate, just a hate base to debase. The General Assembly loves people like you. They may get let off the hook yet.

PS I don’t drink
Then you’re mental. Or a moron. Or just a liar. Or maybe a combo of all three… Who knows. But your “Entitlement Mentality” is running full blast in over drive

No, you’re wrong, according to the Government Accounting Standards Board. In 2014 it passed GASB 68, which says unfunded pension liabilities are no different than any other type of debt. Illinois has $250 billion in unfunded pension debt and retirees should be scared because that’s money that has not been put aside for their pensions.

Accrued liability is in many ways the same as debt. However it is also different. You can’t say Illinois has an accrued liability of $250 billion – an exact figure is never known. The figure is based on estimations of life span, the age of who all is working, and benefit. Some of the accrued liability won’t be paid for decades. Some like my pension payment next month. That is why 70% to 80% funding levels are considered OK, If the General Assembly had, let’s say with TRS since 1939 made the required payment (they never have) the TRS part… Read more »

Bob – I think as you do the fraud tax exists, although it is difficult to quantify, especially since doing do would require collecting data behind the kleptocratic relationships with the Government and it beneficiaries in Illinois. And I am skeptical that even if magically enforcement mechanisms could work against some of the biggest rent seekers on the planet, the size of the pension debt is so large that merely ferreting out corruption will not be enough. A reliable way to reduce the fraud tax is make Government as small as possible. And that also means eliminating government employee unions,… Read more »

I think that you are correct in that the elimination of the at this point could not eliminate the pension problem. I do believe that had the fraud been addressed over the last 50 years it could have. What are we waiting for? i think a study would be possible and at least some numbers doable. One legislator once told me,, “You can never eliminate it all” – like that was some kind of answer. As far as government employee unions, the crunch is the right to strike. That is a right that already does not really exist, de facto,… Read more »

GASB did say that debt and unfunded pension liabilities are the same and they have to be reported that way. For example. look at the balance sheet of the Philly School District on p 20 of the CAFR. The liabilities include $3 billion in unfunded pensions. There is no asterisk that says it’s not real debt, because it is. The net position of the District is negative $4 billion, due largely to unfunded pensions. When does your fuzzy “accrued liability” become actual debt? When the pensions have to be cut, like they were in Detroit or Loyalton, CA? https://www.philasd.org/accounting/wp-content/uploads/sites/125/2018/02/CAFR_2016_ADA.pdf http://www.sacbee.com/news/politics-government/the-state-worker/article138684338.html

To say that debt (I owe $100 on my car) accrued liability (i can’t tell you exactly what I owe) are the same – not sure I am buying that, GASB or not. The $100 I could pay off, the other can’t be cleared for decades. Don’t think I have to be an accountant to see that. Now they may show on paper as the same – you can say on paper a VW & BMW are both cars. But—-.

It is not mandated by law but a GASB recommendation.

Mike, Not sure my answer on another discussion page ever showed? To answer your questions there I was association President one year. The school lost $300,000 over the summer so it was a tough negotiating year. I never attended any conferences and found the local office to be as good or bad as the person there.

Above looks interesting. Still hoping you will train some of that acumen on the “fraud tax” (you would be the first).

As for the fire towers go to tinyurl.com/mofiretowers for a Google map thing I have contributed to for decades.

PS Mike, what do you do for a living?

That is why 70% to 80% funding levels are considered OK,
LOL…Another brain dead public employee. NO, nothing under 100% is “OK”. Period. The unfunded liability is KNOWN down to the penny, using life spans and current funding. Go home Junior, this is way over your GED education….

Rex, finance (like law and medicine and other fields) uses its own jargon. One could posit the jargon creates barriers to entry to the professions, but a subject for another day. This is why your statement “No, nothing under 100 percent is “OK”’ is really helpful. At 70 percent, the entity is behind and it – meaning the taxpayers have some catching up to do and it will cost them a pretty penny to do so. I remember the Drexel Burnham/Michael Milken days when companies were chastised for having unused debt capacity, as being leveraged to the hilt was somehow… Read more »