The Illinois General Assembly held no hearings when it passed legislation this spring to vastly expand mail-in voting in the state. That’s right, no hearings were held on historic changes to the most important element of a democratic republic – the voting process. The legislation passed both houses on a nearly straight party line vote with Democrats supporting and Republicans opposing.

Troubles loom, though Illinois may be in better shape than many other states for the November 3 election. One thing certain is no final results in close races should be expected on election night, in Illinois or nationally.

The primary change Illinois made was vast expansion of vote by mail for this election. Anyone who cast a ballot in the past three years or who registered to vote or changed addresses after the March primary is being sent an application. Other eligible Illinoisans can request a mail ballot online.

That means mail-in votes will be far higher than ever before.

Illinoisans have already requested nearly1.5 million mail-in ballots. At that pace, over 25% of ballots cast  probably will be by mail. That’s far higher than in recent elections. According to data we got from the Illinois State Board of Elections, mail-in ballots comprised just 9.3% of the total vote in the 2018 general election and just 9.1% in this year’s primary. In 2016, mail votes represented 6.5% of total votes in the general election.

In Illinois, mail in votes will be processed as they are received by county clerks, who are assigned that task. That’s why election officials prefer you send ballots in early. However, those will not be totaled until polls close at 7 P.M. on election night.

But that’s not the end. Illinoisans have until October 29 to request a mail-in ballot and have until November 3 to postmark their ballot, so election officials will be tabulating those until November 17, and final counts won’t come until after that date. How long that will take clerks is uncertain because the volume is uncertain.

That delay may be acceptable, but the bigger risk is litigation that could drag out close races. Suppose somebody finds a bag of ballots thrown in the garbage, or ballots are rejected because of a faulty postmark, or printed with an incorrect address, or bounced because the voter forgot to sign or signed too sloppily to match the signature on record, or any of many other potential problems. How hard will it be to find a political or activist judge in Illinois willing to intervene, especially when genuine voting rights are at issue?

The risk is there, but probably lower in Illinois than some other states. National stories abound about, as a Stanford election expert put it, Bush vs. Gore “on steroids,” a reference to the 2000 presidential race that ended up in the Supreme Court. Many other states have a worse deadline structure than Illinois. Voters in ten states don’t even have to request a mail-in ballot until November 2.

Litigation is already abundant. At least 300 lawsuits over voting and ballot procedures changed to address concerns about coronavirus have already been filed across 44 states, including seven in Illinois.

The Biden campaign alone has 600 lawyers geared up to litigate. Nationally, this may well be a fiasco unless the election is decided in a landslide.

Illinois law requires voters who submit an application for a mail-in ballot before Oct. 1 to get their ballot no later than Oct. 6. That means many will cast their votes even before two of the three the presidential debates, which are scheduled for October 15 and 22. Debates for many other offices will also come after many votes have been cast.

Then there’s the widely discussed issue of fraud and meddling. A common answer is that there’s “no evidence” of extensive fraud in voting by mail, but the problem is establishing the evidence either way. It’s just not easy to prove or disprove.

Unquestionably, the potential for fraud or meddling is there. The young person who checks granny’s mail once a week could easily fill out the ballot for her. The guy now residing in Indiana who had his application for an Illinois ballot sent to his residence might use it. A postal worker in an area that votes heavily in a way the worker doesn’t like could trash or delay a batch. Those would be felonies. Maybe they will be rare, and maybe both sides will do it, but who knows? 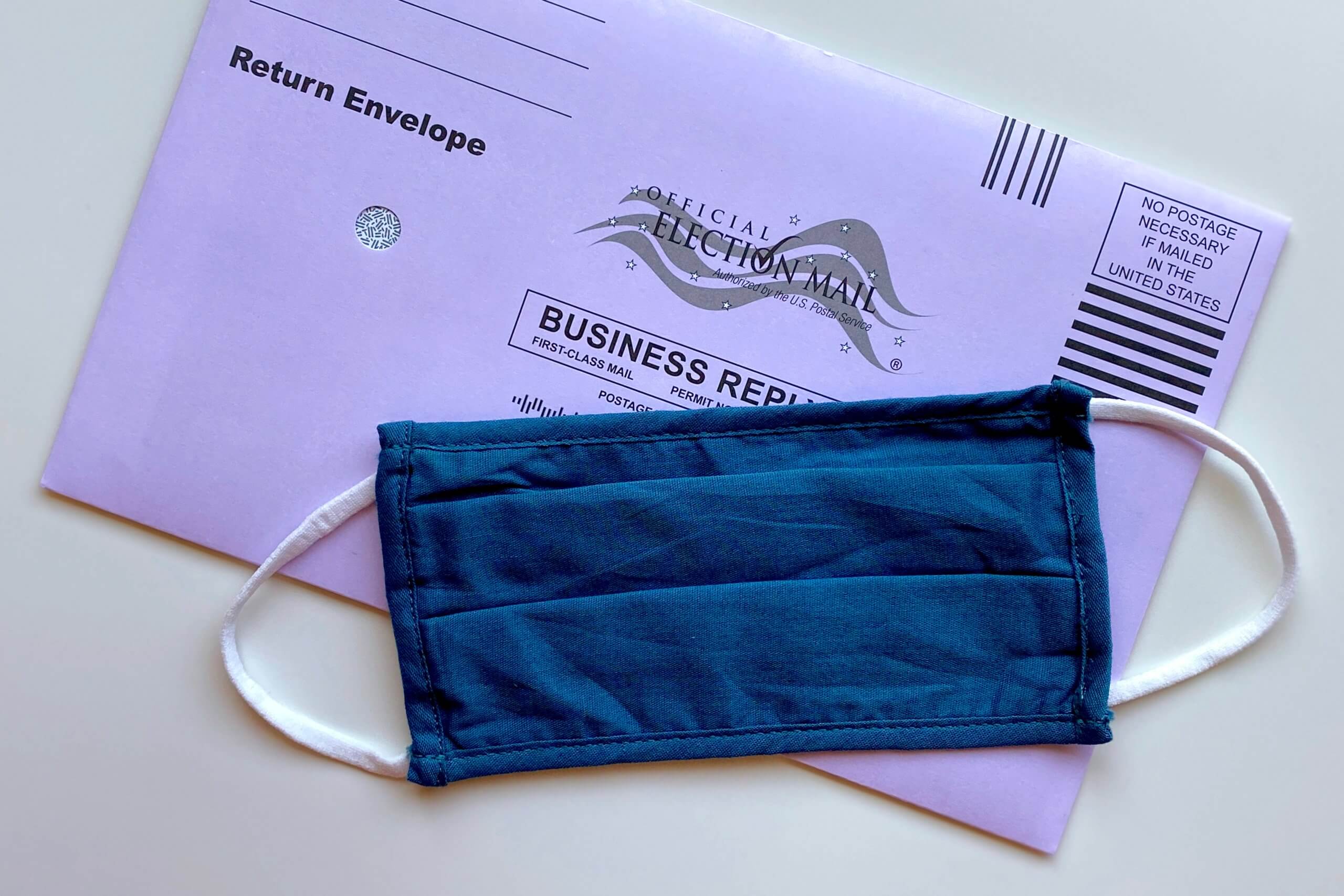 Illinois, believe it or not, is blessed with a good, nonpartisan oversight board – the Illinois Election Commission. It deserves credit for keeping the 2018 election mostly problem-free, despite extraordinary turnout. However, the General Assembly made the most important rules, not the Commission, and the Commission will have no control over litigation about those rules. And vote counting is for county clerks. Most are claiming they are prepared, but concerns linger.

And turmoil is definitely what the left is planning for, which you can see in the work of the Transition Integrity Project. It’s a large group that includes prominent Democrats and some Republicans opposed to Trump focused, purportedly, on assuring that Trump is prevented from trying to maintain power even after losing the election. They worked out, in detail, various scenarios based on different election outcomes.

But take a look at Game 3 that starts on page 17 of its report. It lays out the chaos they envision that might arise if Trump once again lost the popular vote but won the electoral college.

You’d think that would be the end of the game – Republicans would be happy and Democrats would accept the legal result, right? Somehow, however, they still envision lawsuits, riots and resistance, yet they say it’s Trump they fear. And there’s Hillary Clinton’s recent advice to Biden not to concede the election under any circumstances. Hmm.

Jesse White has nothing to do with elections. It’s a generic letter from him. 😮

National Voter ID with state input is critical for the Trump administration, 2020 and beyond.

Here’s my story. My daughter went off to college, graduated and found a job in another state. She has not lived at our home since 2003. Every couple of years she would get a new voters card. One day I was near the County bldg and stopped at the Election office. With ID in hand I told them that she no longer lived with us and to correct the record. We cant do that was the response, she will have to appear in person in order to remove her name. She lives in another state didnt matter, she must come… Read more »

Same here rick1099 problem is we sit on are as-es and do nothing, March, riot like BLM get are point across some how some way destroy priztker and his party at the polls

WOW. IT’S GOING TO BE AWFUL. WHICH IS EXACTLY WHAT THE LEFT WANTS CHAOS AND COURT BATTLES.
Get out there and vote people.

We did not request them…

What prevents me (or someone claiming to be me) from voting by mail, postmarked Nov. 3rd…

Then going in person to vote later that same day…?

Other than my sense of right & wrong…

I’m also guessing that you didn’t receive a ballot in the mail, you probably received the application to receive an absentee ballot. Those are very different things.

Growing up in a southwestern County I remember how one person would be winning but the next morning somehow a box of paper ballots were found overnight that shifted the victory to one of the old time machine politicians. Some great progress as we shift from placing the blame on election officials to the newest one on the block to blame…the Post Office.

1
Reply
Bob Out of Here
Reply to  Riverbender

I’m sure they are really going to hustle at the Post Office to get the ballots delivered.

0
Reply
Bob Out of Here

If masks work, and all Democrats including Jumbo Belly say they do, why do we need mail in voting?

8
Reply
Governor of Alderaan
Reply to  Bob Out of Here

If so, do you think that will Biden call for help from his friends in Red China?

All I know is that Transition Integrity Project report linked in the 2d to last paragraph above hasn’t gotten the attention it deserves. Specifically on the scenario where Biden wins popular vote but loses electoral college. It’s clearly not a about how Trump would react. Looks more like a game plan.

Does illinois have any laws on the books prohibiting “ballot harvesting”? Other states do. That’s the grey area where fraud will occur, especially as some articles suggest, with all the teacher, state & municipal workers heros supposedly working from home it would allow them ample opportunity to participate in ballot harvesting activities on behalf of there unions to land that gigantic HEROS ACT $payday$….thats what nov all about. https://www.illinoisreview.com/illinoisreview/2020/08/thorner-ballot-harvesting-as-a-source-of-voting-fraud-.html

I dont know if this is new or old articale from Court House News..but seems dem machine sneaked in changed laws back in may to allow unions free rein to ballot harvest as well as get election day off to work the poles (on taxpayers dime)—–”  The lawsuit also avows that the new Illinois law will lead to heightened voter fraud by allowing for a practice known as ballot harvesting, “in which a paid, partisan operative may collect Democratic mail-in applications and ballots to ensure that they are turned in and counted and may collect Republican mail-in ballot applications and ballots… Read more »

I think you pretty much covered it Mark; here’s my 2c Mail in voting is a blatant attack on true democracy. It should be wholly and completely illegal. If you are disabled and can’t make it to the voting booth, tough, you dont vote. The integrity of our elections takes priority over your feelings. The only exception I MIGHT consider is military serving overseas, but thats it. And while we are at it, true real-time voter verification needs to be mandatory to stop non-citizens, double-voters, and deceased-voters. Until these two policies are in place, we don’t have a real democracy.… Read more »

Please don’t discriminate against disabled. One day, it might happen to you. The USA is a republic, not a democracy.

Tell them to stop siphoning my dollars, tax and otherwise, then in order to be accomodated at all costs to the public at large. Discrimination is not a bad thing, proper judgment involves discrimination, in fact it’s the whole point of life and a rightly thinking citizenry. The leftist language/buzzword game got you again.

I must learn kindness and forgiveness. Please forgive me.

5
Reply
Jabba the Hutt
Reply to  someone

Hey, I needed some exercise. Too many coronas and burgers in the past and turned me into a pussy too, just like my brother … I mean sister… I mean, I don’t know anything anymore!

Are you surprised? Now get me a drink, threepio

September 27, 2020
Mark was on with Mike Flannery of Fox 32 Chicago last week discussing why reforms are needed in Illinois, not a progressive income tax.
View Comments (2) | Add Comment

ABOUT US
© Wirepoints Corp. 2012 - 2020. All rights reserved.
Contact us: admin@wirepoints.org
FOLLOW US
wpDiscuz
23
0
Would love your thoughts, please comment.x
()
x
| Reply