Illinois’ “historic” legislative session was enough to keep the state’s credit rating stable, but it did nothing to move Illinois away from the cliff of a first-ever junk rating for a state.

That should be the takeaway from Moody’s Investors Service’s latest comments on Illinois’ credit after the recent passage of budget and capital bills. Illinois’ legislature agreed to a $40 billion budget for 2020 as well as a $45 billion multi-year capital bill. Both sets of bills have gone to Gov. J.B. Pritzker for his signature. 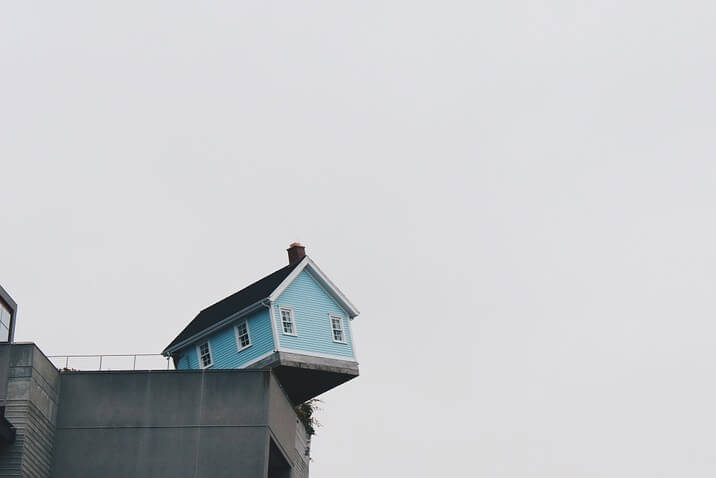 The rating agency kept Illinois at Baa3, just one notch from junk. It also kept its outlook for Illinois as stable, meaning there’s no expected change in the ratings in the near future.

Moody’s reacted positively to the recent “harmony” in Illinois, especially after four years of political conflict. And they drew attention to the states new revenues: “the legislature authorized some new revenue sources, as well as a referendum to potentially adopt progressive income taxes to further increase revenue-raising capacity.” Moody’s considers tax hikes to be a ratings-positive option for the state. That’s not surprising as tax hikes increase the likelihood that bondholders will get repaid.

The agency also said “the accomplishments of the 2019 legislative session indicate improvement in political willingness.”

But while that willingness has resulted in bipartisan agreement for more spending, more taxes and more debt, that same willingness has been used to block structural pension and spending reforms. Moody’s noted that “pension contribution requirements remain on track to outpace organic revenue growth, which will subject the state to persistent fiscal pressure, barring further politically difficult decisions on tax increases or essential service cuts.”

Those “politically difficult decisions” will only become harder when the next recession hits. As Moody’s noted previously, Illinois’ finances, along with New Jersey’s, are the nation’s least prepared for an economic slowdown.

It’s no wonder Moody’s rates Illinois the way it does.

“Aa1 is the median rating for all states” a Moody’s spokesman told us. “And there are only three states we rate below Aa3: Connecticut, New Jersey and Illinois.”

“Illinois is three notches below even New Jersey. Our records go back to the 1970’s, and we’ve never had a state rated this low.”

That’s not good news for a state that continues to shun reforms. 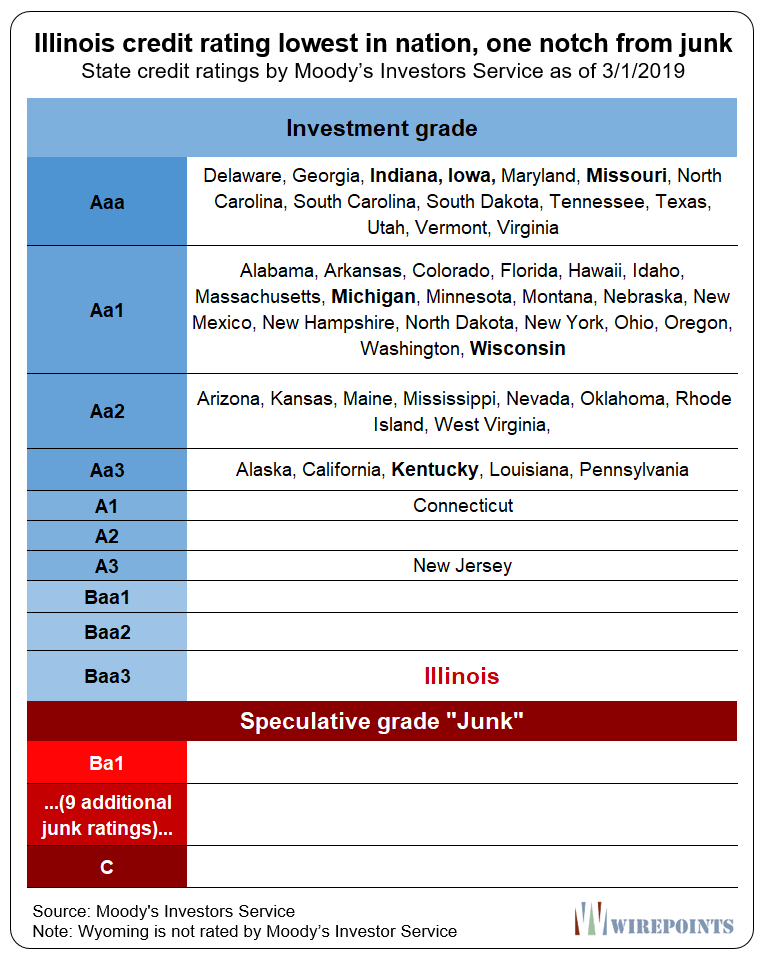 Ha ha! There it is again, that phrase “just above junk”! The raters have no credibility anymore, it will never get to junk simply because too many people make a lot of money off Illinois. and the madness will not end until somebody shuts off the valve, pulls the plug, yanks the fuse, whatever on the debt flow, the easy money that apparently now can be bought using borrowed collateral. These bond holders need to fall fast and hard with lots of pain and suffering. They need to be taught the hard way to not “invest” in Illinois because it’s… Read more »

4
Bob Out of here

Always one step above junk to allow institutional buyers to keep buying, and to demand the highest possible yields.

Only the bond market will bring discipline to the corrupt politicians that run the state. Bond markets are a very very tough master when they get angry.