Illinois’ townships are no longer in charge of deciding whether their elected officials are eligible for a pension. On May 17, the Illinois Municipal Retirement Fund (IMRF) Board voted to give itself the ability to override the decisions of local townships on pension eligibility for elected officials, stripping another element of local control from Illinois governments.

The issue of pension benefits for local elected officials has garnered a lot of attention over the years. In some cases, local politicians have been found to work part-time at their elected positions, but still earn credit for IMRF pension benefits. Until the recent ruling, local township boards could refuse to certify officials as pension eligible if the board deemed their duties didn’t need meet an annual 1,000 hour threshold.

The May 17 resolution coincided with the release of another IMRF ruling on an earlier Maine Township decision to not certify its assessor, Susan Moylan Krey, for an IMRF pension. Moylan Krey has served as assessor of Maine Township since 2014 and is the ex-wife of state Rep. Marty Moylan.

The new IMRF resolution could impact the bottom lines of township governments who end up disagreeing with the IMRF on the certification of their officials. Granting pension benefits to an elected township employee (usually a township supervisor, clerk, assessor or highway commissioner) requires a township to pay employer contributions to the fund, potentially adding thousands of dollars in additional costs to its budget. Now the ultimate decision to incur those costs is in the hands of the IMRF board, not locally elected township board members.

“Imagine if an insurance company – and not the employer – began deciding which employees warranted coverage, forcing the employer to pay the costs. That’s essentially what’s happening here,” said Maine Township Trustee Susan Sweeney in a recent interview with Wirepoints.

The IMRF board’s measure passed on the same day the pension fund also released its final review of a Maine Township pension certification case that began in August of 2017. 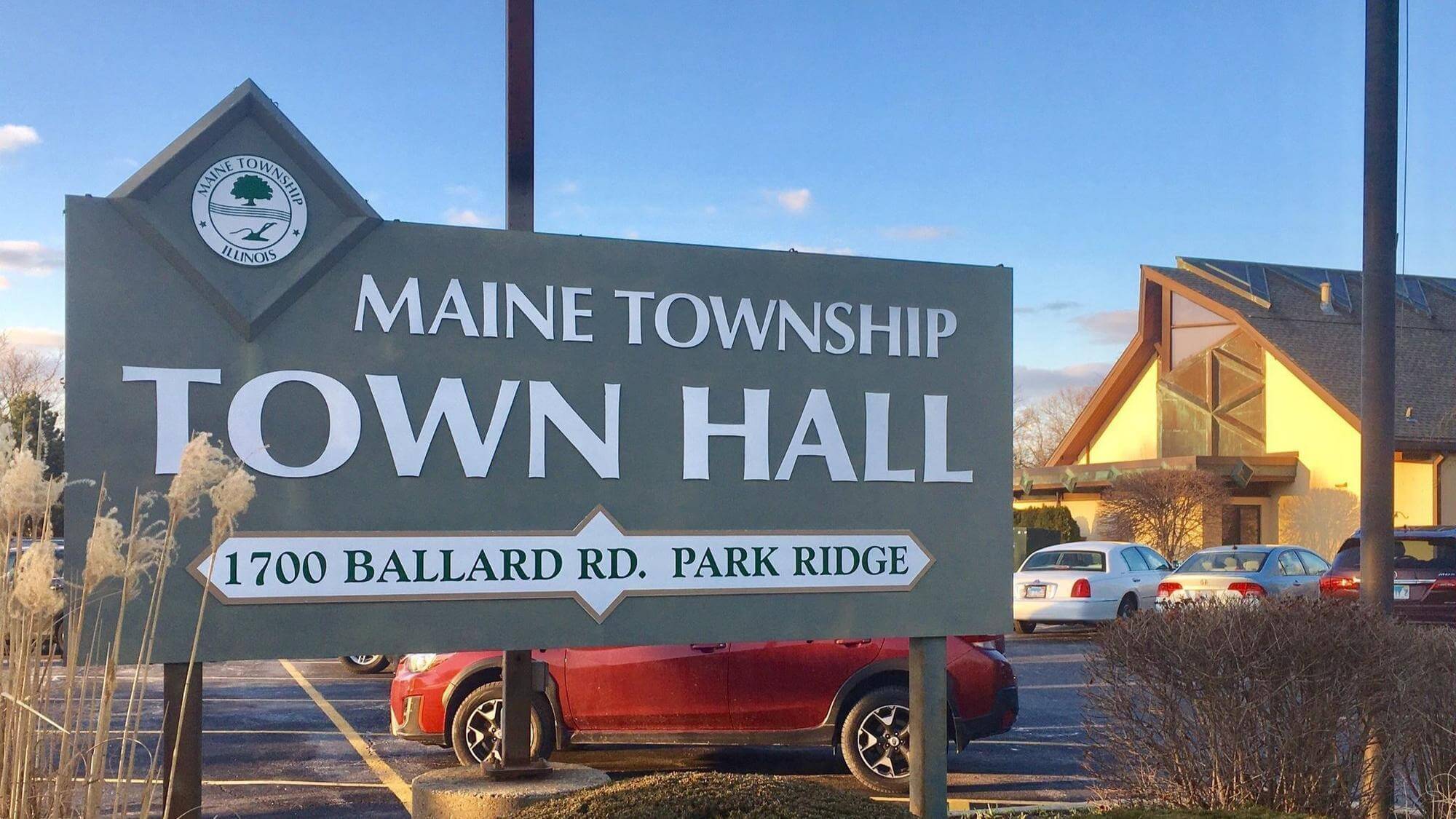 At issue was whether or not Maine Township’s assessor, Susan Moylan Krey, was qualified to earn an IMRF pension.

According to IMRF rules, elected, non-voting members of a township board with a township position (usually the township supervisor, clerk, assessor or highway commissioner) are eligible to earn pension benefits as long as their duties require more than 1,000 hours of work a year. The 1,000 hour threshold was created in 1983, in part to help cut down on the number of politicians who received pension benefits for part-time work.

Every two years, each township board has to determine, or certify, that an elected member’s position requires 1,000 hours of work.* And in August 2017, the Maine Township board voted 3-2 to not certify Assessor Moylan Krey’s claim to IMRF pension benefits. Trustees Susan Sweeney, Claire McKenzie and Dave Carrabotta voted against certification.

With that vote, the Maine township assessor stopped earning benefits toward an IMRF pension and the Maine Township board considered the matter closed.

However, Assessor Moylan Krey did not. According to township and IMRF records, the assessor contacted Kathy O’Brien, then-General Counsel of the IMRF, in October 2017.

O’Brien, who is now retired, sent a letter to Maine Township Supervisor, Laura J. Morask, asking why the board did not certify the assessor. That letter was never presented to the board by Morask.

Morask sent a response back to the IMRF, again without informing the board, that said the board members gave no explanation for their non-certification.

In December 2017, the general counsel overturned the township board’s ruling based on Morask’s letter. With that action, Assessor Moylan Krey began to earn credit toward an IMRF pension again.

The Maine Township Board trustees remained unaware of the IMRF general counsel’s actions until January 2018. Once the township board became aware, it voted to appeal to the IMRF its reinstatement decision.

After over a year of review, the IMRF finally issued its judgement on May 17th, 2019. The pension fund ruled in the township board’s favor, writing that the board was within its rights to not certify Assessor Moylan Krey, and that the decision to terminate her membership in IMRF as of August 2017 was affirmed.

Unfortunately, the good news for the Maine Township board was immediately wiped out that same day. A separate IMRF board resolution stripped township boards of their power over certifications going forward.

“We won the lawsuit, resulting in savings for taxpayers worth thousands of dollars in what otherwise would be paid out in pensions, but the same day we won, the IMRF changed the law,” Sweeney explained to Wirepoints.

“This hardly seems like a coincidence. The IMRF’s ruling in favor of Maine Township was a win for taxpayers and local control, then they took that control away from the township and governments across the state.”

The new IMRF resolution 2019-05-09(d) impacts local boards’ authority in two ways. First, it switches who’s in charge of pension certification at the local level. Instead of the whole board voting on certification, the board’s IMRF agent (either a trustee or the township supervisor) is now in charge and can certify an official against the wishes of a majority of the board.

Secondly, and more importantly, the resolution allows the IMRF to overrule any township’s refusal to certify an official for a pension. The resolution says that the “primary responsibility for determining IMRF eligibility rests with each participating unit of government,” but it makes any local government decision pointless by adding that the IMRF “reserves the right to make independent determinations on the basis of facts available.”

In addition, the IMRF’s resolution language could be interpreted as retroactive – going back to 2017. If so, previous local board decisions to not certify officials could be reversed.

The assessor recently submitted a request for certification – this time to Township Supervisor Morask, who is also the township’s IMRF agent. The new IMRF resolution gives local IMRF agents authority over certifications.

Morask certified Moylan Krey’s request, once again against the objections of a majority of the Maine Township Board, and submitted it to the IMRF. If the IMRF approves the certification, Assessor Moylan Krey will begin earning credit toward an IMRF pension going forward.

Mary Dickson, the attorney hired by the township to handle the IMRF certification appeal, says she’s surprised that the IMRF changed its rules in the manner it did. “The majority of the town board made the determination that the position of assessor is not IMRF qualified. That determination was supported by IMRF,” she said.

“Now IMRF has changed its rule in such a way that the assessor and the township supervisor have certified that the position is IMRF qualified. That appears to fly in the face of the legislative determination made by a majority of the township board.”

The IMRF seizure of certification from local government boards, who know their employees’ duties best, is a disappointing decision.

The decision reeks of the same nonsense that props up spiking, double dipping and other practices that have helped drive the state’s pension systems into the ground. And it’s yet another example of why Illinois property taxes are the highest in the nation.

Trustee Sweeney has seen enough of the system to know it won’t stop until politicians no longer receive pension benefits. “I am going to propose adopting a resolution to eliminate pensions for elected officials in the Township,” she says, “and I hope other local governments will consider the same.”

Read more about Maine Township’s struggles and successes with pensions and property taxes:

This pension nonsense is never going to stop. It appears that the vast majority of local bureaucrats and officials care only about that pension. They will fight tooth and nail to get it and maximize it. It is not a side benefit — it is THE reason they go into public “service.” It always blows my mind that these public “servants” make more and work less than their private sector equivalents, yet the pension is rarely considered in that compensation comparison. The multi-million dollar retirement annuity they receive pretty much blows any private sector compensation out of the water. A… Read more »

Then they join unions and spit in our faces, as though the taxes we pay aren’t enough. Every taxpayer in the nation should be outraged that public sector unions are allowed to begin with.