What are the real chances of dying if you are infected with COVID-19? You’ll probably be surprised how low they are according to new numbers from the Center for Disease Control. We’ll state those numbers simply for those of you who aren’t crazy about math.

The CDC’s new estimate, for the first time, is broken down by age groups. Here is what the CDC calls its “current best estimate” of chances of dying from the virus if you get infected:

Here’s another way to look at the same numbers. If you get infected, your chances of surviving are as follows: 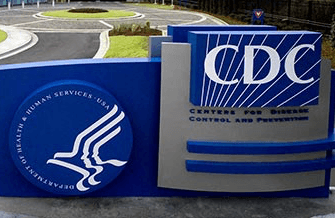 The CDC’s numbers are actually published as what’s called the “Infection Fatality Ratio” or IFR. The relevant portion of their chart is reproduced below. We’ve just stated their numbers a different way and rounded a bit. IFR includes, as those who were “infected,” those who got the virus but never got sick or displayed symptoms.

The CDC’s “best estimate” may be off and it offered other scenarios, also shown in the chart below. They are all very low, however, as you can see. For those age 20-49, for example, even under the worse case scenario, the IFR is only .0003. That means your chances of dying even if you got infected would be 1 out of 3,333.

Estimates of COVID’s lethality have been dropping regularly. In March, when most of the nation went into lockdown, Dr. Anthony Fauci estimated the mortality rate at about 2% and the World Health Organization pegged it at about 3.4%. Both are far higher than the current CDC estimate.

Those earlier numbers, which were far more frightening, got extensive press coverage. Very little media attention, however, has gone toward the new numbers.

What is the total number of deaths(all causes) for 2019 in the USA? How does this compare with this year.

OK, the death rate is clearly low for those under 50, but for those of us over 50 the death rate is still much higher than for the flu. And, do we know the long-term health consequences for younger folks who survive even relatively mild cases of Covid? I am all for reopening the economy, for the most part, but only if we wear masks indoors and practice physical distancing. I am mystified by folks who insist on reopening and refuse to wear masks; logically, wouldn’t we be more able to reopen, safely, if we all wore masks? The notion… Read more »

I’m with you on this. I am not at all sure how effective masks and some other measures are, but to me it’s a matter of getting along because many people are convinced they are important. If that provides the comfort needed to get back to work, fine.

I’m cool with people over 50 choosing to just stay home. Nobody is forcing them out of their houses.

not just 50, under the age of 70 though it’s the same as the flu. so people above 70 should be more cautious.

I would like to see someone provide a bit more context. How do these fatality or survival rates compare to other things killing Americans daily and weekly, or that Americans are surviving daily or weekly?

Yes, we will think about that. It’s tricky because you first have to factor in the chances of even getting infected in the first place, which is not in those numbers. A college kid going to parties is one thing but an adult taking reasonable precautions is very different.

Thank you Mark, been saying this forever but since everyone is so gosh darn bad at math (including scientists advising our moronic politicians) I feel like I am a crazy person screaming at the skies to open up the economy again. This is NOT worth the collateral damage of destroying large gatherings, conventions, concerts, sports, etc. and certainly not worth screwing over millions of children’s childhoods and early years.

15
Eugene on a pay phone

“A nation of sheep”….Vance Packard

Trust your free fellow Citizens to correct this nonsense of Covid

The fear is still strong…

Just look at all those wearing masks “outside”…

10
Bob Out of Here
Reply to  Joey Zamboni

Just look at those driving down the highway alone in car, windows rolled up and air conditioner on, wearing a mask.

16
Toolworks
Reply to  Bob Out of Here

4
Joe Blow
Reply to  Bob Out of Here

thats to prevent them from licking their windows

Gee I wonder why Democrats might want to keep various state and local economies locked down in the name of “science.”

I am stunned by these numbers even though I have tried to follow the science and I bet most people would be stunned too.

I’ve been in favor of dismantling the CDC for years — they do more harm than good — this Coronahoax magnifies that by 100x.

So we have been lied to again! Yes I know there is a virus but I am so sick and tired of being played by CDC, Fauci, so called scientists and most of all the governor who is holding the state of Illinois hostage so he can get a bailout for his pension problems!

What “science and data” do you think our governor is using?

Ouija board for science…

Vegas for the data…

Maybe all those who never got a test and still received a positive outcome is another excuse to do contact tracing for whatever nefarious reason they see fit. Right now if you do not take a test they cannot initiate contact tracing. I’ve read many comments on other sites like Natural News or Mercola about just filling out a form but left because line was too long and they received a positive test result anyway.

There is probably a lot of money to be made with positive test result. Who knows?

There is ZERO legitimacy or public health need for these completely invalid “tests.” They “measure” some generic genetic material. Their only purpose is to create a database of more trackable information on the public under this continuing “health emergency” CON, and possibly more nefarious purposes as you suggest such as potential home visits, quarantines, and digital “jail.” I think financial gains for the connected politicians and companies are the lesser concern.

Used to be, when blood was drawn or urine collected, patient signed the surgical tape on collecting container in order to avoid mixed-up names/samples.
Why shouldn’t this be done ( pt. signs test strip at time of serum sample collection) in order to prove that they did take the test and sample is theirs?

Excellent point, what patient identifiers are required to ensure their ‘chain of custody’ protocol with these covid tests? Tests are invalid if chain of custody procedure is incorrectly followed. What are the qualifications required for these covid specimen collectors anyway—are the test sites immune from civil liability under the governor’s emergency executive order 2020-19?

Yup. There are so many further questions about “cases” and positivity rates. For example, some people are now getting tested many times per week. Do all those go into the numbers?

1
Bob Out of Here

Our accountant says his nephew’s friend had an appointment at one of the pop up sites to get a Covid test. They were running way behind so after a couple of hours he left, untested. Yet he got notified the next day he was Covid positive. His mom was not happy, talked to some of her friends online, who had the very same thing happen with their kids. For some reason the media never seem motivated to ask about hospitalization and fatality rates when the make a big deal out of how many people test as positive. Even if there’s… Read more »

They moved months ago from fake “pandemic” to fake “casedemic.” Total deceptive intent to keep the public in obeyance, ignorance, and possibly prepped for additional fascist tactics to come. Collecting DNA may be part of this scheme. Warn everyone to avoid the “test” at all costs.

I coined the phrase, and I wish to God I had copyrighted it, “scamdemic.” I think people are starting to wake up to that, like the restaurant and bar personnel in Nashville found out a week ago.

Don’t forget Plandemic, which is the actual title of a new documentary. Worth finding and watching.

0
Manfred Downstate
Reply to  Bob Out of Here

I would like to hear a testing facility explain how they could send out a notice of result for someone who had not actually been tested, and how such a notice based on “no test” would just happen to be “positive.” Meanwhile, my County Health Department had a meeting early in August to discuss a “voluntary isolation ordinance.” At that time, if someone tested positive for Covid-19, the county health department would call them, and the individual could agree over the phone to quarantine for 14 days. Under the proposed ordinance, the person to quarantine would have to sign a… Read more »

These are just the predicted factors in the creep of covid-tyranny. Entirely fake in origin and justification but real in effect on citizens. Only the beginning… the time to stand in defiance is yesterday.