When asked last month to document his claim that Illinois’ pension buyout program would save the state as much as $25 billion Gov. J.B. Pritzker said, “the numbers on savings, and there are several different estimates, but the numbers on savings were actually given by an outside consulting firm that was brought in to one of our agencies….”

We immediately filed a Freedom of Information Act request for any data or report produced by that outside consulting firm.

Nothing. As usual on this matter, we are getting jacked around. So far Pritzker’s office has sent us four extensions for answering our FOIA request.

Get off it. You either have something or you don’t.

Pritzker is hardly alone. For two years now, Democrats and Republicans alike have been claiming grandiose savings from the buyout program while refusing to produce evidence, despite extreme skepticism from pension experts.

Offenders include former Gov. Bruce Rauner and most of the General Assembly. They even banked over $400 million in savings from the buyout for the 2019 budget. That budget sailed through the legislature in 2018 with bipartisan support, as reported by the Associated Press and others at the time, which Rauner then signed. “The plan was not vetted in public hearings or evaluated by pension actuaries,” the Civic Federation has noted, before it was stuck in the budget as a fake savings measure. 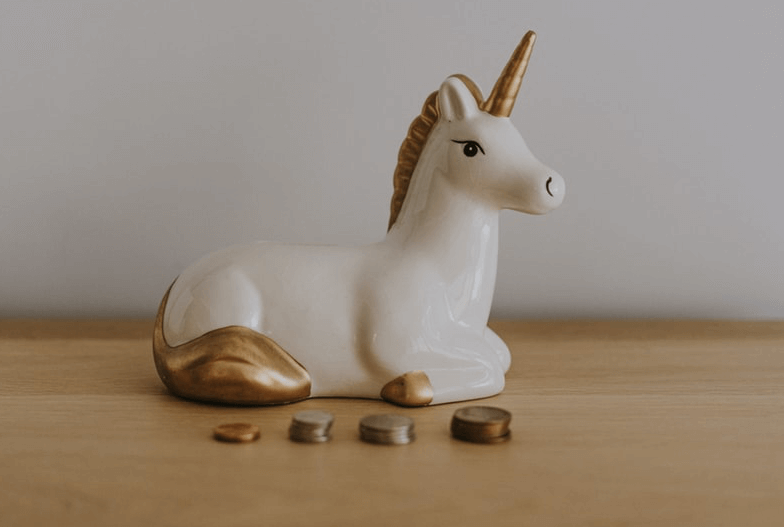 Actual results from that budget year? A lousy $13 million, about three percent of what was claimed.

We’ve asked repeatedly over the past couple years for something – anything – showing how the supposed savings were calculated. We asked the Rauner Administration and any number of legislators but we were ignored.

One legislator who at least returns our calls on this topic is Rep. Mark Batinick (R-Plainfield), a leading proponent of the buyout program. When I spoke to him last week to ask for the study Pritzker referenced or anything else documenting savings, he suggested I check directly with the pension plans themselves.

That’s unacceptable. Any legislator or governor supporting the program should at least know where to find an analysis and be prepared to back up claimed savings. Furthermore, we have talked to pension officials. We were told on background not to expect any material savings from buyouts.

Batinick also brought up the uncertainty about take-up rates, where evidence is still coming in. That is, how many pensioners are accepting the buyout offers? How many will, eventually?

We accept that take-up rates are an inherently unpredictable aspect of the program, but that’s no excuse for having no analysis. At a minimum, the state should have savings calculations based on a range of possible take-up rates. Those calculations should include all costs and benefits associated with the program.

Those costs, by the way, include interest on money borrowed to pay for the buyouts. Taxpayers are on the hook for $300 million of bonds already sold to pay for buyouts, with more to come. As of last summer, almost all the proceeds from bonds sold were sitting unused, costing taxpayers 5.74% per year thereon.

Finally, Illinois reporters need to do their job. Aside from the question from Jeff Berkowitz linked at the top of this article, I recall no other reporter challenging Illinois politicians who brag about the buyout program. Says who? That should be their question. The national press, in contrast, has been skeptical about Illinois’ program from the start, as you can see in some of the articles linked below.

Says who? That’s what you should ask next time you hear any politician making claims about fixing our pensions through buyouts, even if reporters don’t.

There’s one place where the state makes an effort to be more truthful. That’s its bond offering disclosure statements where unfounded claims can result in a securities fraud case. Here’s what the state said in its most recent bond offering statement in November 2019: “The State is unable to quantify the amount or timing of any [reduction in pension liabilities] at this time.”

That’s no doubt true. They have no idea.

Illinois will bond for pension buyouts, may cancel swaps – The Bond Buyer, June 2018

This is why everyone SHOULDN’T answer the CENSUS or put 1 if you must. LOOSING REPRESENTATION in this BLUE state is a plus. Let our REPRESENTATION happen in a RED state.

Schakowski, Durbin and Duckworth represent me in Congress. It’s embarrassing.

Schakowsky has been in Congress longer than I’ve been in the work force and I’ve been in the work force for 20 years. She runs, for all practical purposes, unopposed every year. Last year her Republican’s campaign slogan was “John, not Jan” and he lost 73.5 to 26.5, by nearly 50 points. This year Jan actually has a primary challenger, a millennial progressive who believes that whackjob Jan’s policies just aren’t crazy enough, and we need a leftist to make things even worse. Her primary challenger has raised, I’m not joking, $5,000 for his campaign, and Jan has raised $939,304,… Read more »

This is a result that they are organized-have a hierarchy starting with union leaders and dues paying members. With that money they can buy the best possible way of representation in the form of politicians. We as taxpayers are basically on our own. No structure whatsoever. If we protest our assessment and need legal council we pay for it but if the municipalities use legal council to fight us they use our money that they get from our tax’s. If we don’t organize in some way or form we lose but if we do there may be a slight chance.… Read more »

It’s smarter to just concede Illinois to the liberals and move on. Our desire to fight injustice, while normally commendable, is futile under present circumstances.

Yes, the nation is sorting out into red and blue states. We had the chance to go red in 2014 with Rauner; and instead, we took a hard, hard left towards blue.

Ohio, WI, (and soon) MN are some of the few states that are turning from purple to red. IL is too long gone to fix.

We had a MUCH better chance with Jeanne Ives but Rauner just flat out lied in his commercials, completely a Madigan move!

I disagree, Rauner was the incumbent, and he had a war chest. Ives was an outsider with views that are too Trumpian for this state (even though I personally agree with her). Its easy to say that Ives may have beat Pritzger but hindsight is 20/20. I voted Rauner in the primary over Ives but only because I didn’t think Ives was electable. Ives has got a better chance of winning a house seat in the western suburbs of Chicago and that’s where she is running for office. That’s a better fit for her. Especially give the insane blue wave… Read more »

If someone is to be bought-out via lump sum equal to current cash value of accrued benefit, and if lots of people take the buy out, and if lump sums are large due to current low discount rate, won’t these distributions tend to reduce the assets of the already underfunded plan? Or is it time for pension bonds to top off the bucket? Will there be a window period to elect buyouts? Is a run on the bank in prospect? (Seems to me the buyout ought to be conditioned on a haircut.) Also, most will want to rollover to IRA… Read more »

Based upon your post I suggest Capitolfax. I think you will fit in quite nicely there.

The “job” of Illinois reporters for the past 30 years has been to act as PR flacks for the Democrats.

February 21, 2020
A plain English explanation of why Pritzker is wrong about a state constitutional amendment for pension reform.
View Comments (32) | Add Comment