It’s not often that we’re on the same page with Tom Tresser of CivicLab and Ben Joravsky of the Chicago Reader. But on the central problem with tax increment financing in Chicago – their abysmal lack of transparency — we’re on common ground, along with most everybody else.

The concept behind TIFs seems sensible on its face: If a city pays for improvements or development incentives for a particular area, the cost should be recouped through property taxes on the windfall increase in valuation owners in that area enjoy.

In Chicago, however, they boil down to nothing more than this, as CivicLab puts it on their website: “TIF = Slush Fund.”

Chicago’s 136 TIF districts cover about a third of the city, according to Medill Reports, and in 2018 they collected a whopping $841 million in property taxes. TIFs are supposed to be for blighted or underserved neighborhoods, but downtown LaSalle Street is among the areas in a TIF. Those statutory standards are lax enough that even a section of swanky, suburban Kenilworth qualified for a TIF, as we wrote earlier.

But the real problem in Chicago is that they are indeed a slush fund, and an extraordinarily opaque one at that. TIF money for decades got diverted to pet projects de jour of whomever the mayor was, usually glamor projects like Navy Pier improvements.

As reported by Greg Hinz at Crain’s on Tuesday, Mayor Lori Lightfoot’s administration quietly requested insertion of two lines in a 26-page bill passed last month by the General Assembly allowing her extend the life of a near-north TIF to provide $36 million to a housing development. The city explained that it was obligated to pay the money for replacement of low-income units required by federal court decree when much of Cabrini-Green was demolished.

But money is fungible and in mighty short for the city, so it’s pretty obvious that what’s really happening is TIF money is being used to make ends meet.

TIFs are a “shadow budget,” as Joravsky put it, because its impossible to know what’s going where or why.  How much do the TIFs—with their annual take of hundreds of millions—add to Chicagoans’ property tax bills?

Here’s Joravsky’s candid answer, despite his years of detailed research on them: “I can’t tell you because I don’t know. I’m not privy to the information I need to make such calculations. Those who have the info aren’t talking, presumably because they don’t want you to know.”

However, her reforms were widely criticized as being too little, too late. Joravsky likened reform to a game of three-card monte. “As for ‘reforming’ the cost part of the TIF by telling us, you know, how much they cost—don’t hold your breath,” he wrote. Block Club Chicago covered other critics. Part of the fight is over where the money should go – schools, housing or whatever.

Tresser is particularly critical of Lightfoot’s latest move and gave me the following comment. CivicLab would abolish them entirely and has a petition going on that.

The CivicLab is appalled at the back–room, opaque tactics being employed by Mayor Lightfoot to extend the life of the Near North TIF. Created in 1997 it has stolen a total of $292.5 million in property taxes from the units of government that rely on property taxes for operations. The biggest loser was, and will remain, Chicago’s stressed public school system. Since our public schools serve a majority student body of color, we call TIFs racist and that they need to be abolished. The pro-business Crain’s Chicago TIF-loving reporter Greg Hinz called the move by the Mayor “unusual and unheralded.” Well, we at the CivicLab have been heralding the hell out of TIFs since 2013 through deep research and 80 public forums. TIFs are racist, unfair, corrupting, and promote terrible planning and governance practices – like this one. 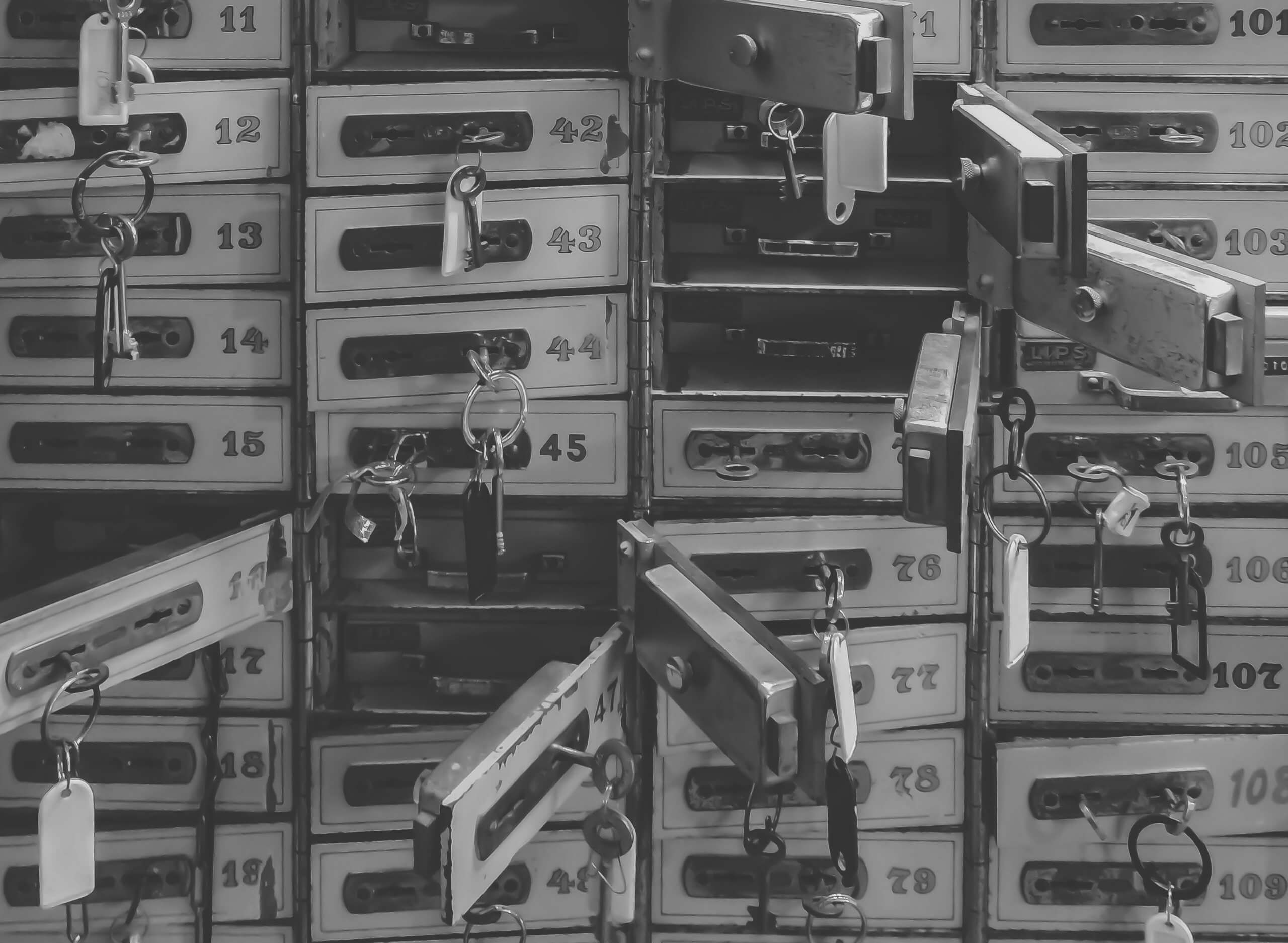 How much more is available from TIFs?

Heck if we know. That’s part of the transparency problem. We have yet to identify what if any logic goes into the process of declaring a TIF “surplus” and what the total truly is. Last year, however, Lightfoot declared a $300 million TIF surplus, so the potential again is no doubt huge.

Count on plenty of fights over who gets it.

F*ckin?awesome things here. I very glad to see your article. Thanks so much and i’m taking a look forward to touch you. Will you please drop me a e-mail?

I’ve heard of successful TIFs and unicorns, but have yet to actually verify that either exist. The following statement from The CivicLab is false. Created in 1997 it [Near North TIF] has stolen a total of $292.5 million in property taxes from the units of government that rely on property taxes for operations. Let’s have a little civics lesson. Each taxing district establishes a tax levy to cover the estimated expenses for the upcoming fiscal year. These levies are normally published and discussed during the month of December. Any member of the public may attend the open meeting and question… Read more »

True to some extent, Illinois law set ( in the past) Fund Accounting Maximum Rates which did cap levies based upon percentages of (taxable) EAV. For example the general-use Education Fund levy was capped at maximum 4% of EAV. Because EAV is artificially suppressed by TIF ( not only new development values, but also normal inflation on assessed values are not allowed to be considered taxable EAV by schools or other taxing bodies), sometimes schools may have encountered that “taxpayer protection ” rate cap on certain Funds. Of course taxing bodies quickly found workarounds, such as overtaxation in uncapped Funds… Read more »

Here in Rockford there are 32 TIF districts. Only a few have made money over the baseline of what the properties were worth at inception. I am trying to find the article from the Rock River Times that had all the numbers. The one I could find said that properties worth $100K baseline were valued at $84K. That was a few years ago so many TIF’s lost money. The few that went up were 7th street and the river district. Total lost to TIF’s to the taxing bodies is around $5.7M a far cry from Chicago property value increases. This… Read more »

Chicago political class is not alone in weaponizing TIF. Suburban TIF districts have devalued properties outside the TIF umbrella, and raised property tax rates by significant amounts.(See academic studies by Dye and Merriman on deleterious effects of Illinois TIF). Example: Woodstock IL. The latest residential TIF project turned a commercially zoned property into a multifamily residential zoned project, for which Woodstock gave developers over $1 million grants. Assuming an assessment comparable to similar properties, and using standard formulas to present-value the assumed annuity-in- perpetuity promised by this development to begin payments in 23 years (highly unlikely it will pay anything… Read more »

Awesome! I have seen some TIF districts more gerrymandered than election districts. Using school funds to play around with private developers.

Still trying to wrap my head around TIF’s. For example. If you have a home valued at $250K and a TIF is started in your area the $250K is the baseline. So ALL the money you pay in tax’s goes to the taxing bodies. Now your home increases in value (or reassessed) to say $500K. You will pay tax’s on the entire $500K but only the baseline ($250K) will go to the taxing bodies and the rest into the slush (TIF) fund for whatever they designate the tax money to go. So in essence the taxing bodies are only getting… Read more »

In your example, if no additional expenses were created for existing taxpayers and levies did not rise then yes.: the schools are paid their entire levy but the money has to come from somewhere so the “half the money” which is diverted to TIF is paid (‘additionally ‘) by taxpayers outside TIF. Consider a few examples: TIFtown vs NOTIFtown. TIFtown consists of 100% TIFDistrict properties, and its total EAV in year 1 of TIF is (1/3 of $240,000)= $80,000. $80,000 is the frozen EAV to be considered for taxation. The ptax levy in TIFtown year 1 happens to be $8000.… Read more »

Thank You for your detailed analysis. I am still trying to find more details on Rockford but from what I read most TIF’s are in the red from base value due to declining value except for last year. Are you familiar with Ted Biondo? He was on the Winnebago County board now retired. He was a true advocate of the taxpayer. He has a blog and is not in favor of Ptell and the lack of transparency of TIF’s.He has a detailed explanation on when they raised the senior deduction on homes from $4K to $5K and that resulted in… Read more »

Crain’s has lost whatever credibility it once had by being more political than ever.

You honestly are hard pressed in Illinois to find a town that has NOT abused TIF’s. Schools have been the biggest losers I believe, along with homeowners.

It just occured to me that probably nobody under 50 will know what the picture of lock boxes is.

Sometimes you see them in heist movies. People used to keep bearer bonds and coupon bonds in them. That was during a time when bonds were actually safe. I think the last coupons were redeemed around 2014. I’m sure none of the twitter mob daytraders have heard of coupon bonds.

SO much fraud, so much shady underworld with them, and so easy to lose. So much easier to track when everything is electronic.

Ha! Not quite 50 but I knew what they were. I’ve also been in the The Central Standard Building basement vaults. Had some great photos but I think I lost them.

My old hood! Having lived there in the 2000’s, I find the TIF extension comical. There’s been so much vacant land in that area for the last 20 years, they had plenty of time to build whatever they needed to build. And if they didn’t build during three bull market runs, I don’t know what going to get them to build now. But by any measure it’s a thriving neighborhood that can stand on its own and doesn’t need TIF assistance.

January 20, 2021
Ted was on AM 560's The Morning Answer this week talking about how Illinois can save more lives by giving the elderly the COVID vaccine before any other group, the inconsistency of Illinois' destructive lockdown rules, and how Illinois' leadership doesn't appear to have any real plan to bring the COVID crisis to an end.
View Comments (6) | Add Comment