An Illinois judge last week barred a lawsuit which would have asserted that the state unconstitutionally issued two sets of bonds.

Prior to the ruling, a Chicago Tribune editorial said the case deserves close examination on the merits and should be allowed to proceed. Killing the case, the Tribune said, “would reinforce the impression that Illinois public officials are beyond challenge.”

Little did the Tribune know that the judge would openly say just that — never mind the constitution, public officials are beyond challenge.

Among the reasons the lawsuit cannot proceed, according to Judge Jack D. Davis II, is that it “asks this court to address a non-justiciable political question and substitute its judgement for the Illinois Legislature some two decades after it occurred.”

First, Judge Davis was flat out dishonest saying this is “two decades” after the legislature acted. The two sets of bonds challenged were authorized by the legislature and issued in 2003 and 2017, and it’s the two-year old bonds that are more constitutionally questionable. I can think of no judicial opinion or ruling ever where a judge so brazenly twisted the facts.

Far more important, however, Davis seems unaware of the bedrock principle in American law – that courts have the power and duty to invalidate laws that conflict with the federal constitution or their state’s constitution. It’s not a court’s place to “substitute its judgement” for the legislature’s, he says.

Marbury vs Madison established in 1803 that courts should invalidate laws that violate the constitution. That’s a central tenet of separation of powers. Since then, federal and state courts have invalidated hundreds of statutes and administrative actions as unconstitutional. Illinois and all other states routinely do the same, testing their statutes against their state constitutions. Judge Davis, however, might as well have written, “Politicians decided to do this so it must be permitted.”

This is not to say how the case should ultimately have come out if it were allowed to proceed. We’ve said from the start that it would be difficult to win, for both legal and political reasons. Judge Davis did discuss in his ruling the central issue about whether the bonds were issued for a “specific purpose,” and he said they were.

But now, that and other matters won’t even be properly heard.  Unless the ruling is overturned on appeal, a lawsuit is prohibited. 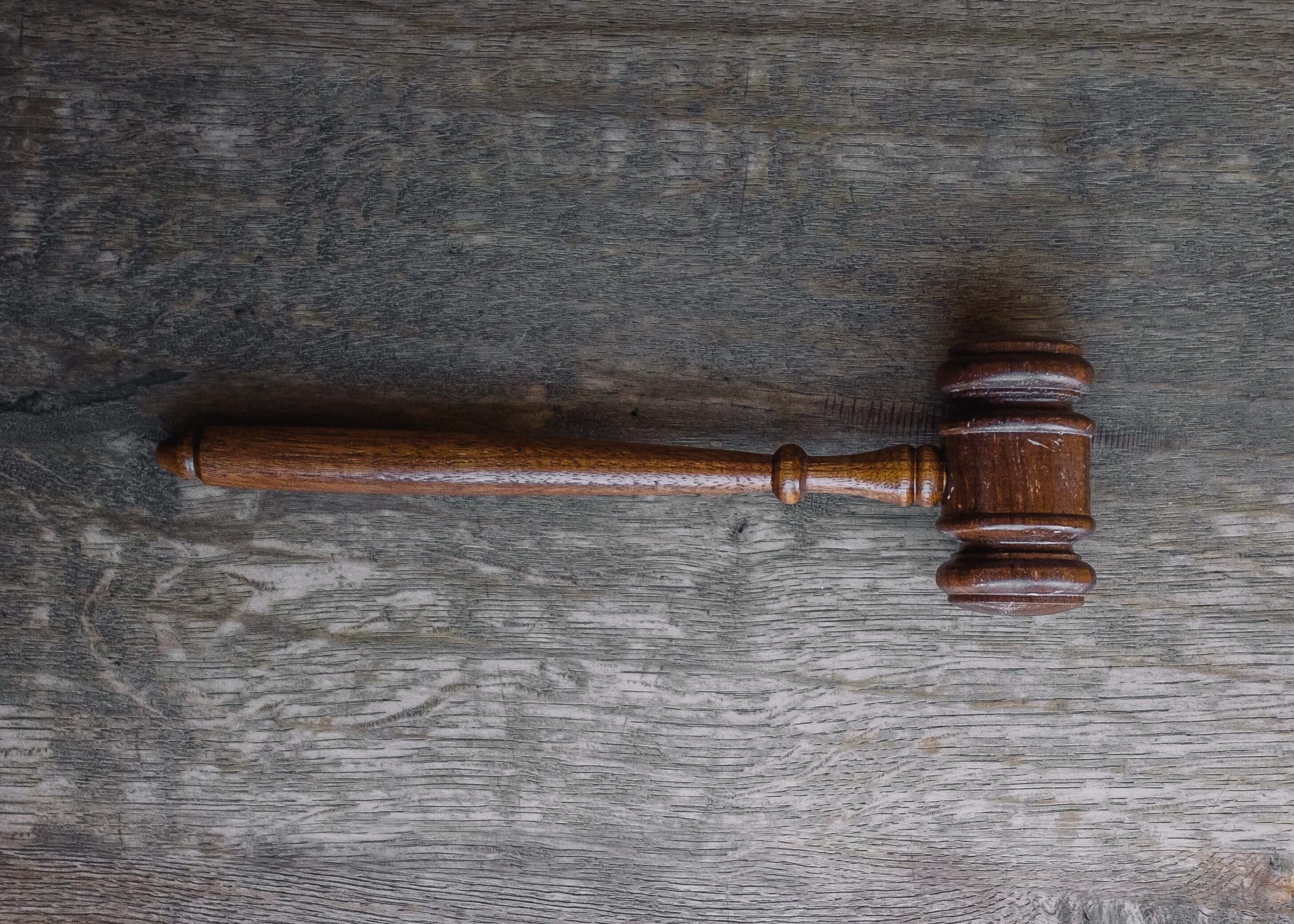 Judge Davis ignored, among other things, the most interesting aspect of the case, which warrants a full, reasoned opinion. That’s the relevance of the balanced budget requirement in our state constitution, and it’s especially pertinent to the 2017 bonds. They were used simply to pay down part of Illinois’ huge bill backlog.

That backlog obviously results from budgets that weren’t balanced. That means the bonds merely paid for current operating expenses, in substitution for a genuinely balanced budget. Borrowing to pay for current operating expenses is fiscal suicide. Davis’ ruling effectively means the balanced budget requirement has no meaning whatsoever. But a basic rule of constitutional interpretation is that all provisions must be afforded at least some rational meaning.

But no judge should think questions about constitutionality can be ducked merely by saying those words, which is all Davis did. The political question doctrine is used rarely. The United States Supreme Court narrowed it severely in 2012. The entire concept is facing harsh and growing criticism. If used at all in this case, it should only have been after being argued and tried properly, with the decision laid out in a full opinion.

The state, taxpayers and the municipal bond community all would have benefited had this case been allowed to proceed, been fully heard and a reasoned, complete opinion published. That way we’d all know what if any meaning the Illinois Constitution’s debt limitations and balanced budget provisions have.

When we first wrote about this case we said it would be a teaching moment, that an education was at hand. That’s what we got. The lesson is that, in Illinois, Marbury vs. Madison be damned.

*Mark Glennon is founder of Wirepoints.*

anything can happen in a lawyer-brain

If judges can’t rule on whether a law is constitutional or not, then who does?

So lawmakers can just pass ANYTHING and there is no one who can “get in the middle” of it? Where are we supposed to turn when this pack of legislative morons continues to pass laws without regard to our supreme governing document?

Attention Illinois judges: this judge represents all of you, and he’s making your whole lot look like idiots.

“Litigants who believe that a state judicial proceeding has violated their constitutional rights must appeal that decision through their state courts and then to the Supreme Court.4 See Young v. Murphy, 90 F.3d 1225, 1230 (7th Cir.1996).”

But no appeal could go to SCOTUS here because no underlying US constitutional issue, unlike that one, correct? (I’m pretty rusty on this.)

All state issues can find their way to the US Supreme Court, provided there is a conflict among jurisdictions.

I’d need to do more research — I’ve looked at taxpayer standing as pertaining to bond issue challenges in a very few cases and haven’t found it to be very clear. I see the case of Crampton v Zabriskie (101 U.S. 601 [1879]) and Westlaw cites a 2003 case that declined to follow Crampton because its holding on taxpayer standing was “dictum.” I believe the IL case taxpayers are represented by White and Case and expect they’ll be doing the research if they haven’t already!

If Marbury vs Madison does not apply in Illinois, then why did the Illinois Supreme Court, in 3 separate cases recently, rule that pension benefit cuts enacted by resounding majorities of the Illinois legislature or Chicago City Council cannot be permitted? And please don’t tell me it is because the judges are Madigan stooges, because Madigan is the one who sponsored and pushed through at least one of those pieces of legislation. I strongly urge you all not to making sweeping generalizations such as this based on a single court ruling.

You may need an additional dose of cynicism here. Madigan and the Illinois legislature often perform Kabuki theater, where they will pass something that is often unconstitutional–to appear to appease the masses–but then work behind the scenes to get someone to challenge it in the courts and appease their public union masters. All of this stuff is understood and decided beforehand. Nothing that happens is unplanned in Illinois politics. Madigan’s staging of phony candidates on his election ballot and other ballots across the state is not in good faith, but he still does it, because that’s how he plays ball.… Read more »

OK, Marbury vs Madison applies selectively in Illinois when a court feels like it. Better?

In Illinois politically elected judges have become the obstacle to every effort at reform, and it is telling that the excuse is that reforms, including legislative and judicial reform, must be struck down as “a political question”. And when it comes to uncontrolled spending of taxpayer money, even the Illinois Supreme Court now reads the Illinois Constitution not for protection of taxpayer rights but as as a blank check suicide pact.

The seven Supremes should be dragged to one of the Chicago law schools and made to sit in a first semester contracts course, specifically the discussion concerning the contract defense of mutual mistake. Both the legislature and the employee unions were sadly mistaken as to the soundness and durability of the funding formula for the employee pension systems. If these legal solons want to throw contract law in our faces, then let us force feed some contract law back to them.

That’s a very important point. The whole notion that there is a valid contract is faulty. Mutual mistake, fraud, impossibilitiy of performance are each established reasons to void contracts, and each applies.

Not to mention that the right of a legislature to modify the acts of a prior legislature is an “essential element of sovereignty.” I’m not sure what is being argued to these judges. I assume White & Case is hitting all the bases. Obama taught constitutional law in Illinois, did he not? I wonder what he thinks. Rule of law seems to be becoming more optional in today’s environment. When Supreme Court (IL) judges see “sanctuary cities” it’s little wonder (to me) that everything is up for grabs including the the roles of precedent and sound reasoning. This won’t be… Read more »

Can this be appealed to the US Supreme Court and Illinois perverted Madigan puppet judges then receive an education in the US Constitution?

No. but t will be appealed within IL

May 24, 2020
The Illinois General Assembly has finally passed an emergency budget for 2021  Tax revenues have taken a severe hit due to the impact of the shutdown in response to COVID-19, yet that hasn’t stopped lawmakers’ spending priorities. The state will spend a record $42.9 billion while bringing in just $36.8 billion.
View Comments (7) | Add Comment