The Kenilworth Village Board may have voted for a TIF over the objection of its residents, but opponents of the TIF shouldn’t assume all is lost.

A TIF decision, which will negatively impact both the Sears and New Trier schools, does not have to stand. Kenilworth residents will want to look at what the small village of Lakewood, population 5,000, did in 2017 to cancel its $66 million TIF before it ever had a chance to become operational. It may take some bold residents and a wholesale change of the Kenilworth Village Board to get those results, but Lakewood proved it can be done. More details on that below. 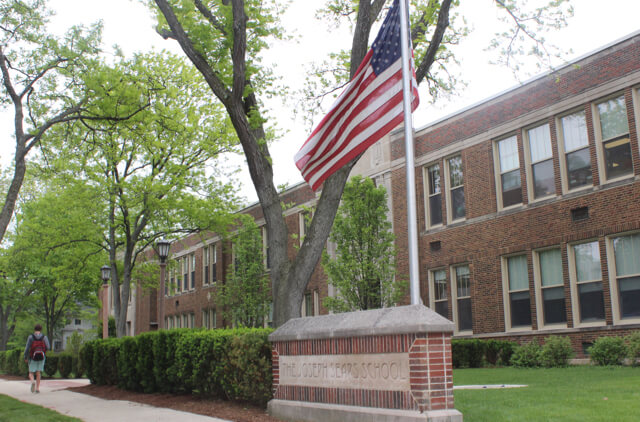 But first, some additional perspective on just how corrupted TIFs have become. The Chicago Tribune’s recent article, A controversial tax subsidy program will generate a record $1.2 billion in revenue. Here’s what the number means for Chicago, reports that one-third of Chicago’s property tax revenues are now tied up in TIFs.

There’s much more to Chicago’s mess than just TIFs, but the massive diversion of revenues for sure contributes to the fiscal and governance debacle the city faces.

What started out as one TIF program in Chicago in 1984 has ballooned. Now, nearly 150 different TIFs generated $1.2 billion in property tax revenues this year. That taking has left Chicago’s units of government fighting over money as city and school finances crumble under junk ratings.

What’s fascinating is that the TIFs only make up 10 percent of the total property value of the city, but they control over one third of its property tax revenues. That can explain why the local governments that don’t have access to the TIF money are complaining so much.

Now, New Trier Township is no Chicago. But if Kenilworth actually builds out its TIF, then Wilmette, Winnetka and other villages in the township will want one, too. Village leaders won’t want to miss out on the oversized control over property development a TIF gives them. And in 15 to 20 years, there’s no reason to think our area school districts, and library and park districts, won’t be fighting the TIFs for money just like CPS is. 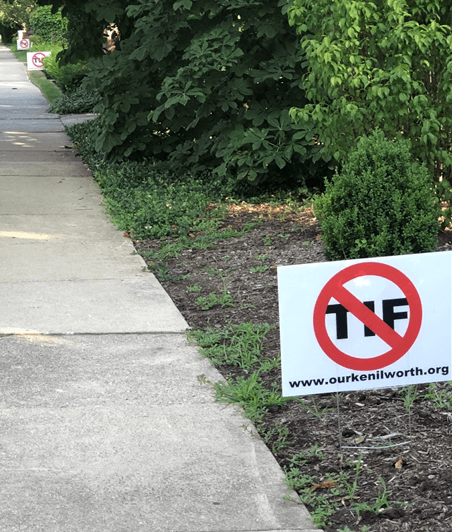 As we’ve covered in our previous pieces, these TIFs are inefficient at best and corrupt at worst. And they are certainly not transparent nor are they vehicles for good governance.

The second thing Kenilworth residents need to understand is that the TIF decision does not have to be accepted. What happened in the Village of Lakewood offers some hope. There, opponents of a 2015 TIF decision by the village elected a new slate of board members in 2017. As the Daily Herald reported, “voters in the April [2017] election handed all four open seats – village president and three trustee seats – to a slate that made eliminating the TIF a top priority.”

That new board went on to cancel the $66 million TIF and its plans to develop more than 600 acres of property – a win for the residents of Lakewood.

Drive through Kenilworth and you can’t help but notice how many NO TIF yard signs are still up all over the village.

There’s still hope the TIF can be reversed.

So they passed the TIF over the objections of the people that put them there namely the residents ? I can’t imagine the wealthy residents won’t go to full scale war over this. Elected officials represent exactly who ? Common theme in politics these days. Tell lies, get elected, foist your own personal agenda on voters instead of why they put you in office.