We wrote earlier this week on why Illinois’ COVID-19 policy should be to obsess about the elderly and infirm. Data clearly show that only the elderly and those with certain comorbidities (who are mostly elderly) face serious risk and it’s they, in overwhelming numbers, who are dying. Eighty-eight percent of Illinois deaths from the virus are age 60 or older, and fatality rates for younger people are infinitesimal. Accordingly, Illinois’ policy of general lockdowns and school closures is upside down, failing those who are actually at risk.

What are those alternative measures to better protect high risk groups?

In this article, we will present a few.

For background, a debate on COVID policy now rages between two camps of medical experts.

One group has signed what’s called the Great Barrington Declaration. Because the risk of death is more than a thousand-fold higher in the old and infirm than the young, it says a more compassionate approach is to allow those who are at minimal risk of death to live their lives normally while better protecting those who are at highest risk. They call it “focused protection.”

The other group says focused protection isn’t realistic because uncontrolled transmission in younger people risks significant deaths across the whole population. Their statement says prolonged isolation of high-risk groups is practically impossible, unethical and not feasible.

It’s the focused protection approach that seems more sensible to us, but it also seems the two approaches are not binary alternatives. Whichever side you are on, shouldn’t the measures that follow become policy?

We make no claim that these measures are original ideas. Most have been made by others but ignored by health authorities that have focused instead on broader measures. Many are simple matters of adjusting the public communications by state and local health authorities:

Americans of all age groups are “blinded from science” when it comes to understanding how heavily mortality risk is concentrated in the elderly, said the authors of a credible opinion poll we reported on earlier. “These results are nothing short of stunning…. Six months into this pandemic, Americans still dramatically misunderstand the risk of dying from COVID-19,” they said. Both the elderly and younger people in contact with them simply need to understand through better messaging from health authorities.

This is an interesting topic unto itself, coming under the label of what researchers call “risk compensation.” Do mask wearers become less cautious about distancing and other safeguards, thinking they are protected by masks? The answer isn’t certain but it would appear they do, and they should be warned. 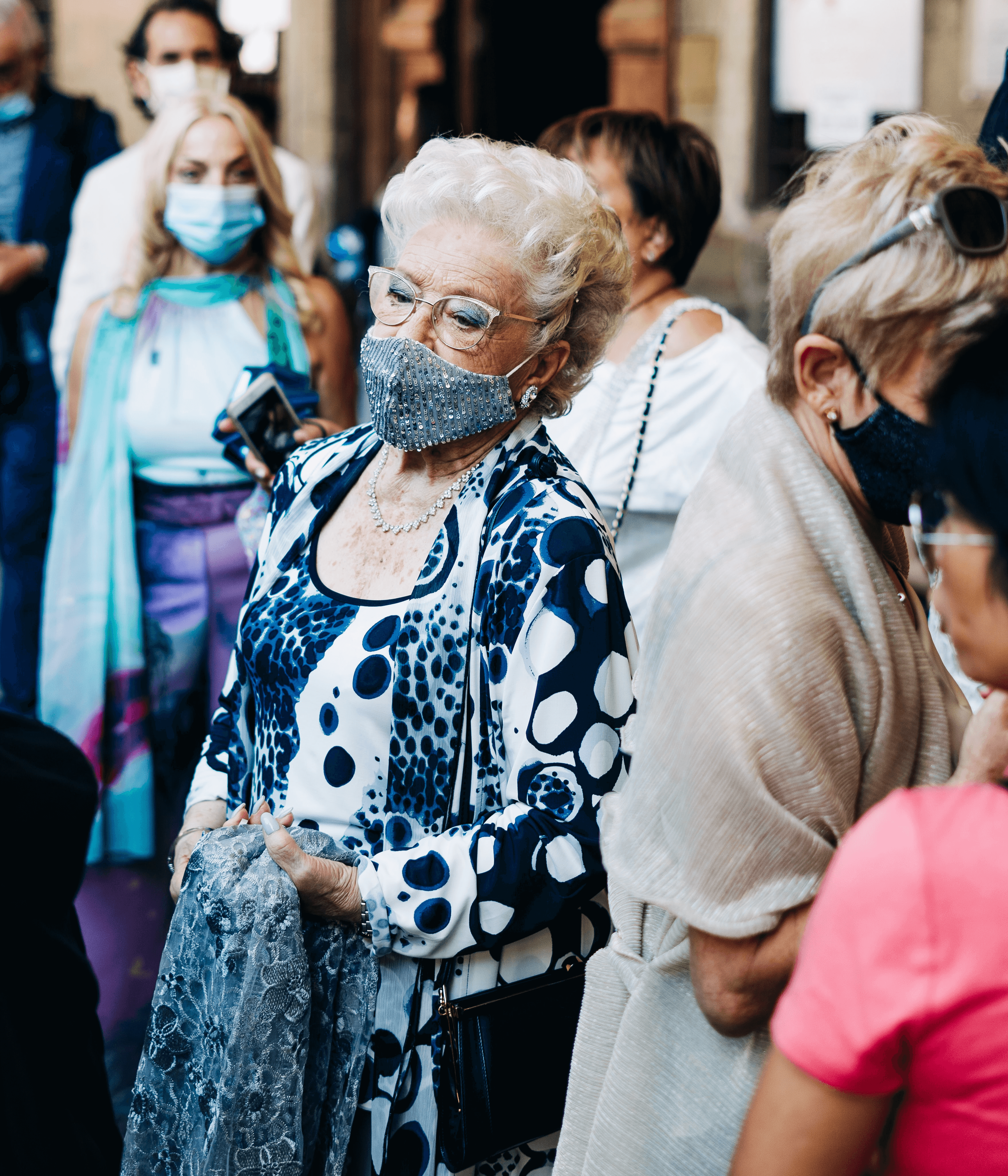 What we know is that the primary communication health authorities bombard us with is masks, masks, masks. The head of the Center for Disease Control went so far as to say that masks are more effective than vaccines.

I can find nothing whatsoever to support such a strong claim. Studies on mask effectiveness have come to different conclusions. A credible one recently completed in Denmark found that masks are of no value protecting the to the user. However, they do reduce chances the user, if already infected, would spread it further.

Whatever the truth is on that, it’s easy to find evidence by yourself that many elderly apparently think it’s safe for them to loosen social distancing measures. The grocery store in my neighborhood, for example, is routinely full of eighty-ish shoppers with masks. That’s reckless for some, especially those with underlying causes, unless they’ve chosen to take an informed risk, but they probably haven’t been properly informed.

Studies have directly addressed the question of over-reliance on masks though they, too are mixed. Here’s one finding that over-reliance is real, though another found that it’s not.

The reasonable policy in light of that uncertainty would seem to be that messaging on masks should include a warning that they are far from foolproof. As a scientist here put it, “It is important to reiterate the fact that face coverings need to be combined with other health behaviours such as frequent hand washing for maximum efficiency.”

Some volunteer groups around the state have already stepped up to provide this service, but the state could easilly encourage their formation and put out the word that those services are available. That’s not being done.

The private sector seems to have responded well, but it’s unclear whether all those who are at risk are genuinely offered the option to work from home. All reasonable pressure should be applied to encourage those accommodations.

The signers of the Great Barrington statement offered these suggestions:

Nursing homes should use staff with acquired immunity and perform frequent PCR testing of other staff and all visitors. Staff rotation should be minimized…. When possible, they should meet family members outside rather than inside…. A comprehensive and detailed list of measures….can be implemented, and is well within the scope and capability of public health professionals.

Respecting use by nursing homes of “staff with acquired immunity, it should be noted that well over half Illinoisans could now be immune – based on official numbers – most of whom were infected but never tested and now carry antibodies. They should be identified with antibody testing and used as frequently as possible to staff retirement homes.

Some of the above measures for retirement homes are supposedly in place, but it’s fair to ask how seriously they are being enforced in light of the huge death toll in those homes – over 6,000. The Chicago Tribune covered the state’s failures in its in-depth report: Illinois nursing home complaints not investigated for more than three months amid pandemic that killed thousands of residents, and we wrote earlier about questions and problems in Illinois’ handling of retirement homes.

With that kind of failure, it’s fair to ask what level of other, serious failures remain unaddressed in other retirement homes, and to put the needed resources on ensuring a fix. 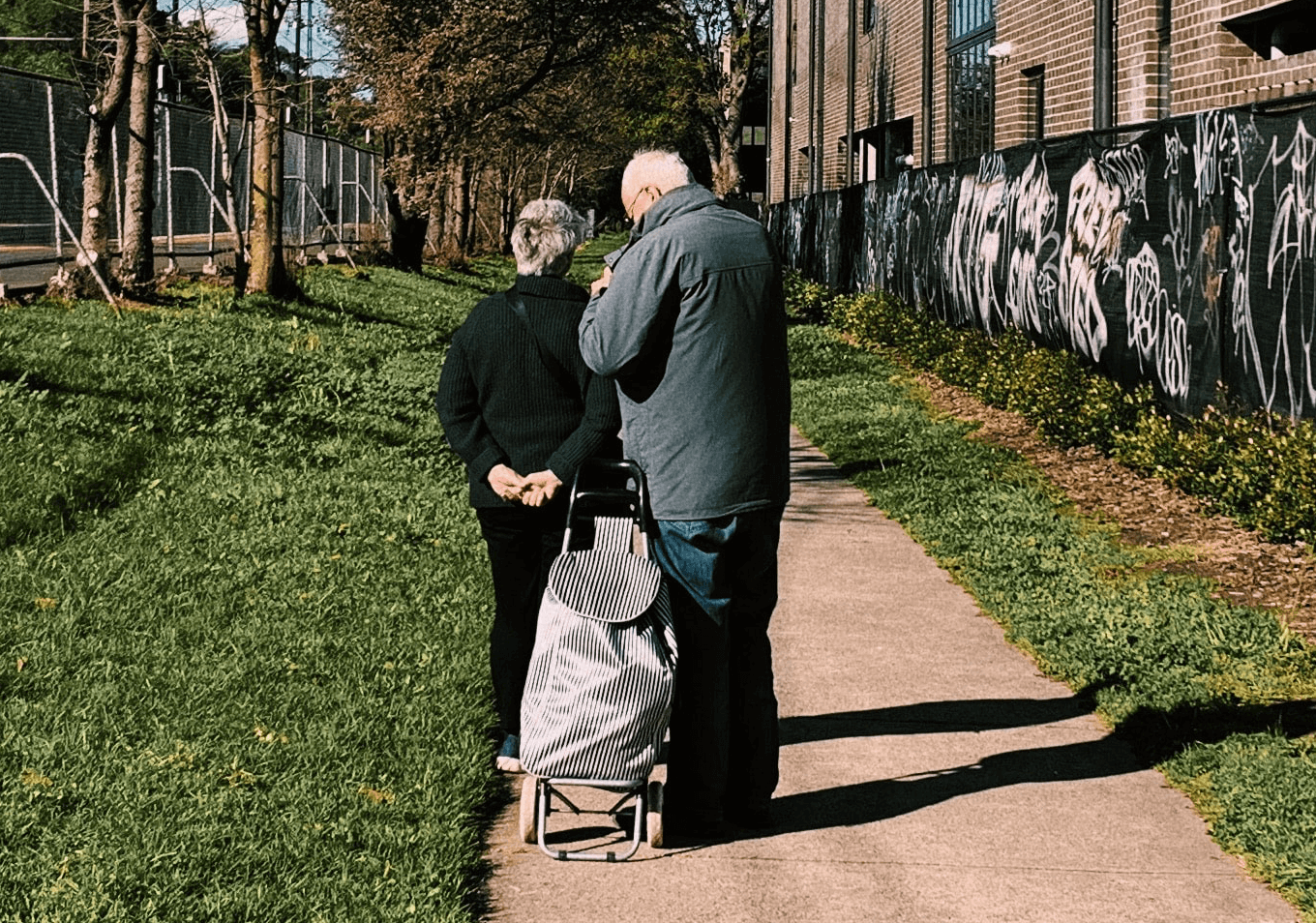 The bottom line should be minimizing deaths, and that demands the “focused protection” on those most at risk of death – a strategy endorsed by more scientists every day. A vaccine is only months away, making broad-based policies like school closings less and less sensible.

Obsess about those at risk.

Keep them alive until the vaccine arrives.

NO to any and all “covid vaccine,” of any type and for any age. Too much information is available about how these are specifically NOT the basic toxic viral soup + adjuvants. Genetic and related types of bio-engineering are at work. Wake up World.

Cynthia, I have only spoken to a few in some of those groups, as well as a few of the family members of the elderly who have died or who they haven’t been able to see for months. Decisions must be based more, I think, on selecting between the different camps of the best experts on this, instead of the limited anecdotal evidence I could collect, so that’s what I have done. No matter what direction we take the tragedies will be enormous, and the challenge is doing the most amount of good for the most amount of people. I… Read more »

I agree. We have a large university doing rapid testing every three days on their students. We should be using that kind of testing in the long-term care facilities. Also hiring additional staff to clean and sanitize since the nurses are over worked with residents that are sick in the nursing home.

No testing for this is validated. Testing is Trapping because it can result in further isolation/quarantine of people. Just watch.

And tests do not mean anything from a public health perspective, only to those who have been brainwashed.

According to Trib, IDPH is sitting on results of the independent report they commissioned with Manatt Health Consultants to review IDPHs handling of long term care facilitates. Apparently Tribs filing FOIA’s to get results released. Very suspicious. Surprised no republicans are making a fuss. Kwames nowhere to be heard from https://www.dph.illinois.gov/news/idph-announces-top-bottom-independent-review-long-term-care-bureau-response-delay-complaint Also, remember when the press reamed Rauner over the deaths of veterans from legionnaires disease at veterans home and jb made it a priority to tear down the veterans home and build or are building a bran new facility—–Wheres the outrage over the LaSalle Veterans Home covid deaths?? if… Read more »

While this article contains some good insights, in my opinion there are a few pieces of the puzzle left out. One of those is the availability of “work-from-home” for those at risk. How many actually have jobs that this is even possible? I am almost 65 years old and I know many people like myself who work in factories, construction, retail, farms or thousands of other physical jobs where work-from-home is not an option. We view the coming vaccines with great suspicion no matter how well intentioned. We work because we must without fear of the “Covid Angle of Death”.… Read more »

Those are fair points, John, and I hope that you will be able to visit her soon.

You are so right. With the oceans of money wasted on patronage windfall profits (McCormick Place ‘hospital ‘ for example), it would have been simple and cost effective to supply volunteers or paid floaters to ltc facilities for sole purpose of Zoom call or voice call facilitation. The simple act of communication with loved ones is complicated in ltc facilities by HIPPAA (if using a common-room computer, others’ privacy may be violated). In order to coordinate a call for a resident who needs assistance with it, it requires a great deal of dedicated time from a nursing staff with no… Read more »

If we have learned anything from the pandemic, it is that we need a thorough re-evaluation of public health departments (at every level) and their influence on politics. These groups have spent years studying gun control and “social justice” instead of what they were set up to do, control infectious diseases.

Sadly, Gov Pritzker and his administration chose to NOT protect the most vulnerable. Rather, it can be convincingly argued Pritzker chose to politicize the pandemic, as did a number of other Democrat Gov’s and the media to influence the election. It can also convincingly be argued that Pritzker also chose to personally profit from the pandemic (we still have no transparency from Pritzker)

Protection for the most vulnerable will come as the vaccines are rolled out next month that were developed with President Trump’s leadership via his Operation Warp Speed.

Exactly. Spot on. I’m a Trump Supporter but would not take this vaccine, however. If you are healthy there is no need for it, just like the influenza vaccine.

January 22, 2021
A sweeping, radical rule is pending for Illinois K-12 teachers that should prompt everyone, of all political stripes, to fear about the fundamental roles that teachers and classrooms are assigned to fulfill.
View Comments (5) | Add Comment