Illinois’ current lame duck session and the subsequent gathering of the new General Assembly should be consequential, perhaps one of the most consequential in the history of the state. After all, lawmakers haven’t met since May, and needless to say, a lot has happened since then. Here’s a short list:

There’s so much at stake you’d think lawmakers would act with urgency to help Illinoisans struggling under the weight of lockdowns and the state’s general malgovernance. 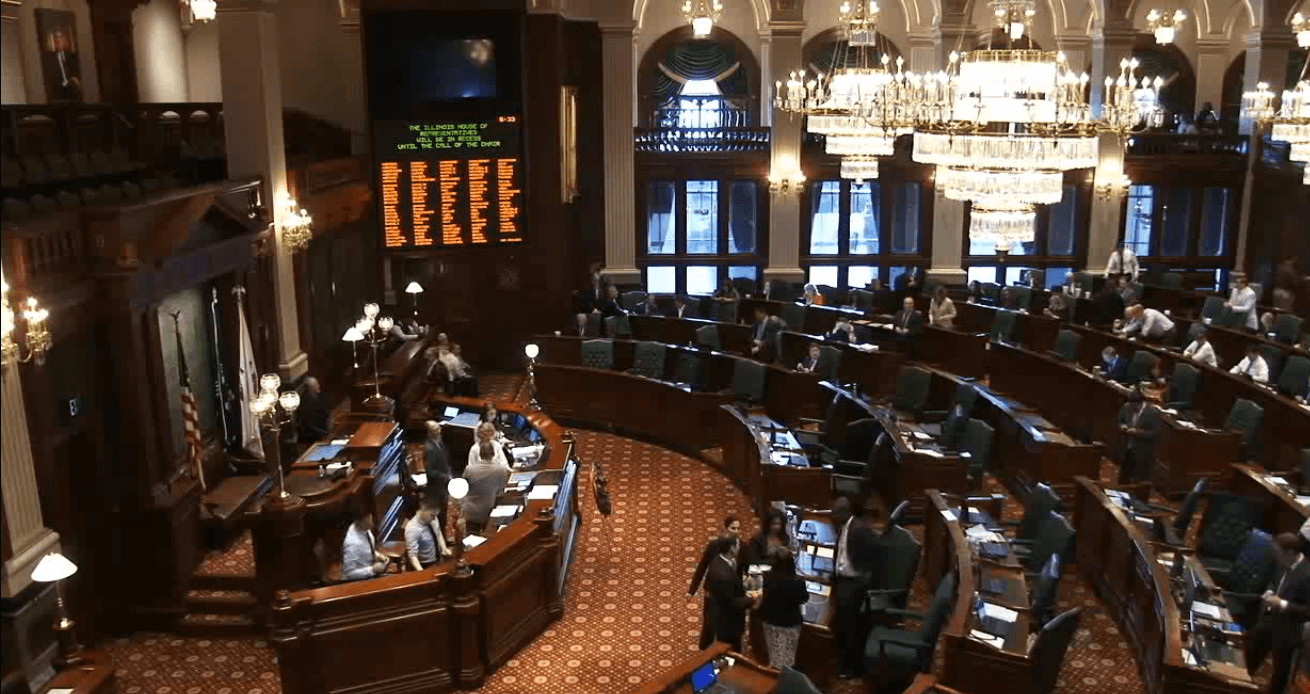 Don’t count on it. This legislative session will likely be full of drama, but little substance. We would like nothing more than to be proved wrong, but that is what we fear will occur.

For one, nothing is likely to happen regarding Illinois’ budget deficit. The outcome of the U.S. Senate elections in Georgia – with Democrats now fully in charge – has dramatically deflated any pressure for action by the Illinois legislature. State lawmakers will now wait and see how much money Congress sends Illinois as part of a state and local aid package before they take any real action on the budget.

The credit rating agencies will also wait to act on any potential downgrades. They’re unlikely to reach a decision on Illinois until they know the size of any aid package and how much pressure it relieves.

Two, don’t expect the legislature – meaning Speaker Madigan – to restore the rule of law by stripping Gov. Pritzker of his executive orders. We’re ten months into this pandemic and there’s plenty of evidence that Pritzker’s rule by executive fiat has made things worse.

We can only guess that Madigan prefers to let Pritzker own the response to the COVID pandemic. After all, Madigan had the chance to take back control when the legislature last convened last May, but didn’t.

Three, expect any fair maps proposal to go nowhere. Illinois’ political leadership will simply ignore the plan as they’ve done in the past.

Four, don’t expect anything to come out of the legislature that resembles a real plan to fix the state. Illinoisans needed massive structural spending reforms even before the pandemic, and the lockdowns have only made everything worse. The state’s job and business losses have been extreme, taxes across the state continue to rise, and Illinois’ official pension debt hit a record $144 billion this year, though Moody’s says the more realistic state shortfall has jumped to $261 billion. And Illinois continues to lose people at a terrible rate.

But nobody in the legislature has crafted a plan to get Illinosans out of this misery. No, we’re not talking about the short-term fixes and gimmicks to plug one-year budget holes. We’re talking about a real 5-7 year plan – including structural pension reform – that fixes Illinois’ problems once and for all.

Instead of a plan, Madigan is focusing on what matters most to him: getting reelected as Speaker. Step number one for him is affirming his worth to the Black Caucus by getting their sweeping criminal justice reform bill passed.

We won’t go into the details of the legislation here – it tackles a host of issues related to law enforcement. For now, just know it’s a key part of Madigan’s strategy for remaining in power.

One note of irony is related to another piece of legislation in play: a bill that grants the Chicago Teachers Union more power over contract negotiations with CPS. Currently, the CTU is officially limited to bargaining over only salaries and benefits during contract negotiations. The bill would expand the union’s bargaining ability to a host of other non-monetary issues. (Note that the bargaining limitations did nothing to stop the union from striking three times in the last decade.)

Conversely, the Black Caucus’ reform bill would strip police unions of their ability to bargain over anything other than salaries and benefits.

That exchange just about sums up the absurdity of Illinois politics.

To read more from Wirepoints on the topic:

Hinz has another article out today, talking about what the legislature is up to. There is this gem: “I’d like to report that something is coming to reduce the state’s yawning pension liability, up another $7.2 billion in the year ended June 30 to $144 billion, according to COGFA. But Hynes left me with no impression that even a partial pension fix of consequence is on the way. Which means that it could be a good decade until the problem fixes itself, as older pensioners who get more generous benefits than those hired after 2011 die off.” He said, “…until… Read more »

Wow,arent you the smart one

I didn’t think the anti-cop bill was going anywhere till I saw that was something that the Leprechaun could use to buy black support for remaining Speaker. Now I’m terrified. I’d ask if there is anything that human malignancy won’t sacrifice to retain his total control of the state, but I’m afraid of the answer. I’m afraid the only way he will leave that post is at room temperature or in handcuffs.

Both parties made a deal with the devil for power. It’s kind of crazy how quickly things have accelerated.

When are people gonna take a stand against these joke assed illinois politicians and their feckless policies,oh yeah,most chicagoans are in it for the all the ” free giveaways”-never mind,this state is a lost cause!

Absolutely true, all there concerned about is how to raise taxes and screw businesses even more, it’s all about there pockets, it’s all about BLM, it’s all about how to screw are policemen and policewoman nothing absolutely nothing for Illinois hardworking people what’s left of us. Can this get anymore depressing than what it is wake up Springfield.

These fools could care less about the populace,its all about fattening their bank accounts,i would suggest getting a firearm,gonna get worse before it gets better!-im ready,are you?!

Been ready for a long time my friend

No we won’t. Durbin even said don’t expect it.

Didn’t Durbin say that before the Georgia senate race, now I believe he thinks Illinois is a shoe in for billions.

These guys just de-platform anyone in opposition, have no qualms at all about revoking speech, worship, borders, guns, etc. Why on earth would they not bail out illinois with control over both Spending branches of government now? They may have to spread it around but rest assured Illinois will be bailed, government protects its own. This new administration will massively bail out government sector pensions, no doubt in my mind.

He does more flips than the grill guy at McDonalds….

I’m looking forward to hearing your take on the criminal justice reform bill. The police officers I’m acquainted with in central Illinois are in a panic over it. They believe it will end law enforcement in Illinois as a chosen profession and will turn Chicago and most larger downstate metros into dystopian hellscapes.

I really appreciate your work at WP. Thank you for doing real journalism and shining a light on these issues.

“They believe it will end law enforcement in Illinois as a chosen profession and will turn Chicago and most larger downstate metros into dystopian hellscapes.”

Policing will no longer attract cops, it will attract woke social justice warriors, many of whom will be wearing brown shirts during the interview. They won’t be concerned about arresting poor people for stealing bread (or looting). They’re only concerned with coercing you to take the knee, without using force, of course.

Try and find ammo government seems to be hoarding it

The only use for your AR will hunting woodland creatures for food in rural northern wisconsin, where the Feds will have a hard time oppressing the last remaining non-complaint pockets of population. There’s zero chance any of us will ever use use our guns against Harris’ brown shirts.. Our side has no logistics or supply lines and government completely controls all communications. That being said, that’s why I have my AR, in case I need to pack everything up into the truck on a moments notice and live out my days in the middle of nowhere. At best, some state,… Read more »

Lol debtsor,death before dishonor my friend,i would rather fight on my feet then surrender on my knees!!

Illinois is already a dystopian hellscape.

The socialist are working overtime to silent conserative voices, end policing that stops criminals, and next on the list will be second amendment issues. They need to disarm conservatives, not just silent them.

ABOUT US
© Wirepoints Corp. 2012 - 2020. All rights reserved.
Contact us: admin@wirepoints.org
FOLLOW US
wpDiscuz
26
0
Would love your thoughts, please comment.x
()
x
| Reply